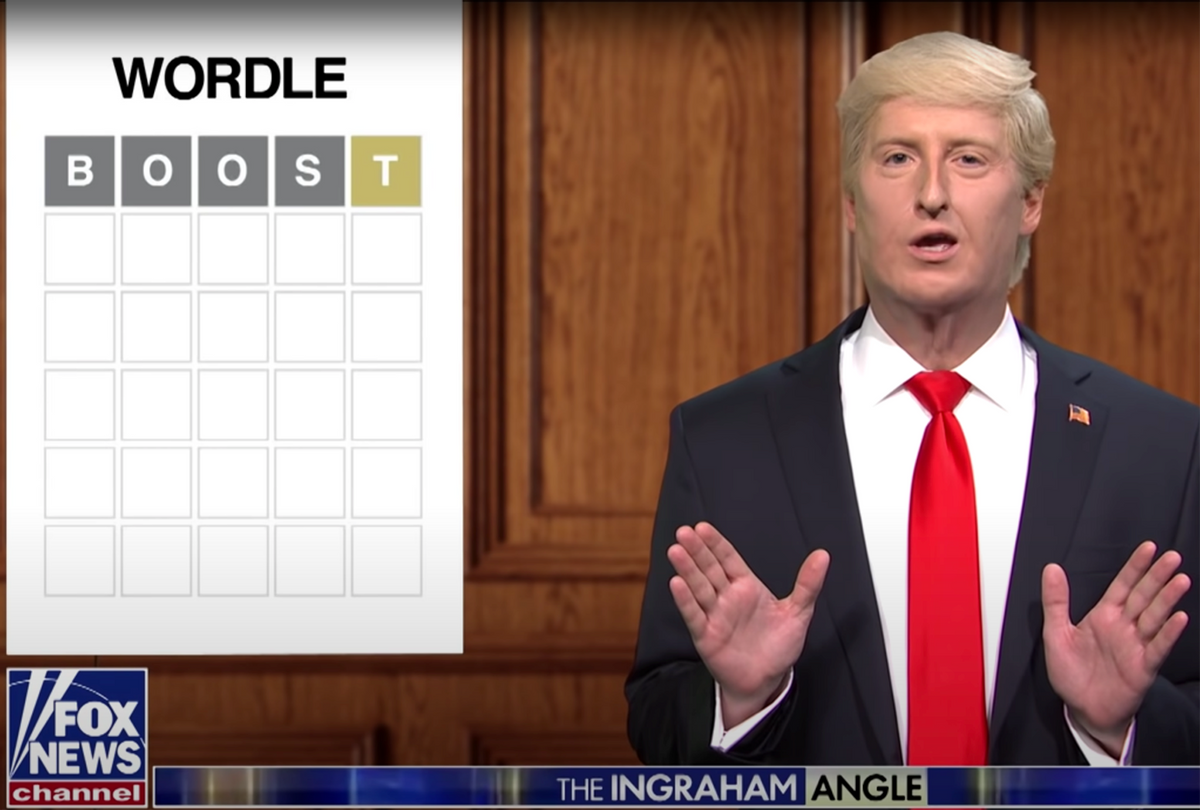 "Talk of the 2024 Republican Primary is already heating up, so let's talk to the svelte, muscular, 230-pound gorilla in the room, Donald Trump," host Laura Ingraham, played by Kate McKinnon, said in introducing Trump.

"It's wonderful to be here," Austin's Trump responded. "I'm back, just like Tiger King II. You had fun the first time, and now you're like, 'How are more people from this not in jail yet?'"

"Now, Mr. President, you're out on the trail again creating controversy with your typical whacko stuff and uncharacteristically reasonable takes on booster shots," McKinnon's Ingraham said. "Would you like to give our viewers a taste?"

"I sure would. Let's get today's Wordle. Can we do that please?" Johnson's Trump responded, before launching into a Wordle-salad version of the game.