Have butter, noodles and onions? Make this simple weeknight meal

This dish showcases the full personality of the onion. The one that only people who really love it get to see 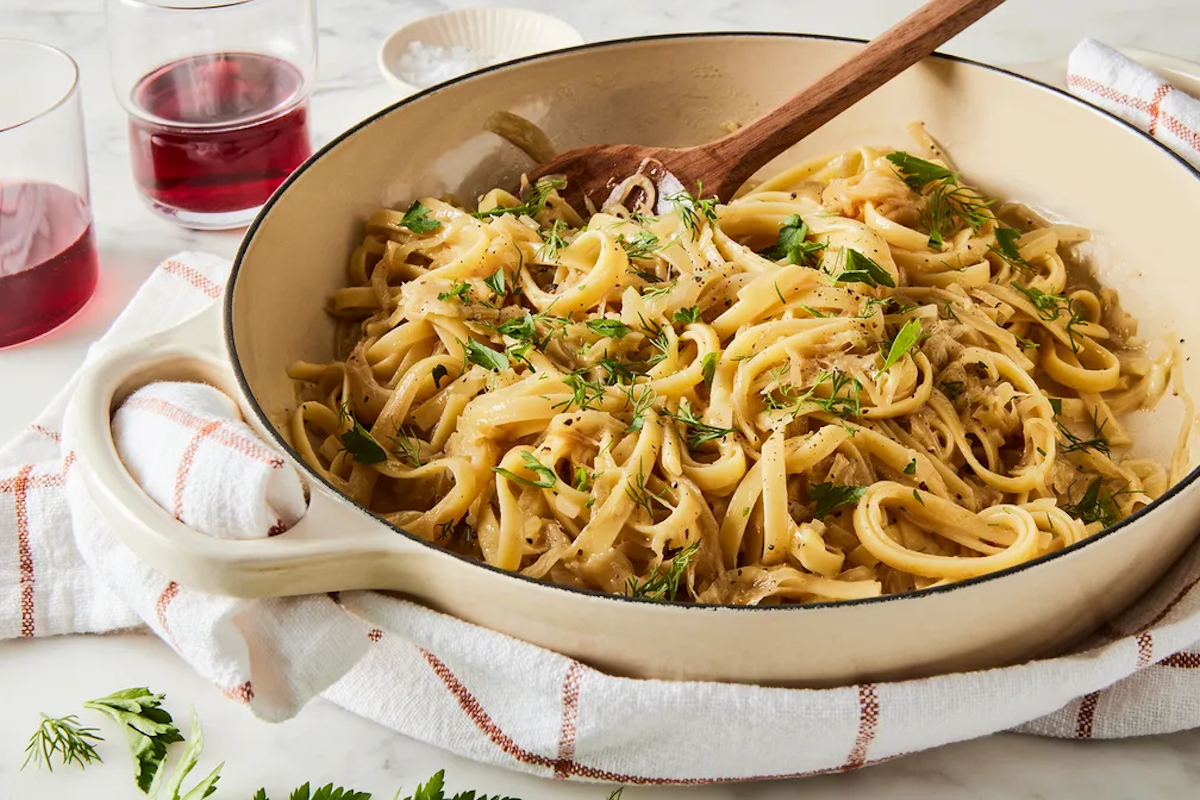 An onion knows when it's in danger. That's why when you cut it with a knife, or blitz it with a food processor, or pulverize it with a grater, it fights back. It wields sulfur, absorbed from the soil, as a weapon, as its own knife or food processor or grater, sharp enough to make you weep.

A skillet and stove change all this. "The various sulfur compounds react with each other and with our substances to produce a range of characteristic flavor molecules," explains Harold McGee in "On Food and Cooking." With fat, heat, and patience, the sharpness in onions softens into something as sweet as candy.

But who said sharpness was a bad thing? An insult is only an insult if you interpret it as an insult.

One of our community's most beloved recipes is James Beard's Braised Onion Sauce, which starts with a pound and a half of onions and almost a stick and a half of butter. You cook the onions for an entire hour, until they become unrecognizable, closer to jam than anything else.

Unsurprisingly, another one of Beard's most iconic recipes also revolves around onions. But in this case, they aren't cooked for an hour. They aren't cooked at all. In the dish, which he swiped from his business partners Irma Rhode and Bill Rhode, they're sliced into slivers and turned into tea sandwiches.

Especially with onions, cooked and raw are opposites that couldn't be farther apart — or closer together. Like Lindsay Lohan in "The Parent Trap" or Vanessa Hudgens in "The Princess Switch." If you look closely, it's just the same actor in a different outfit with different makeup and a different accent.

Of course, that is what makes it so impressive.

These buttery noodles take a similar approach. You sauté an armload of onions until they relent into savory, soothing mush. Then, just before you sit down at the end of a long day, as you are tossing pasta with butter and more butter, you add a couple spoonfuls of minced raw onion, brash and reviving, like a splash of vinegar.

It is not one or the other. It is both. And isn't this what all of us want? For someone to see us — really see us — for all our prettiness and ugliness and want to stick around anyway? To think our glossy, sautéed sweetness is beautiful. And that our stinging, rude sharpness is beautiful.

Albeit swift enough for a weeknight, this dish showcases the full personality of the onion. The one that only people who really love it get to see.