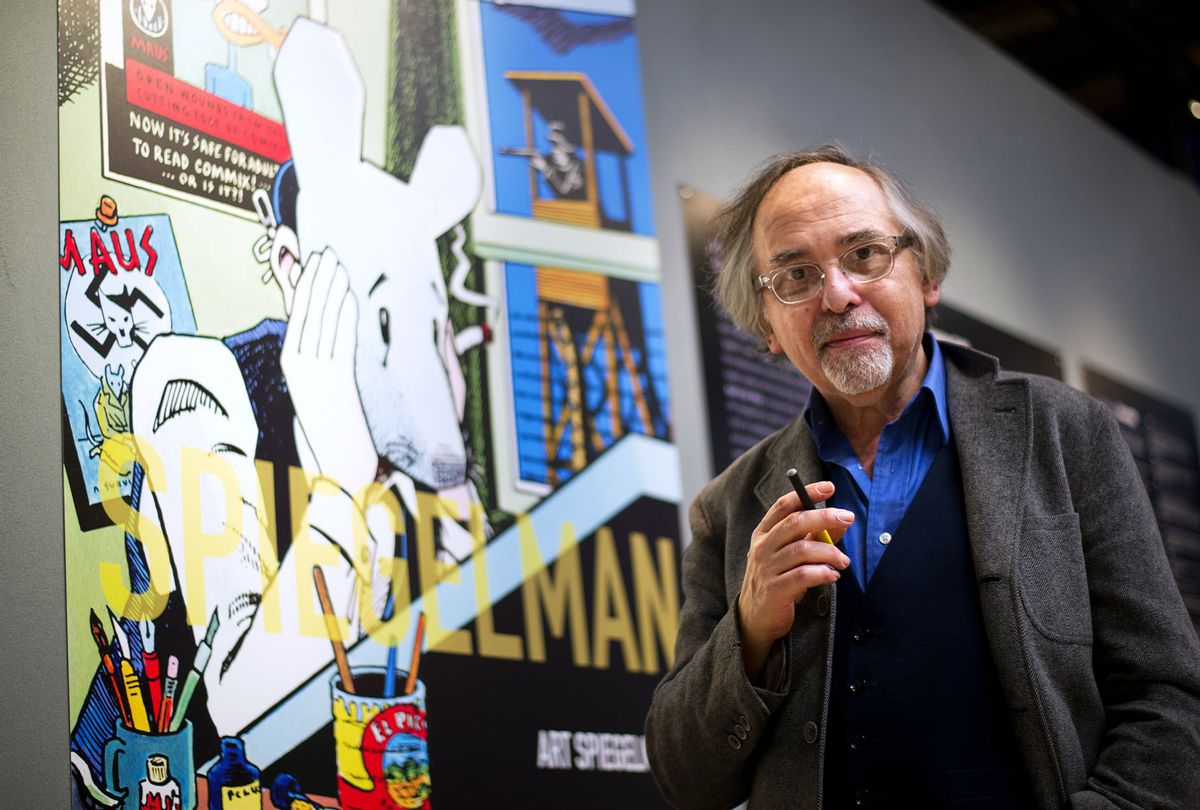 US comic book artist Art Spiegelman poses on March 20, 2012 in Paris, prior to the private viewing of his exhibition 'Co-Mix', which will run from March 21 to May 21, 2012 at the Pompidou centre. The Swedish-born New Yorker Spiegelman, 62, is known as the creator of "Maus", an animal fable of his Jewish father's experience in the Holocaust -- the only comic book to have won a Pulitzer Prize, the top US book award. (BERTRAND LANGLOIS/AFP via Getty Images)
--

A Tennessee school board voted to pull Art Spiegelman's "Maus" – an award-winning graphic novel about the Holocaust – from the county's eighth-grade language arts curriculum, citing eight instances of profanity and one image of a nude woman.

The 10-0 vote by McMinn County Board of Education was originally made on January 10 but is just now garnering national attention. The decision, first reported by The Tennessee Holler, comes amid a nationwide GOP-led push to purge hundreds of books dealing with themes of race, sex, and gender from K-12 library shelves.

Asked about the board's vote, Spiegelman called the move "Orwellian."

"I'm kind of baffled by this," he said in an interview with CNBC. "I've met so many young people who ... have learned things from my book."

The 73-year-old graphic novelist added that he suspects the board nixed his work not because of cursing or nudity but because of its subject matter.

"Maus" tells the story of Spiegelman's father Vladeck, a Polish Jew, living in a concentration camp during the Holocaust. The novel, which depicts ​​Jews as mice and Nazis as cats, is intercut with scenes of Spiegelman interviewing Vladeck in the present day to glean more information about his father's past. "Maus" was one of the first graphic novels in U.S. history to be referenced in academia, and is widely regarded as a pioneering work for the medium.

RELATED: What was the first banned book in history?

Lee Parkison, Director of School, who presided over the board's vote on "Maus," said during a January 10 board meeting that "there is some rough, objectionable language in this book," according to minutes taken by the board.

Tony Allman, another board member attending the meeting, told fellow members that "we don't need to enable or somewhat promote this stuff."

"It shows people hanging, it shows them killing kids, why does the educational system promote this kind of stuff, it is not wise or healthy," Allman added.

The board apparently weighed redacting the specific material they found to be objectionable in "Maus," but ultimately chose to remove the work altogether over fears of copyright infringement.

This week, McMinn County's vote was widely condemned by writers and authors online.

Award-winning book author Neil Gaiman lampooned the vote, tweeting: "There's only one kind of people who would vote to ban Maus, whatever they are calling themselves these days."

"Amazing that these woke liberals are so concerned with people being offended that they're banning Holocaust literature," chimed Zack Beauchamp, Senior Correspondent at Vox. "Wait, sorry, these are the other guys."

The U.S. Holocaust Museum meanwhile stressed that it's important for young students to learn about the atrocities of the past as a way to guide their worldview in the present.