The actor has attempted to cut down on dialogue, to no avail 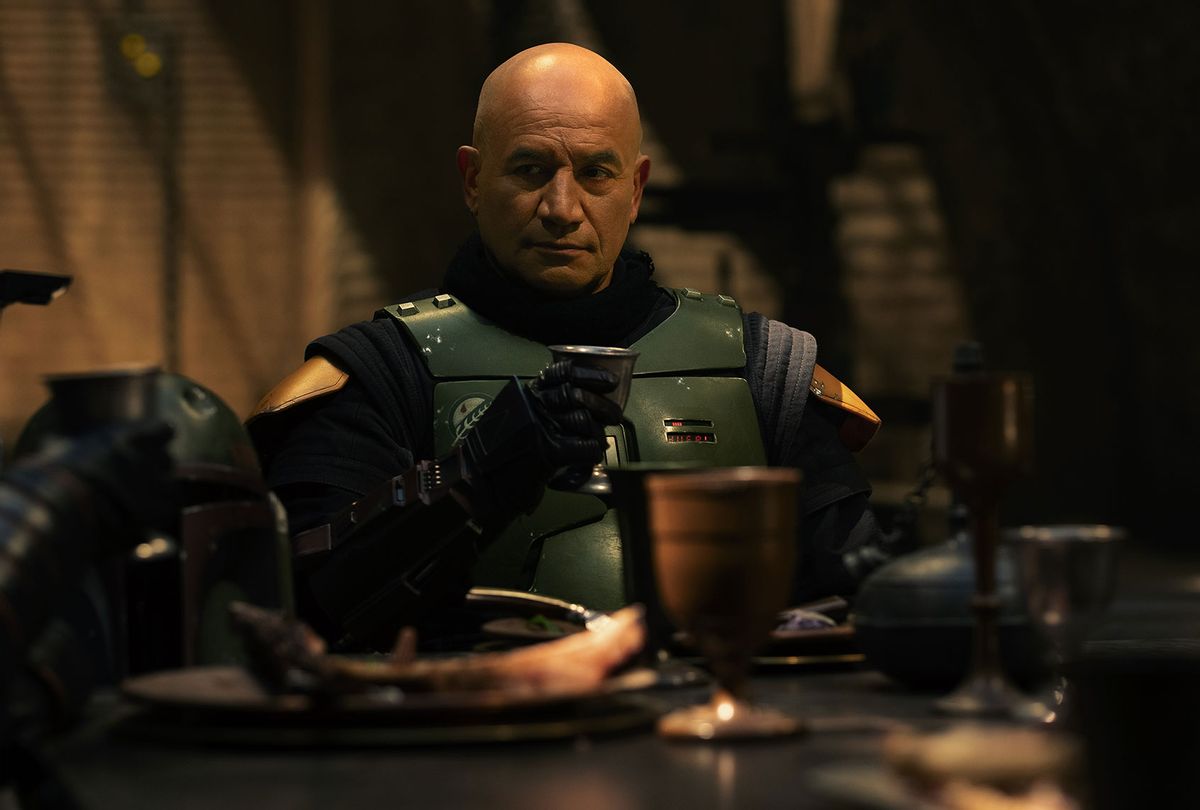 "The Book of Boba Fett" is changing the way we understand the titular Star Wars icon, who first showed up in "The Empire Strikes Back" and "Return of the Jedi" as a taciturn bounty hunter who barely spoke three lines. In the new show, he's taking over Jabba the Hutt's criminal empire on Tatooine and getting a lot more chatty. That change hasn't sit well with everyone, including star Temuera Morrison.

"I was not very successful, I was hoping not to say as much as I have already in the first two episodes," Morrison recently told NME. "I speak far too much. In fact, in the beginning, I was trying to pass my lines on to Ming-Na [Wen, who plays bounty hunter Fennec Shand]. I said: 'Excuse me, director, I really feel that Ming-Na should say these lines, 'cause I wanna stay mysterious. I wanna stay quiet.'"

Wen, for her part, was having none of it. "He wasn't just trying to be a very generous actor — which he is — he was just trying to parlay some of the work to me," she laughed.

But there's a question as to whether Boba Fett's newfound loquaciousness is a laughing matter or an odd turn for the character. Morrison's idea is that having Fett talk too much takes away from his mystique. There hasn't been conflict on set, but the actor did bring it up to creator Jon Favreau and writer Noah Kloor. "Sometimes, I'd say [to Favreau], 'I think this is too much, I think this is too much,'" Morrison remembered. "I said: 'Noah, this scene tomorrow. I'm talking too much! This Boba Fett doesn't talk this much. Look, I've got all these paragraphs. I think we should get rid of it and Jon's going to Atlanta so don't tell him!'"

Then, that morning on set, I get a call from Atlanta: 'Jon wants you to say all that dialogue. We'll cut it out later.' (laughs) So he was even keeping an eye on us from all areas.

Big parts of the series flash back to immediately after Boba Fett frees himself from the Sarlacc Pit he fell into in "Return of the Jedi," and involve him living with a tribe of Tusken Raiders who don't speak English. Given all that, "I had to start talking I guess," Morrison conceded. "We had to fill in the gaps and give out a little bit of information . . .  But yes, I think I did speak a bit too much."

What do you think? Is the new, chatty Boba Fett what the series needs or too far afield from how the character we know?

New episodes of "The Book of Boba Fett" air on Disney+ on Wednesdays.