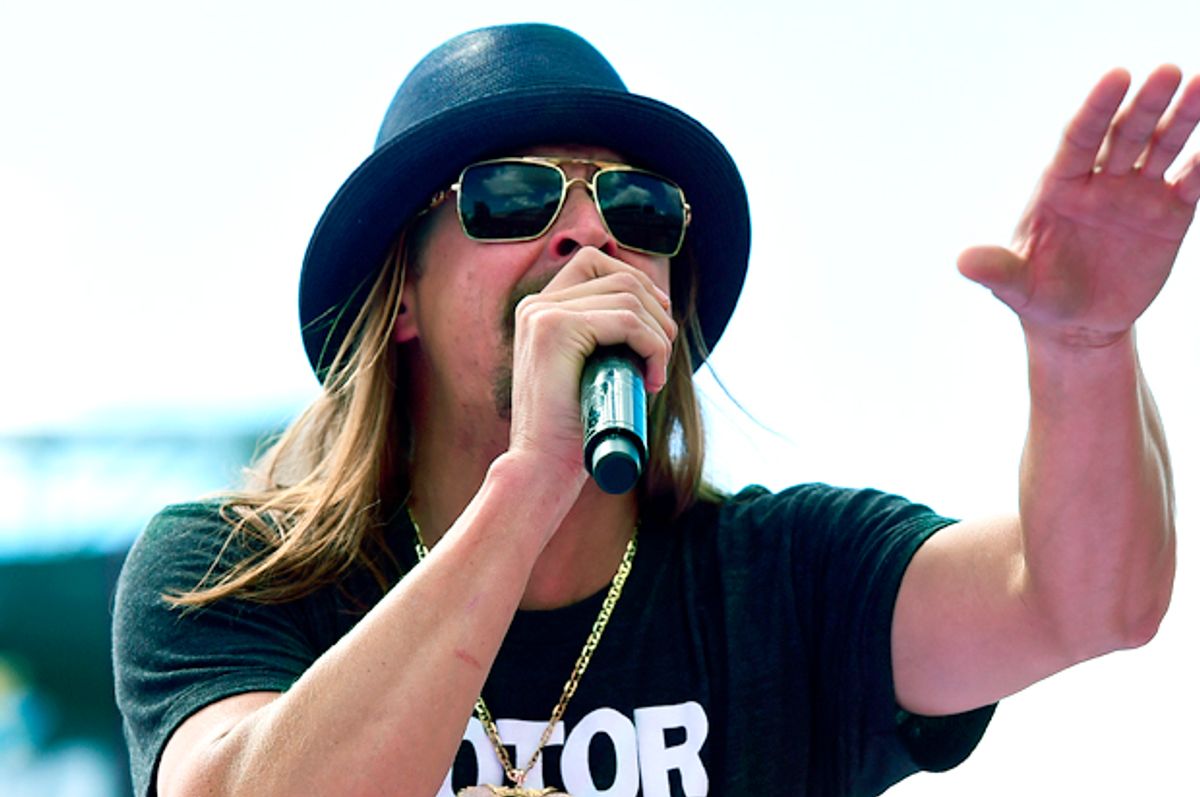 Conservatives in Tennessee are reportedly encouraging Kid Rock to run for Congress. According to a new report published by Politico, "some MAGA members of Congress" are working to recruit the rapper and country music star to enter Tennessee's 5th Congressional District.

However, Kid Rock has yet to reveal if he'd even consider such an offer. The latest follows the release of Kid Rock's politically charged new song, titled "We the People," which takes aim at President Joe Biden and the nation's top infectious disease expert, Dr. Anthony Fauci.

After the song was released, Kid Rock took to Instagram with details about former President Donald Trump's reaction to it. With a photo of the cover art for the new single, Kid Rock said, "I just got off the phone with our 45th President (hopefully 47th) and he expressed how proud of me he was over "We The People" being the #1 song on Itunes! Suck on that you trolls, critics and haters! Thank you to all the fans, I can't wait to see you on tour! Pedal to the fuckin' metal, LET'S GO!!"

"Fuck no, I'm not running for Senate, are you kidding me?" Rock told Stern at the time. "Who couldn't figure that out? I'm releasing a new album. I'm going on tour, too. Are you f***ing s***ting me?"