The EPA is tackling pollution in "Cancer Alley"

Better air monitoring is coming to the Gulf, along with a crackdown on polluters 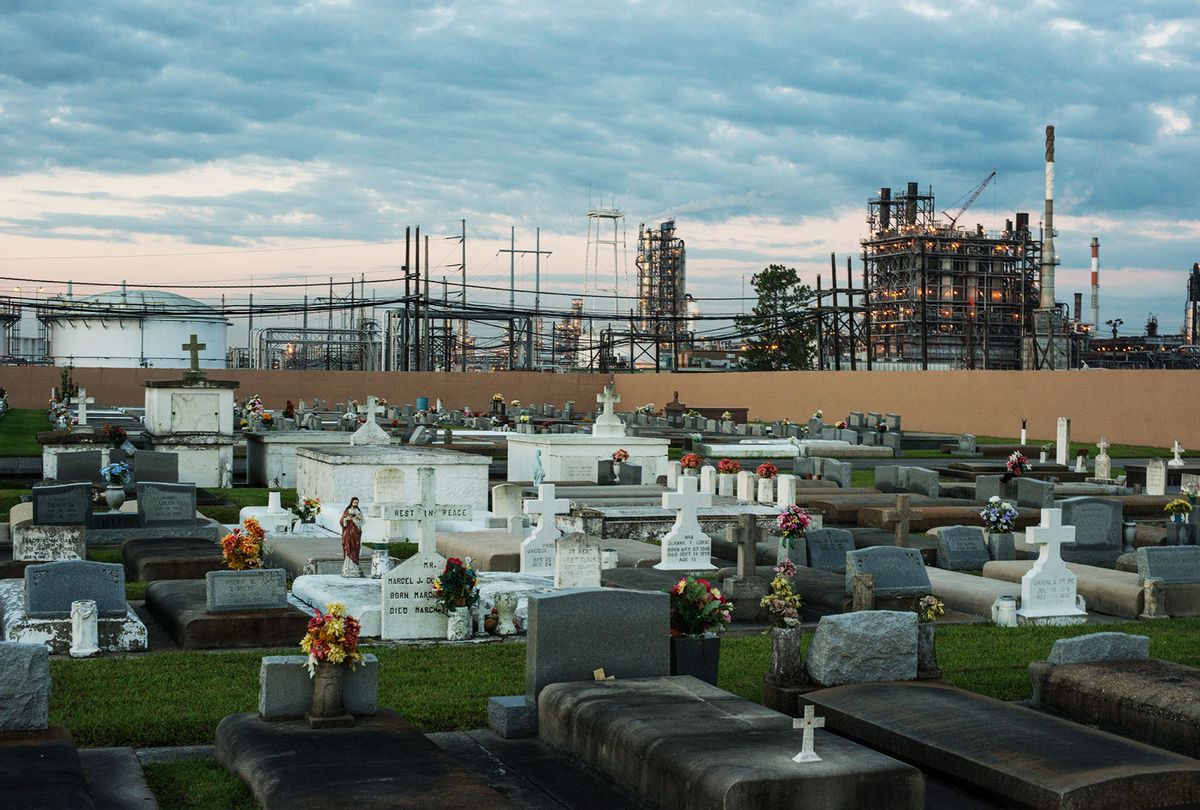 A cemetery stands in stark contrast to the chemical plants that surround it October 15, 2013. 'Cancer Alley' is one of the most polluted areas of the United States and lies along the once pristine Mississippi River that stretches some 80 miles from New Orleans to Baton Rouge, where a dense concentration of oil refineries, petrochemical plants, and other chemical industries reside alongside suburban homes. (Giles Clarke/Getty Images)
--

Residents of Louisiana's "Cancer Alley," an industrial corridor along the Mississippi River, have long been saddled with pollution from chemical plants and oil and gas refineries.

Two months after visiting the area on a "Journey for Justice" tour, Environmental Protection Agency Administrator Michael Regan announced plans on Wednesday to better monitor air pollution along the 80-mile stretch in Louisiana. Of the 10 census tracts with the highest cancer risk in the country, according to the EPA, seven of them are located in this corridor.

The agency plans to install "mobile" air monitoring units in hot spots like Calcasieu Parish, St. James Parish, and St. John the Baptist Parish to "dramatically improve EPA's ability to measure pollution quickly and assess situations in real-time," according to a statement. It's part of a larger Biden administration effort to protect public health in low-income, marginalized communities in Texas, Louisiana, and Mississippi.

The EPA's efforts won't stop with data collection. The agency also announced the creation of a pollution accountability team of "boots-on-the-ground inspectors" that will enforce environmental regulation in the South. Meanwhile, a pollution-tracking airplane will identify places that need investigating.

Regan traveled the Gulf region from Mississippi to Texas in November to see how pollution was affecting people's health firsthand. "When I was in Louisiana, nearly everyone I spoke with had a family member or neighbor who's been impacted by a serious illness," he told reporters. "We're talking about generations of people living just a stone throw away from industrial facilities who may be sickened by the air that they breathe."

In St. John the Baptist Parish, for example, a chemical plant in LaPlace once owned by Dupont called Denka Performance Elastomer sits just over a quarter-mile from an elementary school. The EPA required the Denka plant, which produces the suspected carcinogen chloroprene, to install monitors along its fence after reports of a chemical smell in the air, and Denka complied this month.

The EPA also took action on drinking water this week. On Tuesday, it ordered the city of Jackson, Mississippi, to come up with a plan after failing to provide residents with reliably safe drinking water. Residents have seen discolored water coming from their taps and were told to boil their water this week after winter weather caused old equipment to malfunction. Last February, cold weather froze water mains and pipes, and 70 percent of Jackson's water customers went a month without safe drinking water.

"The pollution concerns have been impacting these communities for decades," Regan said in a statement. "Our actions will begin to help not only the communities I visited on this tour, but also others across the country who have suffered from environmental injustices."