How climate change is hurting this new Mexican coffee

Piñons are essential to certain coffee roasters’ brews, but they may not be around forever 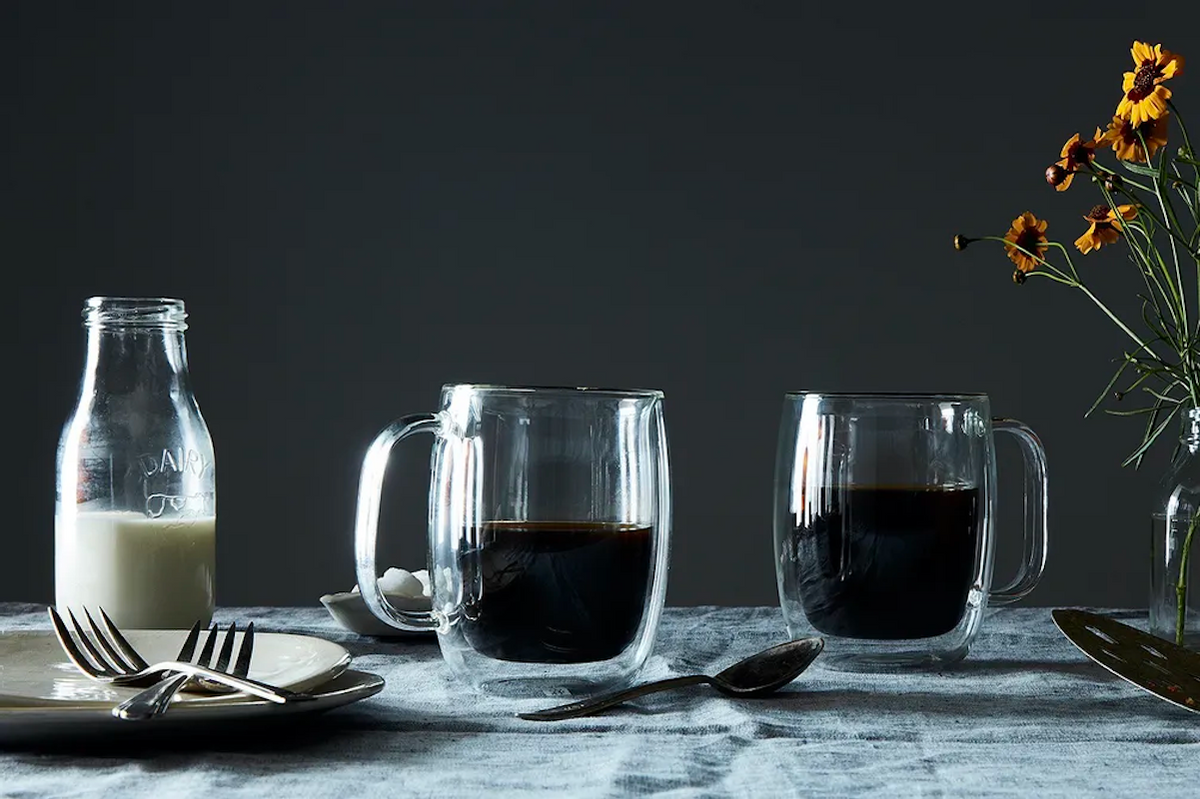 In the sunny state of New Mexico, a handful of adventurous coffee roasters add piñons, small pine nuts that grow in the Southwest U.S., to give their coffee a local flavor, balancing coffee beans' bitterness with piñons' rich and buttery notes.

Indigenous communities in the Southwest discovered and ate piñon nuts from the Pinus edulis tree many years before Europeans arrived, as evidenced by cracked nutshells found at archaeological sites. Like other pine nuts (you may know the European variety from classic basil pesto), piñons are protein-rich and a good source of essential vitamins and minerals, plus they have a sweet, buttery taste. Native American tribes ground the nuts with a stone, sometimes turning them to a nutritious mush. Today, piñon nuts might be used in many other ways in cooking, such as sprinkled over salads, used to make desserts, or simply eaten as snacks. But now, climate change threatens to make this already scarce crop even harder to get hold of.

"Getting a lot of piñons is pretty difficult," said Brandon Campanella of Bosque Coffee Roasters in Los Lunas, New Mexico. He explained that he took over the business with his wife shortly before the pandemic, after building a relationship with the previous owners. "We buy piñons from local pickers. When we have time, we go out and try to spend a few weekends and pick some ourselves." Campanella explained that once the piñons are shelled, they get roasted separately from the coffee, since they need to be roasted at a different temperature. Once the nuts are ready, he adds a palmful of piñons into each bag of coffee, around 6 to 12 piñons per pound.

Piñon nuts ripen slowly, and the cones take two years to mature. In some cases, several years can pass between decent crops. "2020 was a good year," Campanella said. "The people we buy from said it was better than it has been the last few years." The unpredictability of the crop means that producers who rely on it need to get creative. Fortunately, Campanella said he can store them for up to nine months. "I keep my unshelled, unroasted nuts in a dry cool space where they can breathe. Nuts that have been roasted and shelled, I put in a container and sometimes freezer."

But the days of getting hold of enough piñons could be limited for Campanella and other foragers. Rising temperatures and droughts are threatening the trees, and a research study found that between 40 and 80% of Pinus edulis trees died between 2002 and 2003 at study sites in Arizona, Colorado, New Mexico, and Utah. And while some strong monsoon seasons helped the remaining trees to recover, the Southwest is expected to become both hotter and drier in years to come. This is likely to spell trouble for the trees, which can notice even a 1°F temperature shift.

Using a foraged ingredient, rather than one from tended orchards, also has challenges beyond scarcity related to climate change, as the state's largest coffee roaster, New Mexico Piñon Coffee, discovered when they began to expand their business. "There isn't a way for us to prove that the nuts came from any particular place or were grown in any particular way," said Drake Miller, director of marketing at the New Mexico Piñon Coffee Group. He explains that as the company has branched into new markets, this issue has led to challenges with the FDA. So much so that the business had to make the difficult decision to no longer include the actual nuts in their coffee, due to increasing pressure related to regulations on food traceability. Now, the company uses all Arabica coffee beans and a custom-created, all-natural piñon flavoring.

For Campanella, continuing to use real, local nuts remains a priority, even though he is already finding that the nuts that make his coffee special are becoming harder to come by. "The crop is less than what it used to be, as far as how many piñons are on each tree." Plus, he said, there are more people going out to pick overall, including private individuals foraging for their own consumption, which also contributes to the nuts becoming scarcer. And although he said that the business will consider using an alternative nut from another state, such as Nevada pine nuts, if absolutely necessary, he would prefer to keep the regional flavor in his coffee. "We really want to stay with New Mexico piñons," he said. "It makes a big difference to the taste."