Racial tokenism: what happened to Miranda in the "Sex and the City" reboot? 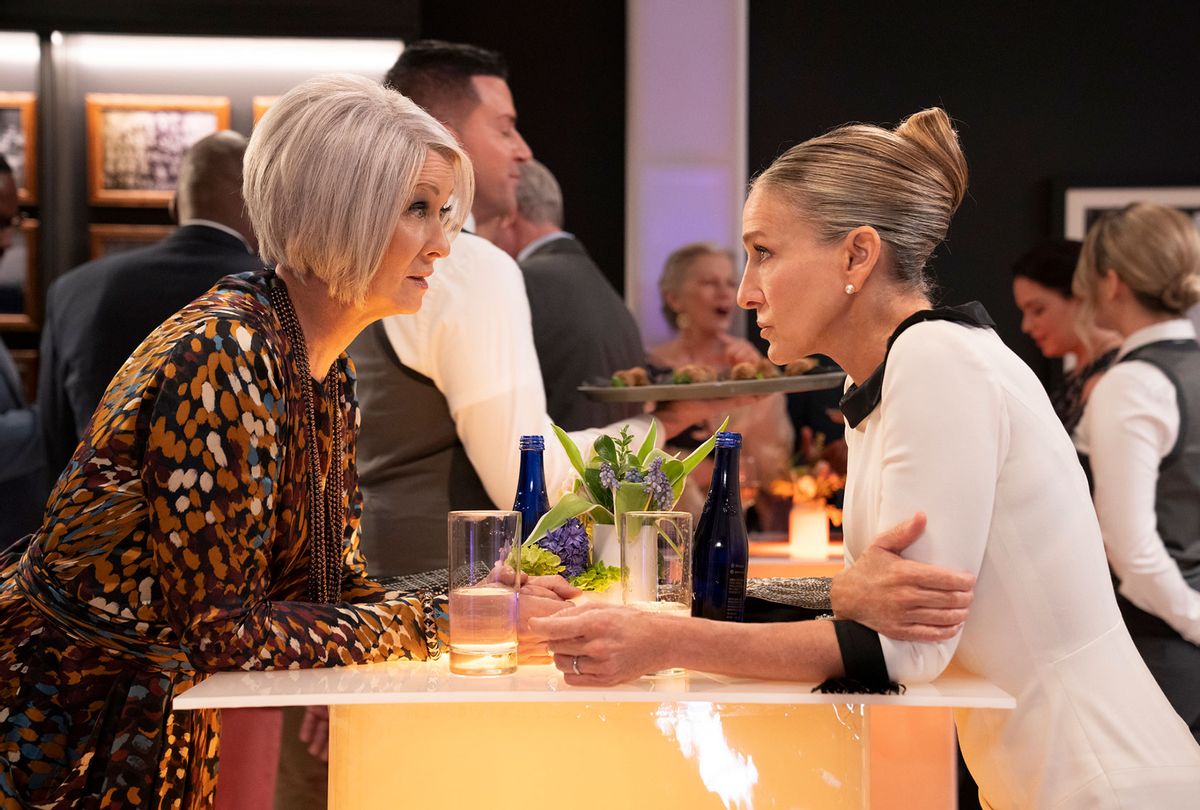 Cynthia Nixon and Sarah Jessica Parker in "And Just Like That..." (Craig Blankenhorn/HBO Max)
--

I was eager to see what the "Sex and the City" ("SATC") franchise had to offer in its new series "And Just Like That …."

Billed as a reboot, the show has us meet three of the original four women in their '50s while attempting to address representation issues that plagued the original.

The show does continue its tradition of feeding us high fashion and providing humorous banter between friends, but that's all that kept me from turning off the TV.

While much can be said about how each of the three main characters acquired a new racialized friend and the stereotypes they reproduce, I'll focus on one storyline: what happened to Miranda?

I'm not a superfan or "SATC "expert, but I do think Miranda's role as the anxious, fumbling white woman is disappointing.

One of the reasons "SATC" was so popular was because the show depicted successful women not afraid of a challenge, willing and able to grow. It was extremely jarring to see Miranda, who was the assertive, sharp, spicy-tongued lawyer in the original series turn into a bumbling, awkward woman tripping over her words.

Miranda is now getting her masters in human rights and befriends her Black professor, Nya Wallace. The awkward conversations between these two women are emblematic of what is wrong with representation in television today — that throwing token racialized characters onto television is not enough, the way the story is told is just as important.

Miranda assumes Nya is not a professor, makes casually racist comments about Nya's hair and behaves like a white savior when her professor is having trouble finding her identification to pass campus security.

Some might find that Miranda is a reflection of the anxiety and fear that white women experience in our society today — trying to avoid offending racialized people, and seeking assurances that they are doing the right thing when it comes to racism.

Cynthia Nixon discusses her character Miranda on "The View."

In later episodes, we see an unrealistic development of Nya's friendship with Miranda. We jump into the future with no depiction of any difficult conversations Miranda may have had with Nya about her white privilege in the classroom and the difficult work she needed to do to show growth to gain Nya's trust.

Completely absent is the emotional exhaustion and intense intellectual conversations racialized professors like Nya have in educating their students. It would have been a treat to see Nya demonstrate the many anti-racism tools available in education.

Over dinner, Nya talks about her challenges in trying to conceive and doubts on becoming a mother. While Nya is sharing intimate details, the conversation nevertheless centres on Miranda's well-worn storyline of trying to have it all — a career while being a good mother.

This depiction of Miranda does a disservice to her original self — I expected Miranda to still be at the top of her game. But today's version misses an opportunity to show what it means to be a good ally to our racialized friends and colleagues.

More than that, this version of Miranda harms the anti-racism project many of us are undertaking in our workplaces and social circles. Miranda's storyline privileges her experience as a white woman encountering racial discussions as foundational, pitting the racialized figure as the source of discomfort for the white woman.

What I saw was a white woman's reality being made visible, acknowledged and even legitimized, while a racialized woman's struggle being situated only in relation to that of the white woman.

Novelist Toni Morrison"s book, "Playing in the Dark: Whiteness and the Literary Imagination" discusses how identity is formed against a black shadow — that Black people are represented through the lens of white perception. The racialized woman's reality is invisible, overlooked and pathologized based on how it affects the white woman.

In Miranda's interactions, it is her discomfort that is the focal point. The experiences of racialized women are made invisible in this. Nya was experiencing microaggressions, and her behaviour was that of a woman who was used to putting up with them.

I know a television show whose primary aim is to entertain cannot be the primary source for anti-racism work, but if the show was really dedicated to bringing in more representation, inserting queer and racialized people into the mix as ancillary characters is not enough.

The show would have been an excellent platform to demonstrate healthy strategies for difficult dialogues between white women and racialized women, re-centring the experiences of others more prominently.

Miranda would have been the ideal character to show how to make space for our racialized colleagues in respectful and thoughtful ways, leading her friends through critical thinking rooted in empowerment, not guilt. Critical race theory teaches us that a key way of elevating voices from marginalized or less represented communities is to give them meaningful space.