The funky, flavorful side dishes to complete any Korean meal

A brief history of banchan — and 4 inventive recipes to try 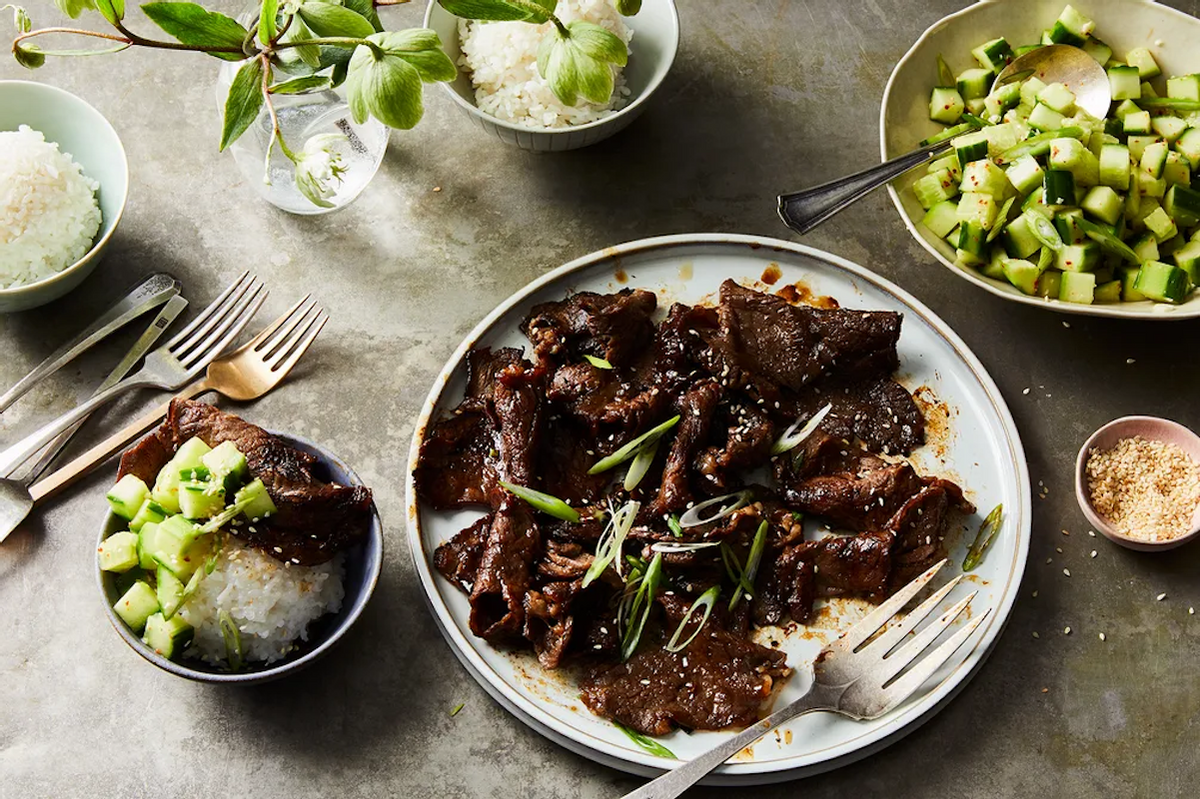 "Banchan is very important to me," says Sunny Lee, who leads the banchan program at the Korean restaurant Insa in Brooklyn, New York. "It has a very long history in Korea."

Banchan means side dish in Korean, but in reality it's a bunch of small dishes filled to the brim with pickles and the like that scatter the table at lunch or dinner. And if you've ever eaten at a Korean barbecue restaurant, or somewhere more traditional, you'll know them by their multitude, and that they all somehow fit together: often different kimchis and beans, or sprouts and tiny fish to snack on before and with a meal. I asked Sunny, and Michael Stokes, Insa's chef de cuisine, to give me a lowdown on banchan, and how its history details much of Korea's itself.

Sunny and Michael incorporate ingredients into their banchan that you wouldn't normally see — for instance, locally grown kale — mostly because they try to source many of their ingredients regionally, to reflect the indigenous vegetables of the city and New York State and to give the food a homey vibe, to remove it from the restaurant setting. And while a lot of Korean restaurants never change their banchan offerings (kimchi is kimchi is kimchi), Insa's rotates seasonally to showcase what's growing at that moment nearby, with techniques and flavorings that aren't replicated again and again. "A lot of people think that banchan is just kimchi, but actually less than half is kimchi," Sunny says.

And this approach, they say, actually more accurately reflects how banchan has been made and consumed throughout its history.

"During the Joseon period, 1392 AD to 1897 AD, the branches of the Six Ministries — basically governmental departments — were tasked with procuring foods from the eight regions of Korea each month," Michael explains. He goes on to tell me that specialties from each region were highlighted on the royal table, giving the king an indication of the conditions and prosperity of the regions.

And while it's difficult to pinpoint exactly when banchan took it's shape as a vegetable-driven course in Korean cuisine, Michael explains that it happened when Buddhism became the predominant religion in the country, towards the end of the Three Kingdoms Period (57 AD to 668 AD). "Buddhist doctrine forbids the consumption of meat. This contributed greatly to the development of vegetable-based banchan we see today," he adds. Further, Michael says, Buddhism had a strong influence on the country's food until the Mongol invasions, which began during the 13th century. After this, meat again became more prevalent in the Korean diet. But banchan remained an integral part of most Korean meals.

Next time you're making bulgogi, kalbi or bibimbap, whip up a few of Insa's banchan recipes, below, too, and you'll have a proper spread.

To make this banchan recipe, start with pickling seaweed, using soy sauce, rice vinegar, mirin, and dried shiitake. As soon as it's ready (within a day or two), mix it with a pound of sweetened kale leaves, garlic, sesame seeds, Dwenjang (Korean soybean paste), honey, and sesame oil.

The fresh, crisp nature of summer vegetables shines in this brightened kimchi. The beauty of kimchi, particularly during summer, is that you can take advantage of an abundance of fresh produce. Add any firm, seasonal vegetables like green beans, cauliflower, or turnips too. Once you've decided on your produce, combine julienned carrots, daikon radish, scallions, garlic, and ginger, and anything else that your heart desires in a bowl to marinate.

For the smokiest, most charred flavor, grill thick planks of eggplant and then combine them with garlic, scallions, vinegar, soy sauce, fish sauce, and sesame oil. Unlike some Korean side dishes, this one is best served the same day you make it.

Serve this savory, succulent corn side dish as a contrast to tangy, funky kimchi. Recipe developer Sunny Lee recommends using freeze-dried corn (unless you happen to have a dehydrator in your kitchen, in which case you can make it yourself).

Serve this banchan recipe alongside other small dishes, or something like a savory barbecue contract as a crunchy, flavorful zing. "Eat them as you might eat ginger in between bites of sushi," explains recipe developer LASGarcia.

This generational kimchi recipe was a staple in Caroline Choe's household but it took her years of convincing her mother to write down the exact ingredients and proportions. We're so grateful that she did.