From "crack pipes" to "critical race theory": GOP's 2022 midterm strategy is overt racism

Without Trump on the ballot, Republican appeals to racism are getting cruder and more blatant 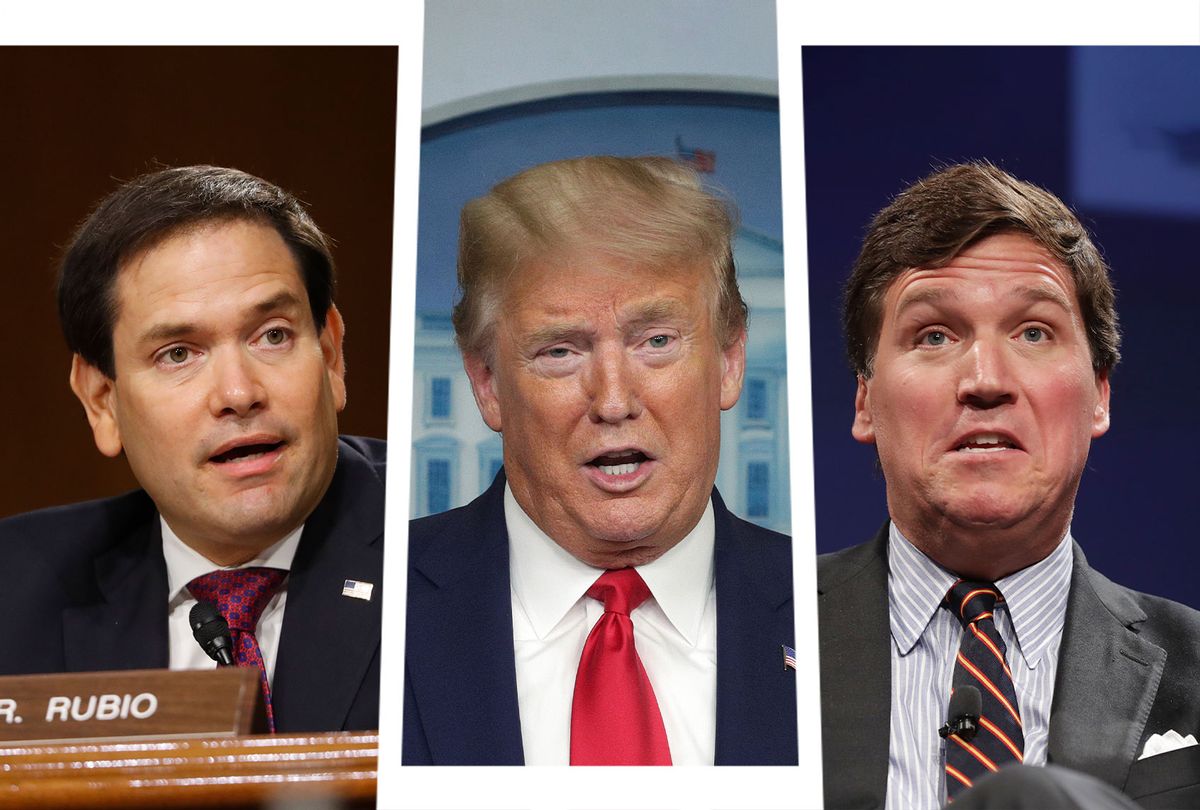 Nothing speaks more to how the modern GOP is centered around tickling the racist lizard brains of white conservative Boomers than the sudden reemergence of the term "crack pipe." The actual crack epidemic wound down literally decades ago, back when Donald Trump was still divorcing his first wife. But the audience for Republican propaganda is still stuck in the 1980s, the last time many of them had a full head of hair, and so here we are, with the term "crack pipe" suddenly exploding all over social media, search algorithms, and, because this really is the worst timeline, a grossly named federal bill.

The situation, which I regret even having to write about, is as idiotic as it is disturbing. As Jon Skolnik reported for Salon, Health and Human Services was planning on passing out a paltry "$30 million to nonprofit groups nationwide as part of a plan to reduce drug-related harm," mainly by preventing opioid overdoses. The opioid epidemic is affecting rural white communities as much as anyone else, making it impossible to turn into a racist moral panic. So instead, Republicans seized on a minor provision allowing clinics to provide "safe smoking kits," which can be used for many different drugs, including opioids. But, because of racism, the right-wing press ran with the outdated term "crack pipe," and, in case you are too dense to hear the dog whistle, most even insisted that the provision was there to "advance racial equity," which is a flat out lie.

Their audience loves any excuse for racist jokes, so Republicans ran with it, with odious Fox News segments falsely claiming President Joe Biden wants to close the "crack gap." And it wasn't just the usual suspects in right-wing media, either. Sen. Marco Rubio, R-Fla., usually pretends at being more moderate and open-minded — remember when he used to pretend he liked hip-hop? But in a fit of racist exploitation, he rushed forward with the Cutting off Rampant Access to Crack Kits (CRACK) Act. It should be noted that Rubio's leading Democratic opponent is Rep. Val Demmings, a Black woman and the first female head of the Orlando Police Department.

Welcome to what promises to be the next 8 months of culture war politics. Donald Trump made naked racism popular in the GOP again, but somehow things have gotten even less subtle since he lost the 2020 election. It's as if, without Trump on the ticket, Republicans feel that they need to announce "WE ARE INCREDIBLY RACIST" in 20-foot letters, lest their voters, not known to be fans of subtle rhetoric, miss the point. Usually, the needle that the right likes to thread is to signal racist intent while propping up some plausible deniability so they can act all huffy and outraged when liberals point out that they're being racist. But in recent weeks there's been a real eff-it approach in GOP circles, with the subtext and insinuation being abandoned for in-your-face racism.

Take for instance Biden's nomination of economist Lisa Cook to the Federal Reserve, which as a Washington Post editorial this week notes, is being treated by GOP propagandists like a five-alarm fire, even though Federal Reserve nominations are the kind of boring bureaucratic stuff that most media, especially conservative media, tends to ignore. Cook, however, is a Black woman, and so Republicans view this as a golden opportunity for some over-the-top race-baiting.

Tucker Carlson of Fox News called Cook "economically illiterate" and "unqualified to teach junior college econ 101," and Sen. Kevin Cramer, R-N.D., said she's "fundamentally not qualified." Needless to say, Cook is incredibly qualified. She holds a doctorate from Berkeley, tenure at Michigan State University, and a resume as long as your arm, including a senior adviser to the Treasury Department, directing the the Federal Reserve Bank of Chicago, and serving on Barack Obama's Council of Economic Advisers.

Training their audience to have a hate-on for a qualified woman simply because she's Black is just a taste of what we're going to get in response to Biden's upcoming Supreme Court nominee, who Biden promised would be a Black woman. The right-wing media and multiple GOP senators have already framed the nominee as inherently unqualified, even though she hasn't been named yet. As with Cook, there is no amount of experience and education that would ever qualify a Black woman in their eyes. And they're getting ever bolder about displaying that racial prejudice without apology.

Even Donald Trump is getting blunter, something that previously didn't seem possible.

As Chauncey DeVega recently pointed out at Salon, Trump has dropped a lot of the euphemistic language in favor of blunt racial appeals. In a recent Texas rally, he dusted off a joke that tends to be kept in private conversation among racists, saying, "we are going to take back that beautiful, beautiful house that happens to be white." Trump also insisted that podcast host Joe Rogan "stop apologizing" for repeated use of the most infamous of racial slurs. At an Arizona rally, Trump floated the conspiracy theory, "If you're white you don't get the vaccine, or if you're white you don't get therapeutics." He called it "unbelievable," which it is, since it's not happening.

It's a conspiracy theory that's spreading rapidly on the right, however, likely as a way to explain away the high hospitalization and death rates from COVID-19 in Republican-voting areas. Carlson has been hyping this conspiracy theory on his show. Trump advisor Stephen Miller has been suing medical providers to prop up this lie. In reality, the reason so many white conservatives are dying of COVID-19 is because people like Carlson convinced them not to vaccinate — ironically, Carlson has even pretended that the vaccines themselves are a form of anti-white racism.

RELATED: From SCOTUS to "critical race theory": There's no law or fact the GOP feels bound to respect now

But racist freakouts are even more impervious to rational criticism than most of the nonsense that right-wing propagandists put out. Their audiences just don't care one bit if their arguments make sense. They just want the permission to go wild with the racism.

Over the summer, there was a feeble attempt to keep the paper thin "I'm not a racist" cover story draped over this escalation of race-baiting. After all, the whole idea behind the "critical race theory" hoax was it gave conservatives a talking point, however incoherent, to say they are the ones that are somehow anti-racist. (And some are still trotting that line out.) But that facade pretty quickly slipped away when it became clear that the main result of all this "critical race theory" talk was efforts to ban classic American texts like "Beloved" by Toni Morrison or basic history lessons covering the March on Washington and Brown v. the Board of Education. Once white parents in Alabama started calling Black History Month "critical race theory," the deceit that the freakout was anti-racist instead of pro-racist was completely shredded.

There are still eight months to go before the election — so this is probably going to get much worse. Republican leaders are desperate to change the subject away from the January 6 insurrection and the Big Lie, but Trump and his base are obsessed. Racist hysterics about "crack pipes" serve as a distraction. But this blunt racism is also about justifying Trump's coup and ongoing efforts to steal the next election. The constant drumbeat of reminders that white supremacy is under very real threat from a multiracial democracy helps keep the GOP focused on why it is, exactly, they are organizing behind what has turned into an anti-democracy movement. Time to invest in anti-nausea meds, because Republicans are committed to this tactic of overt racism, clearly convinced it's the key to winning the midterm elections.