Truckers looking to stage a protest will be towed immediately, according to mayor James Butts 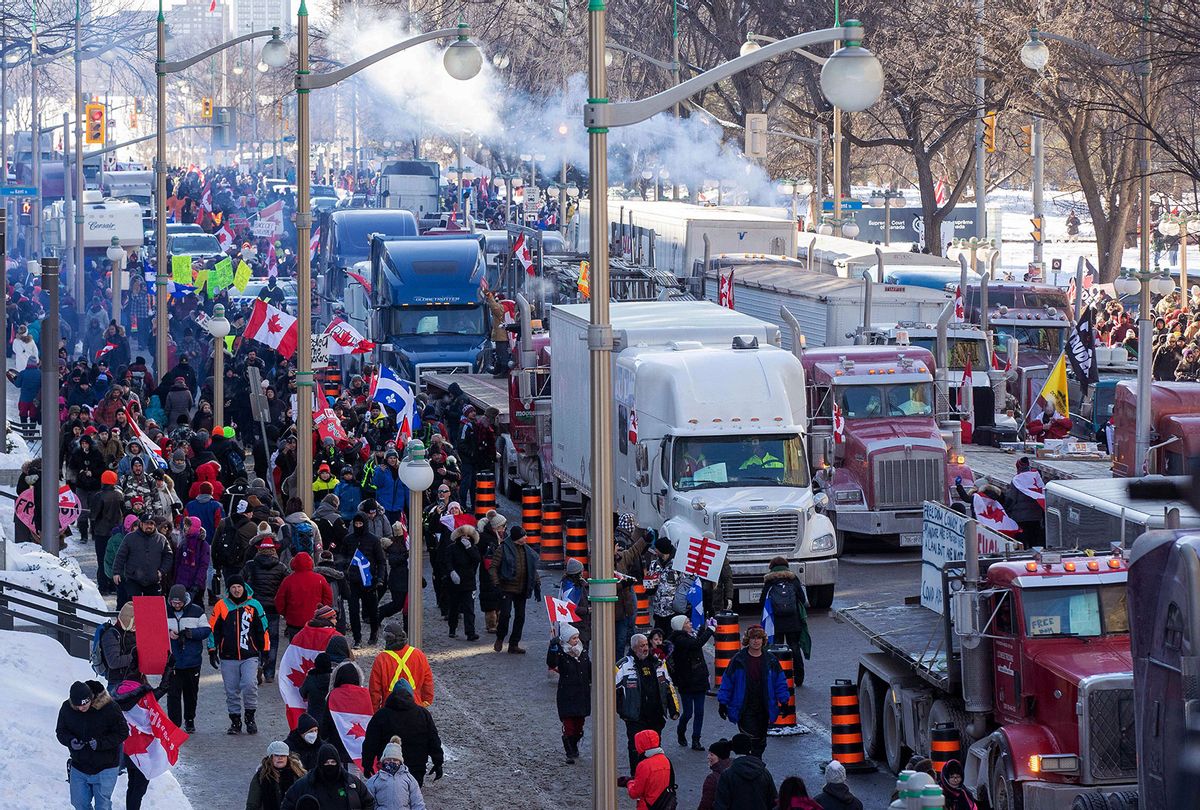 Supporters arrive at Parliament Hill for the Freedom Truck Convoy to protest against Covid-19 vaccine mandates and restrictions in Ottawa, Canada, on January 29, 2022. - Hundreds of truckers drove their giant rigs into the Canadian capital Ottawa on Saturday as part of a self-titled "Freedom Convoy" to protest vaccine mandates required to cross the US border. (LARS HAGBERG/AFP via Getty Images)
--

With the convoy of anti-vaccine truck protesters continuing to disrupt border crossings in Canada, rumors have spread of a similar demonstration popping up in the United States and possibly even disrupting the Super Bowl.

But according to L.A. Weekly, the mayor of Inglewood, California, James Butts, has a blunt message for anyone thinking about trying it.

"Flyers have been shared across multiple social media platforms, gaining support from political figures such as Arizona Senator Wendy Rogers and former gubernatorial candidate Major Williams. The threats of a trucker convoy protest now have the city of Inglewood and security forces are on high alert, whether they are successful or not," reported Isai Rocha. "'They wouldn't be able to do it because the trucks would be towed away immediately,' Mayor Butts told L.A. Weekly. 'Let me be very clear… their vehicles would be towed immediately and it would cost them a lot of money.'"

"The gathering spots for these planned protest have primarily come from a Telegram app channel named 'Truckers For Freedom,' which has more than 80,000 subscribers and several discussions about trucker convoys, similar to the one that occurred in Ontario, Canada," continued the report. "The 'Freedom Convoy' protest consisted of more than 1,000 semi-trucks blocking areas of Canadian roads, most notably the Ambassador Bridge that connects Ontario, Canada to Detroit, Michigan."

The truck protest, which has been fueled by a tidal wave of disinformation on social media, is demanding an end to vaccine mandates for Canadian truckers. In fact, 90 percent of Canadian truckers are vaccinated, and the Canadian Trucking Alliance has condemned the blockade.