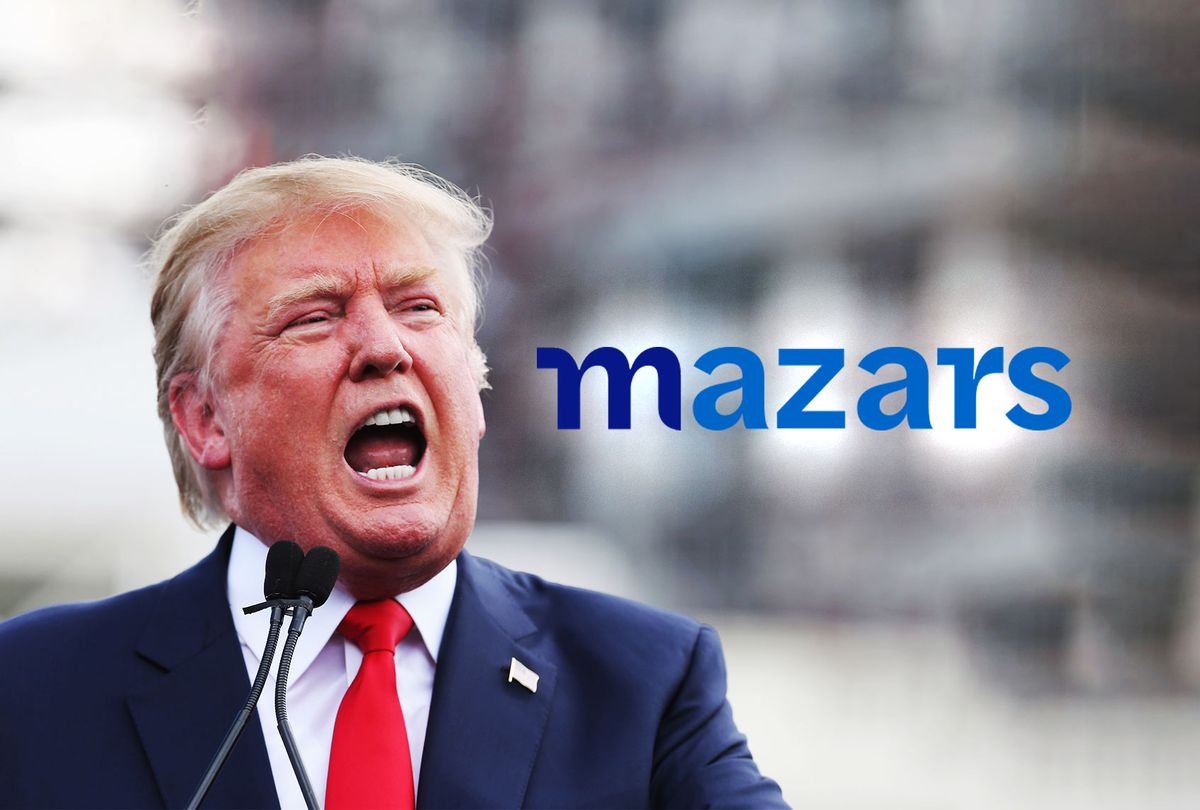 Mazars USA, Donald Trump's longtime accounting firm, abruptly severed ties with the former president last week amid civil and criminal investigations into the Trump Organization's finances, saying that the company financial statement could "no longer be relied upon."

The news came in a letter last Wednesday, in which Mazars alleged that it had not "as a whole" found evidence that Trump artificially inflated or deflated his assets prices for text, lending or insurances. However, the "totality of circumstances," Mazars added, make Trump's financial documents unreliable, according to The New York Times.

The revelations come as part of new court filings by New York District Attorney Letitia James, who has over the past three years led a sweeping civil probe into Trump's finances.

Last month, James announced that her office had found "significant evidence" that Trump "falsely and fraudulently valued multiple assets and misrepresented those values to financial institutions for economic benefit."

Trump has, for his part, aggressively fought to stamp out the probe, tarring it as a politically-motivated "witch hunt." Back in December, Trump brought a formal lawsuit against James' office, claiming that her investigation "is guided solely by political animus and a desire to harass, intimidate, and retaliate against a private citizen who she views as a political opponent."

It remains unclear how much of an impact Mazars' schism with the former president will have on James' case. However, on Monday, James submitted the letter as part of a court filing to force Donald Trump, Ivanka Trump, and Donald Trump Jr. to provide testimony to her office.

James' team is reportedly working hand-in-hand with the newly-elected Manhattan District Attorney Alvin Bragg, who is leading a criminal investigation into the Trump Organization – a probe that allows Bragg to press formal charges.

Back in December, Vance also impaneled a grand jury to hear testimony from Donald Bender, a Mazars accountant who worked for Trump.