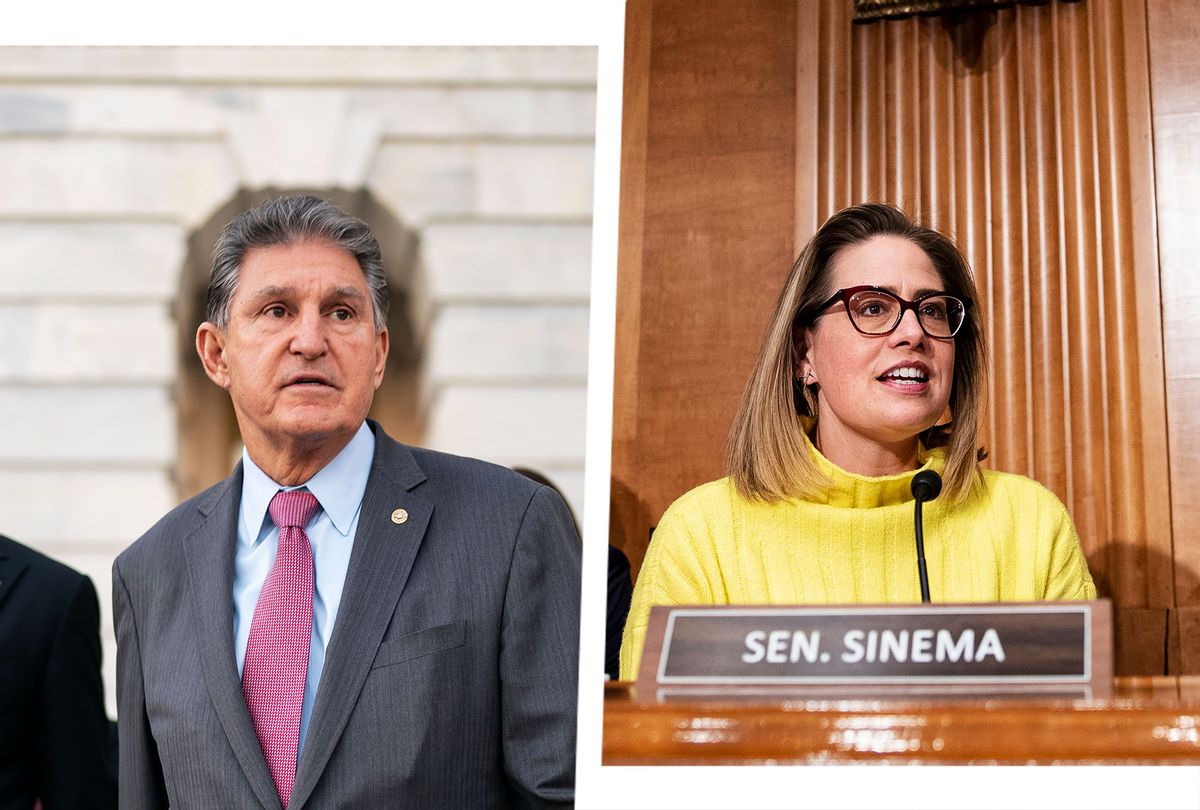 Sen. Joe Manchin, D-W.Va., is attempting to revisit conversations about a corporate tax hike with Democrats – but he's likely to face steep opposition from Sen. Kyrsten Sinema, D-Ariz., who has fashioned herself as a stalwart guardian of corporate interests.

Last year, Manchin proved an insurmountable roadblock in negotiations over President Biden's $2.2 trillion social spending plan, also known as "Build Back Better." The House-passed bill, arguably the centerpiece of Biden's agenda, was officially torpedoed by Manchin back in December after Manchin and Biden met privately to hash out their differences but could not come to any agreement.

RELATED: "This is a no": Joe Manchin effectively kills Build Back Better during Fox News appearance

Now, Manchin is attempting to revive the issue of raising the corporate rate – a move that was designed to finance the provisions contained in Build Back Better.

In an interview with The Wall Street Journal, Manchin suggested that the Democrats should discuss a revised version of the bill, hiking corporate taxes to combat inflation, reduce the national deficit, and pay for its own provisions.

"Why can't we just get a good solid tax plan that works?" Mr. Manchin told the Journal last week. "That's the first thing to do."

Specifically, Manchin has proposed raising the corporate tax rate from 21% to 25% and raising the top capital-gains rate to 23.8% to 28%.

But last year, Sinema, along with a number of conservative and corporate-funded Democrats, dashed any hopes of imposing such hikes, opposing progressive proposals to pare back Donald Trump's corporate tax cuts from 2017.

RELATED: Key Democrats want to keep most of Trump's corporate tax cut — and slash more taxes for the rich

"I respect [Sinema] and what her concerns may be, but I think basically our financial situation is getting worse, not better, so maybe we can take another look at it," Manchin told the Journal. "I would hope so."

It remains unclear whether Sinema shares Manchin's newfound willingness to come to the table. A spokesperson for her office told the Journal that "there are many ways to pay for [social spending plans] that do not include tax-rate increases that hurt small businesses and our economic competitiveness while we continue to emerge from a pandemic and economic downturn."

Rep. Veronica Escobar, D-Texas, said in October that negotiating with Sinema is like playing a "guessing game."

"We're all supposed to be on the same team. And that means transparency, communication and collaboration," she told Politico. "I don't know what the red lines are for one U.S. senator who has an amazing amount of power."