A modest proposal: Chunks of Florida, Alabama and Mississippi can join Putin's faux-NATO group. It's a win-win! 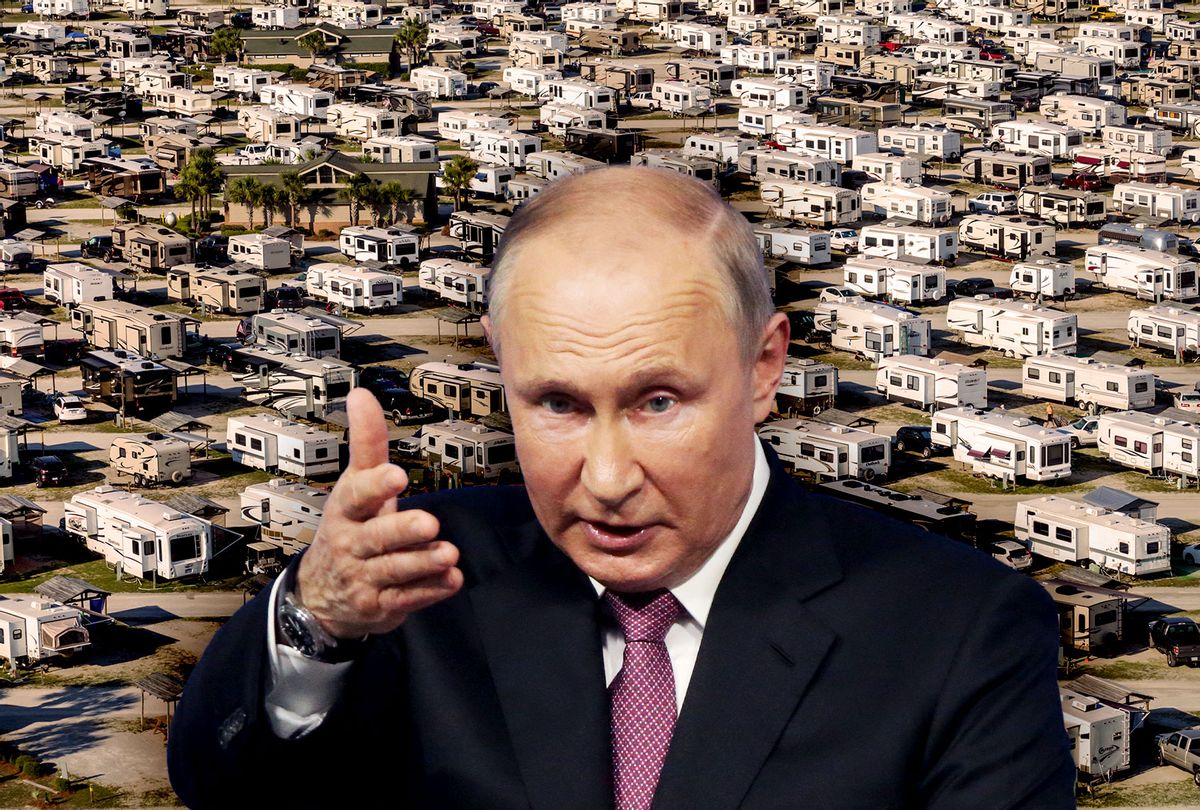 Let me make this short, and I hope, sweet. I'm addressing all the true patriots out there. You know who you are.

About that dicey Ukraine situation: What if Vladimir Putin could be mollified by gaining his own NATO-like foothold next to the United States? Like, right next to it. Or sort of inside it.

Heck, so many Republicans think of him as a great white, er, powerful leader — as opposed to those socialist, secular, pluralistic (sorry, I know that word is hate speech for some of you) Demoncrat presidents, like "let's go Brandon" and Barack Hussein Obama. So why don't we allow a Russian-led military alliance to incorporate certain selected parts of America — say, large swathes of Florida, Alabama and Mississippi? You know, our already-red territory.

They could join Putin's second-rate cognate to NATO, the seldom-remarked-on Collective Treaty Security Organization (CTSO) of former Soviet states. Like NATO, the CTSO is apparently open for new states to join — perhaps including your very own county!

Averting a prolonged war between Russia and Ukraine, as well as another civil war between Americans? Done, and done!

In this proposed scenario, the actual United States would of course retain all major metropolitan areas. as well as cities and towns with universities, no matter how small, so long as they have a functioning library. (Americans would air-drop newspapers, periodicals, and newly published books into what we would designate NATO-protected "Literacy Zones.") Miami is ours, as are Gainesville, Tuscaloosa and Jackson. Orlando is perhaps to be negotiated — a demarcated and divided city, like Berlin after the war, only with way worse architecture.

But all of that is a plus for you guys, right? You're tired of all those elites and eggheads anyway. Your favorite politicians (most of whom went to Yale and Harvard) have been badmouthing people with fancy educations for decades now. And the endless publishing of books that need to be inspected for  banning? Ugh!

And, hey, even more on the plus side: under the terms of the CTSO protectorate, Russian-style censorship and mistreatment of journalists could begin where you live almost immediately. (Mistreatment of other groups would be phased in — and, we know, you "don't have a racist bone in your body," and think that powerful women are strangely hot.)

After the last four years of our former president's indefatigable work in undermining NATO and righteously belittling our so-called allies, you must be outraged to witness Joe Biden's smarmy collegiality with the leaders of the NATO countries — you know, Jolly Olde England, "Freedom Fries" France, er, Germany and, uh, those others (Slovenika? Marzipan?) — and that imposter president even being trusted to occasionally speak on their behalf.

So much attention being spent on other countries is, yes, yet another outrage!

Oooh, and you won't have to put up with that gosh-darned socialist U.S. Postal Service, or the fleet of electric vehicles draining your vital fluids. As you can see, the benefits of the plan just keep on coming. It's not a win-win; it's a win-win-win-win-win.

Look, you've fallen deeply under the spell of the insurrection-fomenting, divide-and-conquer former president and his enablers. We understand that now. So why not take it to the next level, and submit to the guy who appears to be his daddy?

I'd love to take credit for this idea, but as we all must admit, many other people share in the glory:

So, freedom fighters of Jackson County, Alabama — if you are male — shake hands with your new confederates in Belarus (tip: always maintain eye contact)! Patriots of Union County, Mississippi, given that you may be unfamiliar with the languages spoken in Tajikistan, maybe just a tip of the ol' MAGA cap! And fellow QAnoners in Okaloosa County, Florida, жоғары бестіктер (that's "high fives" to you) with your pals in Kazakhstan!

Perhaps this is too heady a dream for you to consider right away? The CTSO could allow your county to kind of have a look-see, with observer status. They did that with Serbia, another nation whose glorious recent history resembles your own. But why would you want to be a blushing violet at this point? You know what you want!

It will be a true red, white and OK-not-blue liberation for you all to feel completely protected, once again, from the tyranny of democracy.