The Supreme Court lost America's trust with Bush v. Gore. They may gain it back if Trump runs again

Electoral Count Act of 1887 is a ticking time bomb, with a loophole that could result in a constitutional crisis 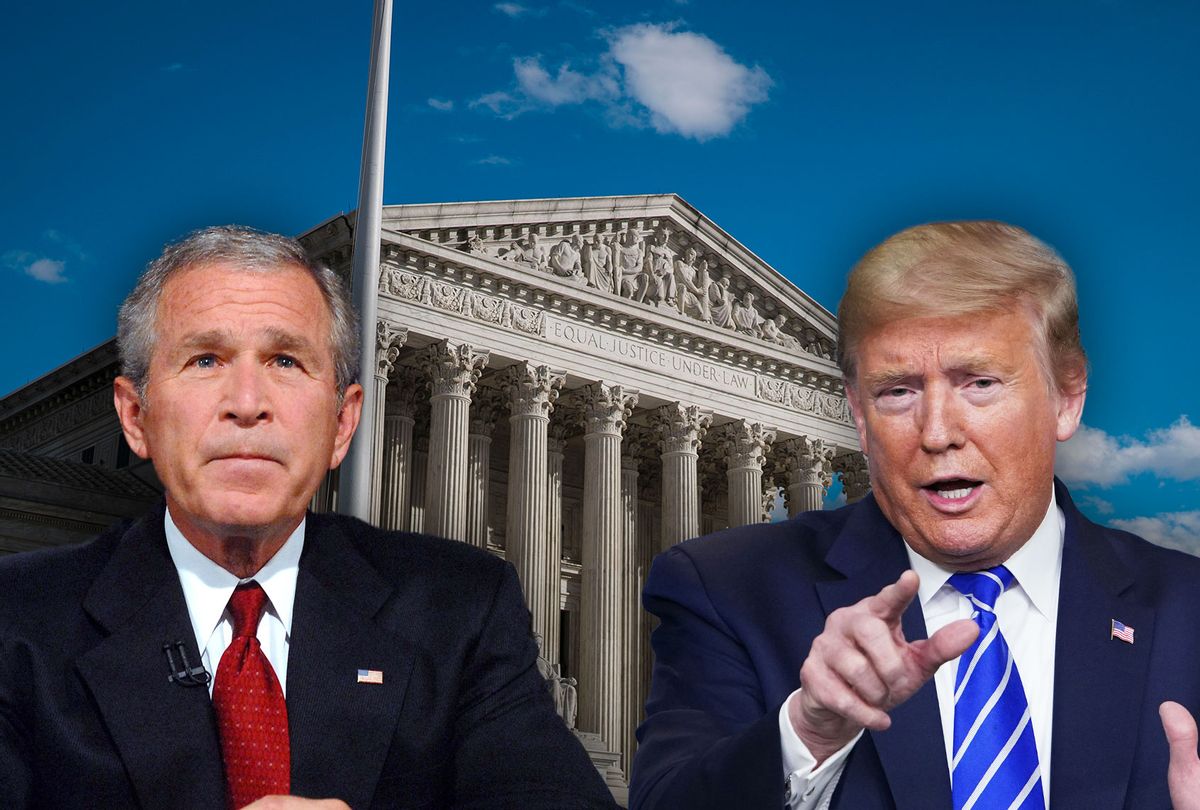 Back in November of 2000, I recall telling everyone who would listen that there was no way that the Supreme Court would take the case of Bush vs Gore. It was unthinkable that they would want to wade into a partisan argument being waged in the state of Florida over the disputed election result. After all, only 537 separated the two candidates in a state that would decide the electoral count. And the circumstances couldn't have been more partisan: the dispute was happening in a state run by the Republican candidate's brother and two of the justices on the Court had been nominated by that same candidate's father. How could the Supreme Court even think of intervening under these circumstances, particularly since the process in place under Florida law was still going on and there are remedies for a stalemate written into the Constitution?

Well, history proved me an ass.

As you know, the Supreme Court took the case and not only decided in favor of George W. Bush, they did it on a strict party-line vote. It still stands as the most blatantly partisan decision in American history. The conservatives used inane inverted reasoning to say that it would violate Bush voters' equal protection rights to have the votes recounted under the standards set forth by the state and would harm Bush's "legitimacy" if the recount was to change to Gore's favor and then back again. To add insult to injury they also insisted that the decision did not set a precedent, writing:

"Our consideration is limited to the present circumstances, for the problem of equal protection in election processes generally presents many complexities."

Yes, it does present many complexities, none of which were considered in that notorious decision.

Recent polling by Quinnipiac shows that 61% of Americans say the Supreme Court is motivated mainly by politics with 67% of Democrats and 56% of Republicans in agreement. The Supreme Court has lost the trust of most Americans over the past few years and I would suggest that this decision was a major factor. It was just so overtly political that it's impossible to overlook.

As a result of that traumatic event, which I think has been underappreciated as a precursor to the modern right's ongoing assault on voting rights in the 21st century, I have had little faith that the courts would resist intervening if the situation presented itself again. I admit that I was pleasantly surprised to see that former president Donald Trump's handpicked majority resisted the temptation to take up any of the bogus cases that he and his henchmen spewed forth after the election. Trump was certainly disappointed by that, calling them "cowardly" and reportedly fuming that they refused to step in and hand him the White House. (It must have burned him up to realize that the Court had done so for the Bush family and not for him.)

So, as much as I hate to admit it, the courts may be our last hope of saving our democracy despite that horrible precedent.

As you no doubt know by now, there are many machinations happening in certain battleground states at the behest of the Trump extremists in the Republican Party. They are doing the usual voter suppression and intimidation tactics. But there is more going on that requires immediate attention and it goes beyond the Electoral Count Act reforms the Congress is currently contemplating which includes:

Unfortunately, that's inadequate to the problem. The New York Times reported that according to Yale Fellow Matthew Seligman (who wrote a 100 page paper on the subject but didn't publish it for fear of someone actually using it to steal an election) The Electoral Count Act of 1887 has been a ticking time bomb from the beginning. Seligman told the Times:

"Its underexplored weaknesses are so profound that they could result in an even more explosive conflict in 2024 and beyond, fueled by increasingly vitriolic political polarization and constitutional hardball.

It just took an amoral, sore loser like Donald Trump to fully expose it.

The most prominent concern is what Seligman calls the "governor's tiebreaker," a loophole that could result in a constitutional crisis. The Times laid out the scenario:

Suppose that on Jan. 6, 2025 — the next time the Electoral Count Act will come into play — Republicans control the House of Representatives and the governorship of Georgia. Seligman conjures a hypothetical yet plausible scenario: The secretary of state declares that President Biden won the popular vote in the state. But Gov. David Perdue, who has said he believes the 2020 election was stolen, declares there was "fraud" and submits a slate of Trump electors to Congress instead. Then the House, led by Speaker Kevin McCarthy, certifies Trump as the winner.

Perhaps most stunning is the fact that even if the Democrats had a Senate majority at the time and rejected the Georgia GOP slate, those 16 electoral votes would still go to Trump. If, after all you've seen this past year, that doesn't convince you that we have a problem you haven't been paying attention.

So what's to be done? It's unclear. (In fact, it's unclear if even the modest reforms they are talking about can find 10 GOP senators to vote for it.) Seligman suggests that it include a provision for judicial review in case a governor or legislature takes it upon themselves to overturn the popular vote in their state. Conservative legal superstar Michael Luttig, a former Federal Appeals Court judge, takes that suggestion a step farther.

In an op-ed in the New York Times last week, Luttig suggested that the reform should explicitly give federal courts the power to decide disputes in these matters and require them to decide the cases quickly. It's entirely possible that these cases would, once again, wind up before the Supreme Court.

My first reaction to that idea is, as George W. Bush would say, "fool me once, fool me twice, won't get fooled again..." On the other hand, as the Washington Post's Greg Sargent pointed out in his excellent piece on this subject, we don't really have much choice --- "it's basically either that or a situation in which a Speaker Kevin McCarthy decides which electors count." No thank you.

I think there's a pretty good chance even this Supreme Court would deny Donald Trump's attempt to do this in 2024. But would they deny Republicans like Florida Governor Ron DeSantis? Or Missouri Senator Josh Hawley in a legitimately close election? Frankly, I doubt it. That opinion that was not supposed to be a precedent is actually a precedent. And I think it might be one of the few precedents this conservative majority will follow.