Why Joe Biden is afraid to blame Big Business for inflation 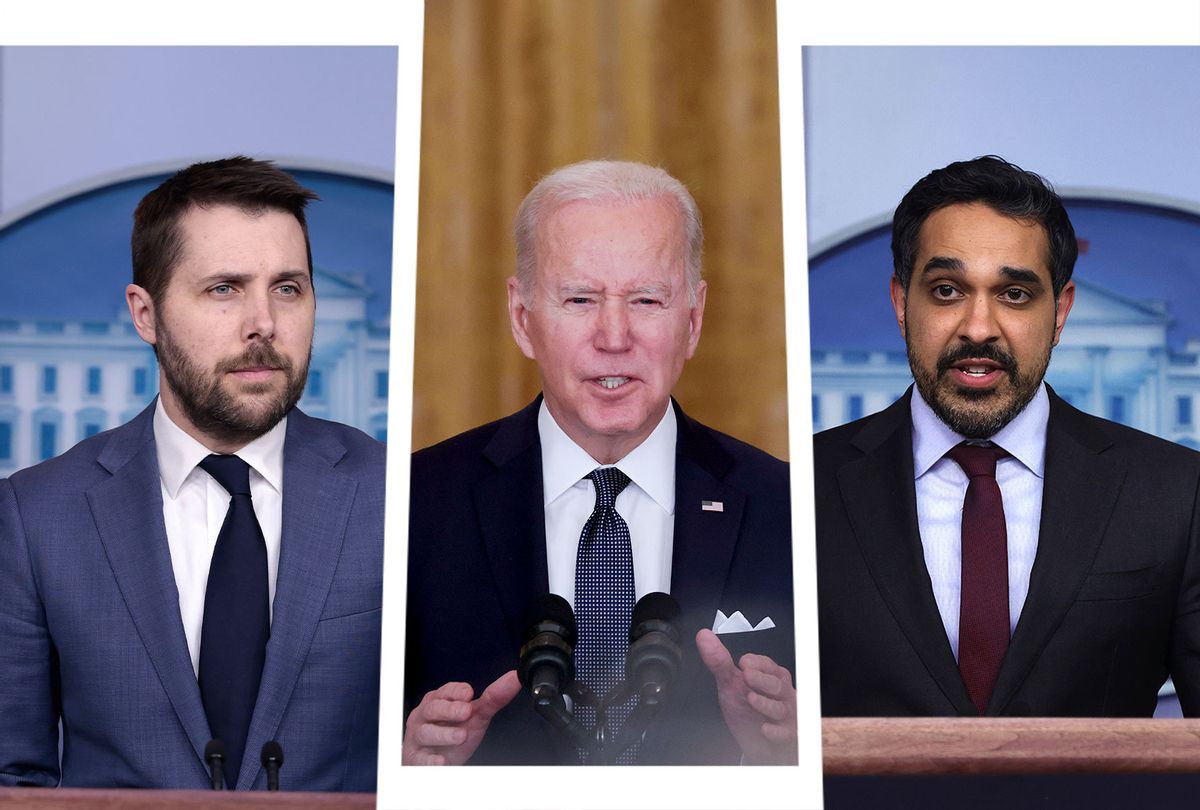 The White House is reportedly split on why American consumers are facing record inflation, with numerous officials apparently reticent to blame corporate greed despite remarks made by executives indicating that Corporate America is raising prices higher than it needs to.

According to The Washington Post, congressional testimony of a senior administration official was reportedly altered in recent weeks to omit claims linking inflation to monopoly power. The subtle move underscores the apparent tensions between officials in the White House around how to balance sound political messaging with what some see as hard economic realities.

"It's been the war of the 'track changes' inside the administration over how much the White House can lean in on the extent to which competition and greed are driving inflation," one official told the Post. ("Track changes" refers to a feature built into Microsoft Word that allows users to see who made what edits to a shareable document.)

RELATED: Giant food producers are profiteering off inflation — and bragging about it too

In recent weeks, Democratic politicians and progressive groups have condemned Corporate America's role in driving inflation, which reached 7% by the end of 2021 – the largest 12-month increase since 1982.

Warren highlighted remarks made by several executives at food and grocery companies like Kroger, Tyson, Procter & Gamble, who have openly crowed about inflation being good for business despite consumers feeling squeezed. According to the Bureau of Labor Statistics, the prices of meat, poultry, fish and eggs collectively shot up by 12.5% throughout last year. Meanwhile, meatpackers' profit margins skyrocketed by 300% during the pandemic, according to Reuters.

In recent months, the White House has made commitments to cracking down on meat producers, particularly when it comes to price-fixing. Back in September, Biden announced a broad vowed to heighten enforcement of antitrust laws and improve transparency in labeling.

Still, the administration has come short of blaming Big Business as the chief culprit for inflation on the whole.

"I think they've tried to be honest about the economic situation, and I, for one, appreciate that," liberal economist Dean Baker told the Post. "They have to make a political call about whether that's the right decision, but I think it's best for them to be honest and I think they've done that."

Officials in the Council of Economic Advisers have reportedly advised that financial opportunism only accounts for one component of the recent price increase, the Post reported. But according to a joint missive penned by American Economic Liberties Project and the Groundwork Collaborative, corporate consolidation costs the average American household $5,000 annually.

"There is now overwhelming evidence that large corporations with significant market power are exploiting the broader supply chain crisis to raise prices," the letter stated, "even when no bottleneck or shortage seems to exist."