By 2100, they’ll see 23 more days of heat waves each year than the world’s richest 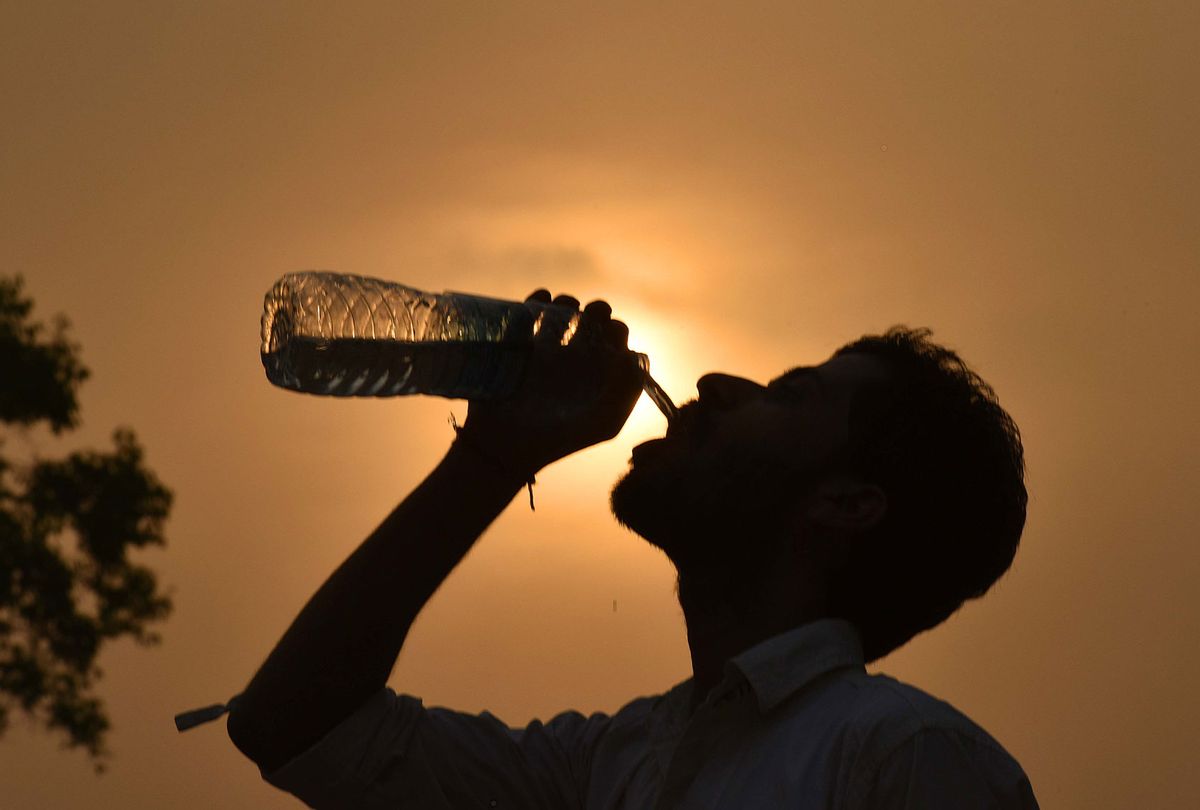 A man drinks water from the water bottle during a hot weather, as the heat wave conditions prevailed in Northern India with the maximum temperature settling at 38.9 degrees Celsius, five notches above the normal, on April 3, 2016 in New Delhi, India. (Raj K Raj/Hindustan Times via Getty Images)
--

As temperatures climb with climate change, the world's poorest will increasingly take the brunt of the heat, according to a new study in the journal Earth's Future. Lower-income countries are already 40 percent more likely to experience heat waves than those with higher incomes. The researchers expect this disparity to widen in coming decades.

By 2100, the study says, people in the lowest-income quarter will experience 23 more days of heat waves each year than those in the highest. The top quarter is expected to maintain about its current level of discomfort, power outages notwithstanding.

Discrepancies were expected, said Mojtaba Sadegh, a climatologist at Boise State University, in a statement. "But seeing one-quarter of the world facing as much exposure as the other three-quarters combined … that was surprising."

Location shapes exposure: Many lower-income countries, like Madagascar and Bangladesh, are in the tropics. Access to air-conditioning, water, cooling shelters, and electricity matters, too. Without them, heat waves hit harder.

Climate change exacerbates the problem, magnifying heat wavesand upping their severity and frequency. Last year brought plenty of examples. In June, a heat dome gripped the Pacific Northwest — an event one expert said was "virtually impossible without human-induced climate change." The event left some 600 excess deaths between Oregon and Washington, and another 600 in British Columbia, in its wake. The same month, temperatures in the Middle East spiked to 125 degrees, while extreme heat and drought in Kazakhstan killed scores of livestock.

Some countries are taking steps to protect the most vulnerable. After a deadly heat wave in 2010, the Indian city of Ahmedabad developed a comprehensive heat plan, which has since been scaled-up across the country. In the United States, outdoor workers, such as those in agriculture or construction, are more vulnerable to heat stress. Last October, the Occupational Safety and Health Administration began the process of setting the first national heat standard, a significant step toward improving protections for workers in a warming world.