Alexandria Ocasio-Cortez has a plan to boost Joe Biden's popularity 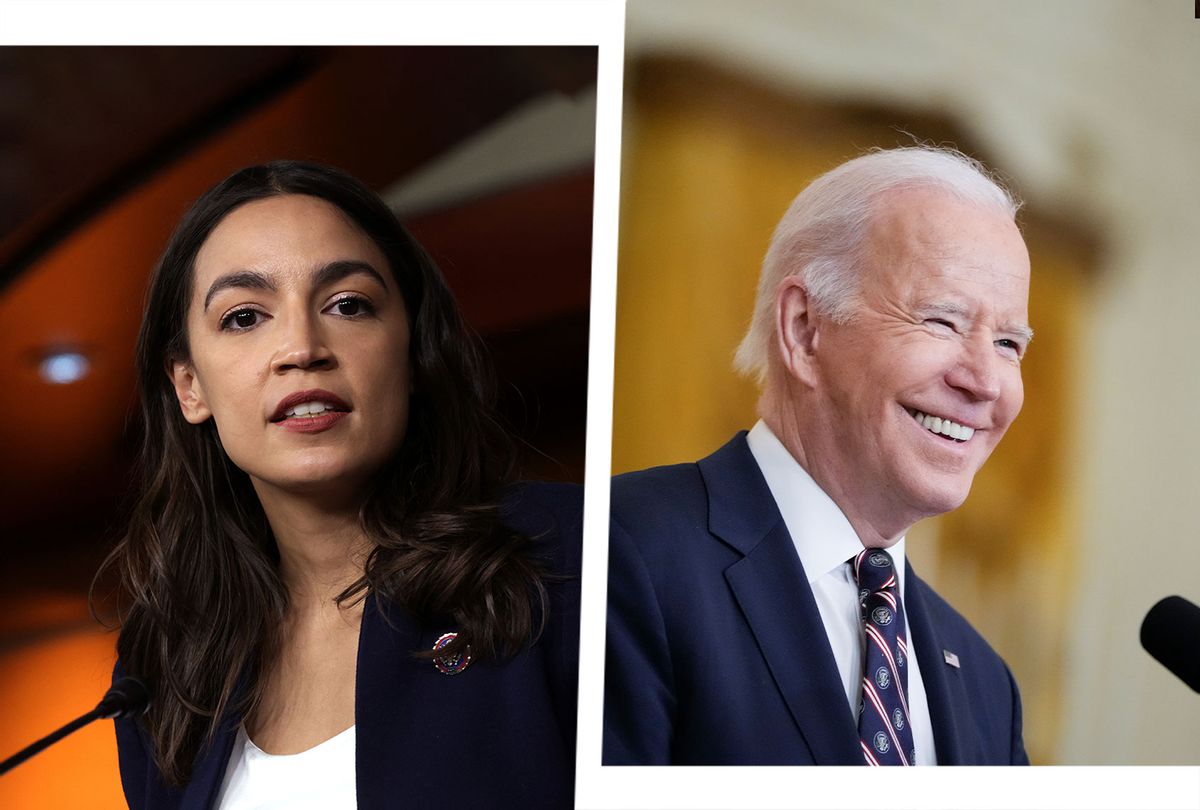 Rep. Alexandria Ocasio-Cortez of New York expressed frustration with the state of Congress and the gridlock that is stopping any meaningful legislation, calling it a "shit show" that has dragged down President Joe Biden's approval rating.

"We should really not take this present political moment for granted, and do everything that we can," she said during a recent New Yorker interview. "At the beginning of last year, many of us in the progressive wing—but not just the progressive wing—were saying we don't want to repeat a lot of the hand-wringing that happened in 2010, when there was this very precious opportunity in the Senate for things to happen."

In the interview, Ocasio-Cortez called on Biden to use his executive powers, particularly to cancel student loan debt, which she says would be a keystone action politically and economically.

During the Obama administration a similar reluctance to use executive powers existed, which is now extending into the Biden administration, she believes. Because of Kyrsten Sinema and Joe Manchin, there is no guarantee of getting something through that will "significantly and materially improve the lives of working people," Ocasio-Cortez said.

RELATED: Are the Democrats in trouble? Gallup editor on what those bad-news polls really mean

"The President has a responsibility to look at the tools that he has," she added.

Ocasio-Cortez also expressed a real concern that we may not even have a democracy in ten years, and a pessimistic view of the state of our government. "There is this idea that this is just a temporary thing and we'll get back to that," she said. "But I grew up my entire life in this mess. There's no nostalgia for a time when Washington worked in my life."

In saying this, she expressed empathy for young people who are starting to lose hope in our system, adding that she went through the same thing, and that her loss of hope manifested itself in depression.

Grassroots movements and organizing are vital to a productive path forward, Ocasio-Cortez says. Listening to those on the ground to ensure structural issues are being addressed is more important than simply reacting to the negative results of those issues, she adds.

Though she avoided the question of whether Nancy Pelosi should be replaced as Speaker of the House, she said she wished the Democratic Party "was capable of truly supporting bold leadership that can address root causes."