"Putin chose this war," Biden said. "And now he and his country will bear the consequences" 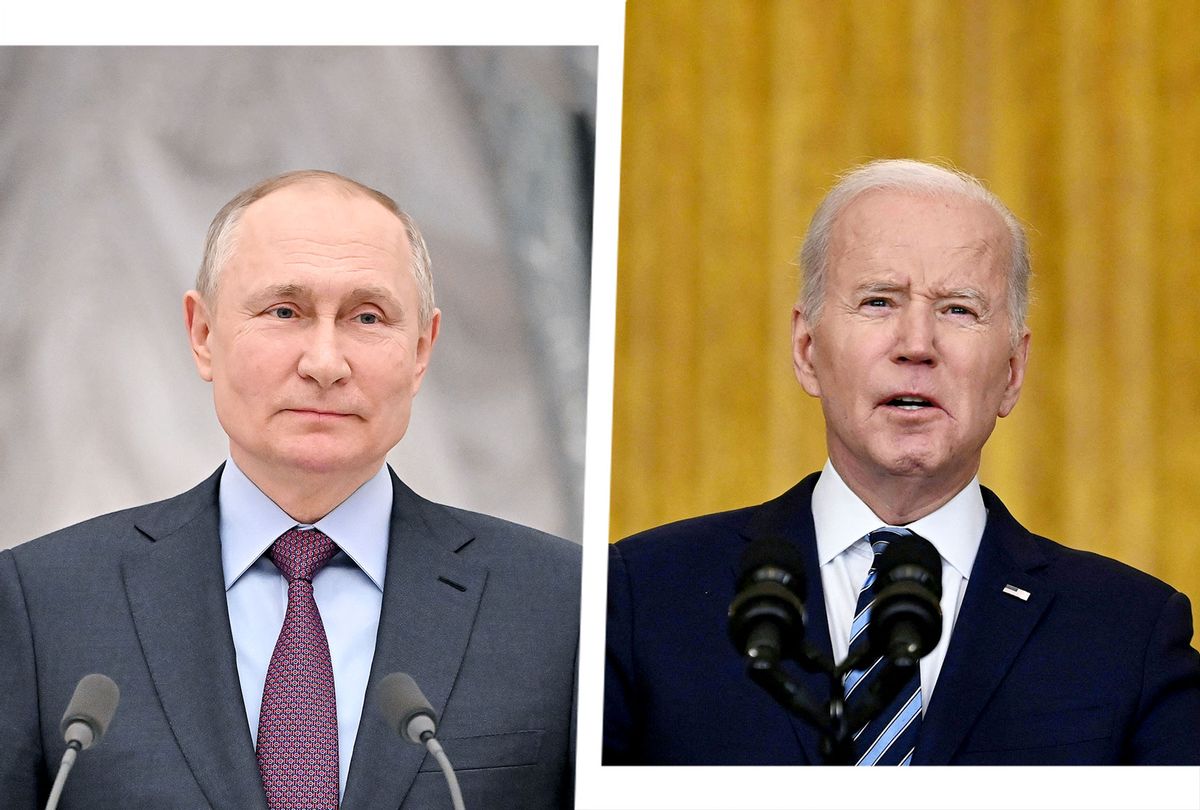 President Biden on Thursday called Russia's invasion into Ukraine "a premeditated attack" and announced the rollout of "additional strong sanctions" in a broad effort to isolate Russia from the rest of the global economy.

"Today I'm authorizing additional strong sanctions, and new limitations on what can be exported to Russia," Biden said at a White house press conference. "This is going to impose a severe cost on the Russian economy both immediately and over time."

"Putin is the aggressor," he added. "Putin chose this war. And now he and his country will bear the consequences."

The sanctions will specifically undermine high-tech trade with Moscow, undercutting Russia's access to vital technologies like semiconductors and defense hardware. Biden also said that Russia's four largest banks will face economic penalties. At the same time, he added, the U.S. is considering barring Russia from SWIFT, a global payment system that connects more than 11,000 financial institutions all throughout the world.

Biden's new sanctions are just the latest in Washington's economic response to Russia's ongoing incursion. On Wednesday, Biden issued its first tranche of economic penalties against an array of Russian oligarchs and financial institutions, as well as the corporation building the Russia's Nord Stream 2 gas pipeline.

During his Thursday speech, Biden also reiterated that the U.S. would not be engaging militarily with Russia because Ukraine is not a member of NATO (the North Atlantic Treaty Organization).

"Our forces are not going to Europe to fight in Ukraine, but to defend our NATO allies," he said, adding that America will "defend every inch of NATO territory with the full force of American power."

Biden's speech comes just a day after Russian President Vladimir Putin ordered a full-scale military invasion against Ukraine, a move that culminates months of brinksmanship along the border. Russian forces have decimated more than seventy military targets, according to the New York Times. Multiple explosions have been reported in Kyiv, the Ukrainian capital, and Al Jazeera reports that dozens of people have already been killed as a result of Russian shelling.

The international conflict caused oil prices to soar on Thursday past $100 a barrel, a point of concern amid unprecedented inflation within the U.S. Biden has said he is currently weighing moves to mitigate the cost of energy, which might involve drawing upon the U.S. Strategic Petroleum Reserve, according to the Wall Street Journal.