“I mean, he's taken over a country for $2 worth of sanctions," Trump said. "I'd say that's pretty smart" 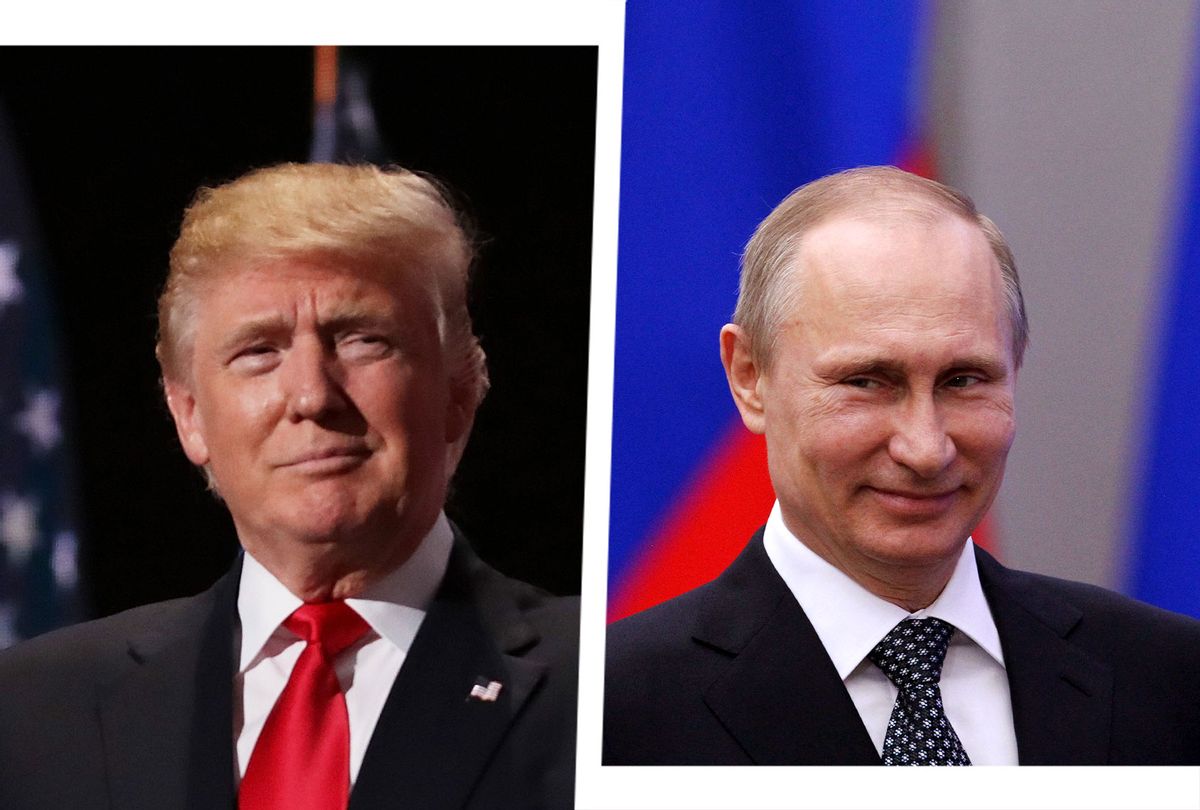 Donald Trump on Wednesday called Russian President Vladimir Putin "very smart" for launching a full-scale invasion of Ukraine, suggesting that he supports a military conflict that will lead to untold civilian death.

"I mean, he's taken over a country for $2 worth of sanctions. I'd say that's pretty smart," Trump said during a Mar-a-Lago fundraiser. "He's taking over a country, literally, a vast, vast, location, a great piece of land with a lot of people, and just walking right in."

Despite praising the invasion, Trump also claimed that it "never would have happened" under his watch, saying that he knows Putin "very well … almost as well as anybody in this room."

Over the past week, Trump has repeatedly expressed sympathy for Putin's position and framed the international crisis as a reflection on President Biden's performance.

On Tuesday, Trump described the pretext Putin was using to justify an incursion as "genius." And in a Wednesday statement, the former president said that the Russian leader is "playing Biden like a drum. It is not a pretty thing to watch!"

RELATED: Why Putin will invade: War is the place where logic and reason go to die

The former's perspective appears to be shared by many of his allies on the right, some of whom have attempted to attribute the invasion to America's alleged fixation on "wokeness."

"The Russian people still know which bathroom to use," Prince replied.

Russia officially launched its military offensive against Kyiv, Ukraine's capital, around 5am local time on Thursday. Russian bombings began just minutes after Putin announced a "special military operation" aimed at the "demilitarization and denazification" of Ukraine, according to CBS News. Ukraine has said that military control centers and airports have been targeted with "cruise and ballistic missile strikes." Troops and tanks have also invaded the country, flanking Ukraine from three separate entry points.

As of this writing, the conflict has led to about deaths of forty soldiers and roughly ten civilian casualties, according to CNN. Thousands of Ukrainian civilians are reportedly attempting to flee the siege, leaving the major roadways in gridlock.

Putin has said that any nation that attempts to "interfere with" the attack faces "consequences as you have never before experienced in your history," stoking fears the Russian president is mulling the deployment of nuclear weapons.

World leaders have widely condemned the invasion, with steep economic sanctions against Russia in response.

"President Putin has chosen a premeditated war that will bring a catastrophic loss of life and human suffering," President Joe Biden said on Wednesday night. "Russia alone is responsible for the death and destruction this attack will bring, and the United States and its Allies and partners will respond in a united and decisive way. The world will hold Russia accountable."