“No one who wants to take money from Fox News or Rupert Murdoch should consider themselves a Democrat,” critic says 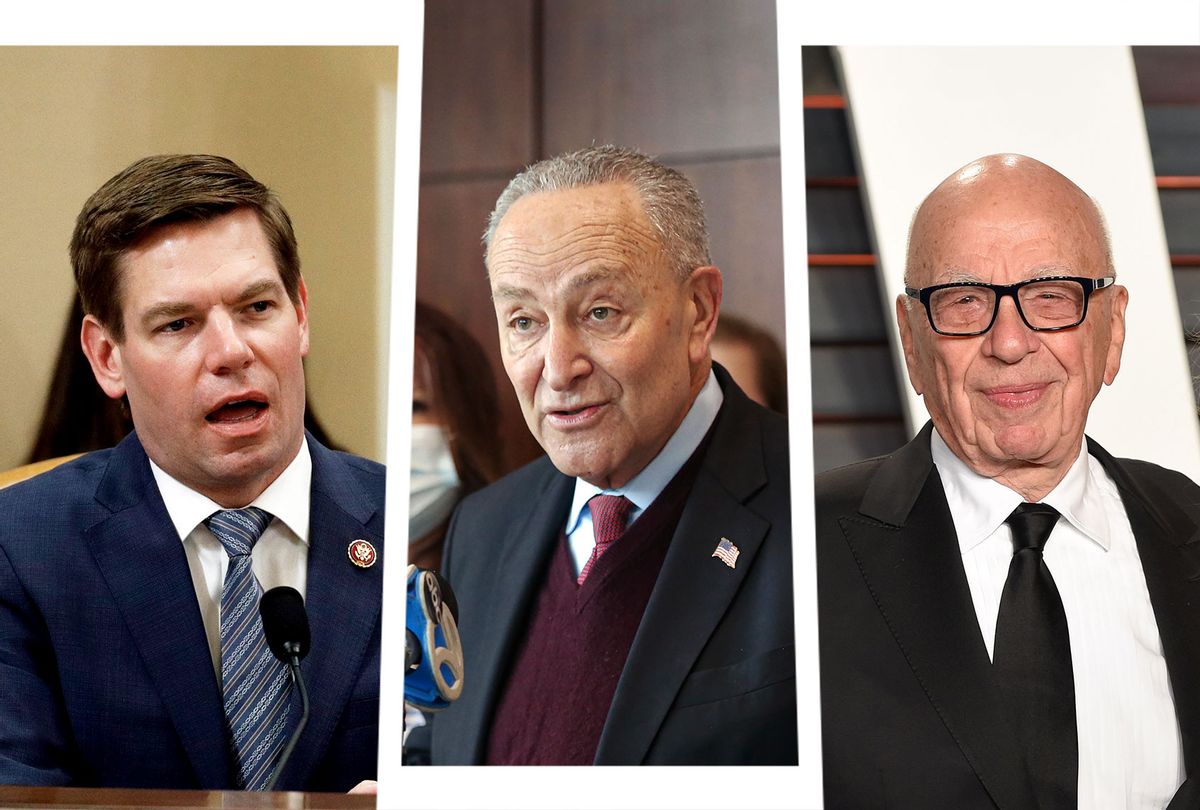 Democrats have collected more donations from Fox News' political action committee than Republicans since 2018 despite frequently criticizing the network over its right-wing coverage.

Federal Democratic candidates received $13,000 more from the 21st Century Fox PAC, which collects donations from Fox News employees and other Fox entities, during the 2018 campaign cycle, according to OpenSecrets data, while Republicans slightly outpaced Democrats in the 2020 cycle, raising $96,500 compared to $91,000 for Democrats from the renamed FOX PAC.

The PAC's top contributor is Fox Corporation Chairman Rupert Murdoch and other Fox executives also donate to the committee.

But it's not clear that these donations were actually rejected. The PAC's filing showed that the $1,500 December to Fletcher that was marked as "void" was "reissued" in February.

And Swalwell told The Daily Beast's Roger Sollenberger that his campaign had a "bank fraud issue that delayed cashing of checks."

"That check was reissued and cashed, my team tells me," he told the outlet.

Swalwell defended accepting the PAC's donations, arguing that they help pay for security costs necessitated by the network's "lies" about him.

"On the larger issue, despite daily lies against me from Fox News, I've worked well with Fox Corp, which includes their studios and sports network," he said. "The lies of Fox News have cost my campaign thousands in personal security. The Fox Corp contributions help offset that."

Swalwell is one of 53 Democratic candidates to accept donations from the PAC during the 2020 and 2022 election cycles, according to the Daily Beast.

The top House recipient of the PAC's contributions in 2020 was Rep. Debbie Dingell, D-Mich., who collected $7,500, the same amount the PAC donated to former Sen. Kelly Loeffler, R-Ga., whose loss tilted control of the Senate to the Democrats. Only Sen. Lindsey Graham, R-S.C., received more money from the group, banking the maximum allowed donation of $10,000.

Max Berger, a political operative that worked with the Justice Democrats and on Sen. Elizabeth Warren's, D-Mass., presidential campaign, told The Daily Beast it was a "damn shame" that Democrats are accepting money from Fox News.

"No one who wants to take money from Fox News or Rupert Murdoch should consider themselves a Democrat," he said. "Some establishment Democrats have gotten so used to taking money from odious sources like big Pharma and fossil fuel lobbyists that nothing seems too dirty."

The network "drives so many violent threats" that people "have to fundraise for their own safety," she tweeted.

Journalist Oliver Willis, who previously worked at the media watchdog group Media Matters, has frequently criticized Democrats for appearing on the network and helping to enable "lies and deception," especially in the wake of the Jan. 6 Capitol riot.

"Start asking Democrats why they appear on Fox News," he tweeted. "Make them justify their role in helping to prop up America's leading source of white supremacist content."