10 inspiring facts about the Tuskegee Airmen

The first Black pilots to serve in the United States military put the U.S. armed forces on the road to integration 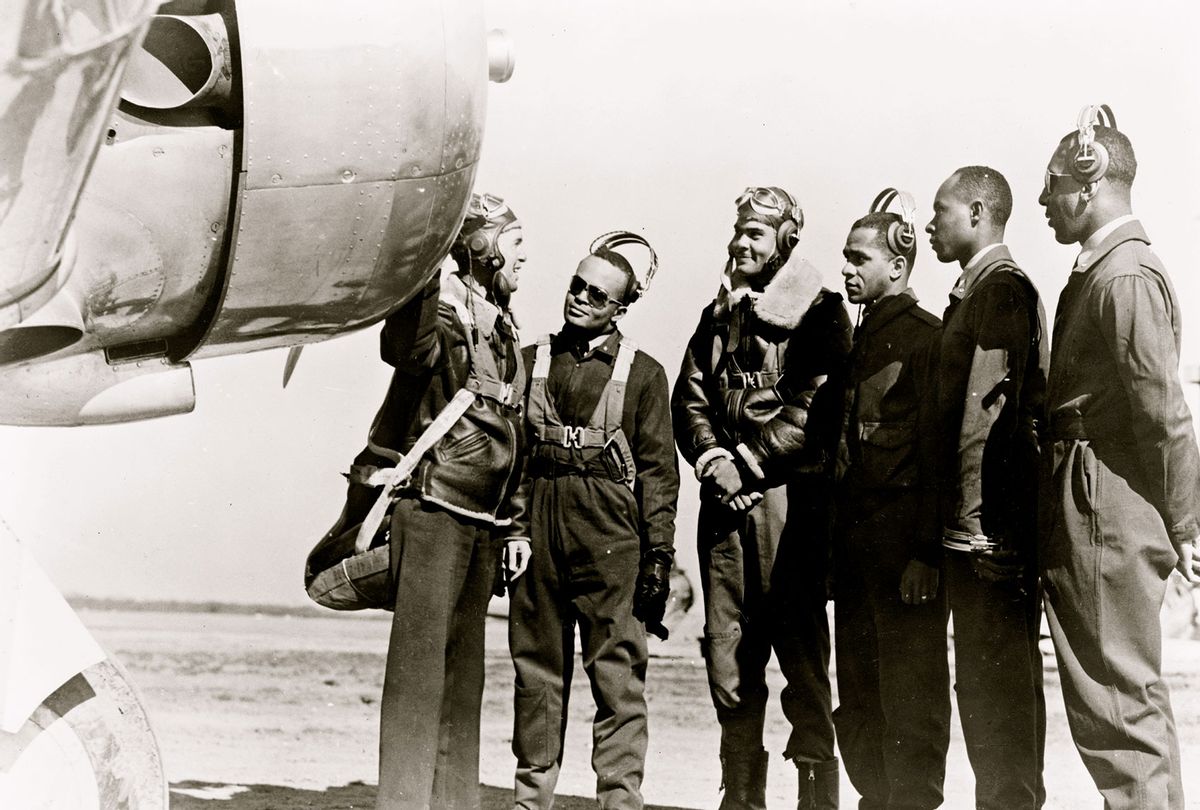 Members of the first class of Black pilots in the history of the U.S. Army Air Corps graduate as second lieutenants in Tuskegee, Alabama in March 1942 (Buyenlarge/Getty Images)
--

The first Black pilots to serve in the United States military — along with the navigators, mechanics, instructors, and other personnel who supported them — are today remembered as the Tuskegee Airmen. Established in 1941, they built an impressive combat record, helped the Allies win World War II, and put the U.S. armed forces on the road to integration.

Now called Tuskegee University, the Tuskegee Institute was founded in 1881 as a school for training Black teachers. In its first five decades, the school employed and produced leading Black scientists and thinkers, including botanist George Washington Carver and architect Robert Taylor. In 1939, the institute secured federal funding under the Civilian Pilot Training Program (CPTP) to train Black pilots in response to the outbreak of war in Europe; the program intended to create a pool of trained aviators for potential military service. The institute quickly leased an airstrip, acquired multiple planes, and hired its own instructor pilots. The Tuskegee Institute was one of six historically Black colleges and universities that participated in the CPTP.

2. The Tuskegee Airmen had roots in Illinois

Before 1941, the U.S. military — which was officially segregated — prohibited Black pilots. Civil rights organizations and Black newspapers pressured the government to open up the role to Black aviators. In 1941, the government contracted Tuskegee Institute to offer primary training for the military's first Black airmen. On March 22, 1941, the 99th Pursuit Squadron (later the 99th Fighter Squadron) was formally constituted [PDF]. Not only was it the very first Tuskegee Airmen unit, but it was also the first Black flying unit of any kind in American military history. The inaugural members began their training at Chanute Field in central Illinois, about 16 miles north of Champaign, Illinois. But they didn't stay there very long. By the end of the year, the 99th had relocated to Tuskegee, Alabama.

3. No one called them "Tuskegee Airmen" during World War II

The "Tuskegee Airmen" nickname was coined by author Charles E. Francis in the title of his 1955 book [PDF]. The Tuskegee Airmen encompass several different squadrons and groups with connections to the training facilities in Tuskegee: the 99th, 100th, 301st, and 302nd squadrons, which together made up the 332nd Fighter Group. The 447th Bombardment Group, a Black bomber unit, is also included under the Tuskegee Airmen umbrella, along with the instructors, mechanics, and ground crew at the Tuskegee Institute's training facilities between 1941 and 1946.

4. Eleanor Roosevelt supported the Tuskegee Airmen when others didn't

The first lady put a spotlight on the Tuskegee program when she visited the Tuskegee Institute in 1941. Charles A. Anderson, a pilot now known as "the father of Black aviation," was its chief civilian flight instructor. At Roosevelt's request, he took her on an aerial tour and the pair spent 40 minutes flying over the countryside together. The resulting news photograph of Roosevelt and Anderson helped to dispel the notion that Black Americans were unfit to fly aircraft — and encouraged many to apply to the program.

5. The Tuskegee Airmen built an exemplary record in their bomber escort missions

Members in the 332nd Fighter Group were tasked with escorting bomber planes on their missions. The escorts protected the bombers in flight and attacked enemy aircraft that might fire at the bombers. The Tuskegee Airmen flew these important missions around the Mediterranean theater and racked up an admirable number of hits. According to historian Daniel Haulman, the Tuskegee Airmen flew 312 missions, of which 179 were bomber escort missions, between June 1944 and April 1945. "They lost escorted bombers to enemy aircraft on only seven of those missions," totaling 27 American planes, he said in an interview with the National World War II Museum. Each of the six other escort groups in the U.S. command lost an average of 46 bombers [PDF].

During World War II, individual fighter groups set themselves apart by giving the tails of their planes a distinctive paint job. This made it easier to coordinate large flight formations and helped bomber crews recognize friendly aircraft. In July 1944, members of the 332nd Fighter Group began flying P-51 Mustang planes with tails painted solid red [PDF]. Soon, the Tuskegee Airmen (as a group) were nicknamed the "red tails." A 2012 George Lucas-produced film by the same name fictionalizes this unit's success in shooting down German fighter planes.

7. The first three Black generals in the U.S. Air Force were Tuskegee Airmen

The life of four-star general Benjamin O. Davis, Jr. (1912-2002) is a series of firsts. Davis was the son of the Army's first Black general, and in 1932, became the first Black cadet admitted to the U.S. Military Academy since Reconstruction. The career officer served for 33 years, fought in three wars, and commanded the 332nd Fighter Group in the Tuskegee program. Daniel "Chappie" James, Jr. (1920-1978) served as a fighter pilot in the Second World War, Korea, and Vietnam, and became the first four-star African American general in any U.S. military branch in 1975 when he was appointed the commander of NORAD (North American Aerospace Defense Command). After enlisting in the Army Air Forces in 1942, Lucius Theus (1922-2007) served as a training officer at the Tuskegee Air Field before going on to serve or command at numerous U.S. and international air bases and at the Air Force headquarters. He was the first Black combat support officer to be promoted to major general.

8. The Tuskegee Airmen faced segregation on base

A nonviolent protest at Freeman Field in Indiana in 1945 became known as the Freeman Field Mutiny. Its commander separated accommodations by race, which was against Army rules. When the 477th Bombardment Group was transferred there, its Black personnel were miscategorized as trainees so the base's white officers wouldn't have to share their officer's club with them. On April 5, 1945, some of the Black airmen peacefully walked into the club anyway. All the Black officers at Freeman Field were then told to sign a document agreeing to "separate but equal" policies on military bases, and the 101 Black personnel who refused were arrested. Eventually, three were court-martialed and one was convicted of insubordination.

9. A Tuskegee Airman led a classified inquiry into UFOs

Robert Friend served as a wingman for Benjamin O. Davis, Jr. during WWII. He went on to direct Project Blue Book, a classified Air Force research initiative that investigated 12,618 alleged UFO sightings beginning in 1948. In 1969, the Air Force concluded that "there has been no evidence indicating that sightings categorized as 'unidentified' are extraterrestrial vehicles," and shut down the project.

10. In 2007, the Tuskegee Airmen were awarded the Congressional Gold Medal

The airmen, including military and civilian support staff, received the highest civilian award bestowed by the United States Congress for their "unique military record that inspired revolutionary reform in the armed forces." Other Congressional Gold Medal recipients include the crew of the U.S.S. Indianapolis, Nelson Mandela, and Martin Luther King Jr. and Coretta Scott King.