The former president said that "at any cost," Supreme Court justices "don't want to be impeached" 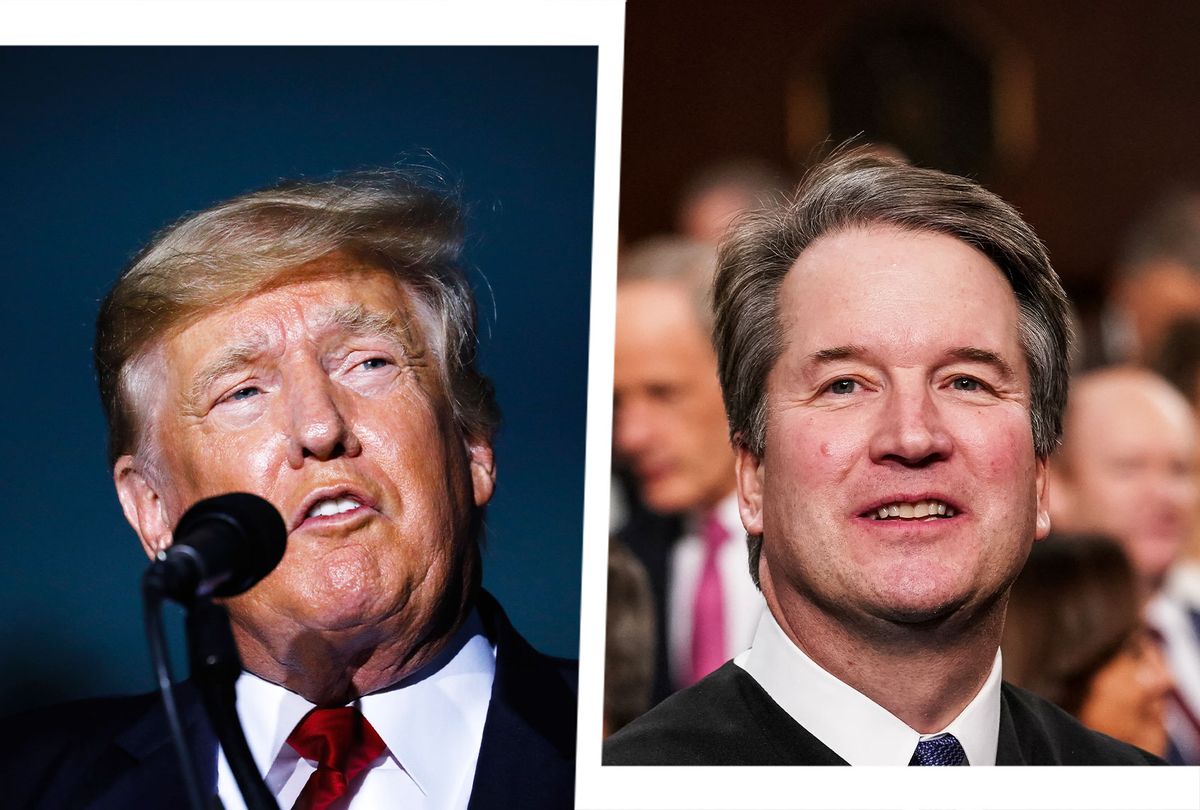 Former president Donald Trump ripped into his own Supreme Court justices on Saturday after they declined to block the House Select Committee investigating Jan. 6 from obtaining his White House records.

Trump was particularly hard on Justice Brett Kavanaugh — suggesting that he's afraid to do the right thing because Democrats might impeach him over sexual assault allegations.

The former president said that "at any cost," Supreme Court justices "don't want to be impeached."

"They said not so long ago, we're going to impeach him for something, and then they found out, the woman got up and said he never did anything wrong," Trump added. "They said, 'We don't care, we're going to impeach him anyway.' These are vicious people, and we can't let this go on. They (Supreme Court justices) have to gain strength. They have to gain new courage, and they have to stand up for freedom and stand up for what is right. They can no longer be afraid of the radical left, our Supreme Court."

Later, Trump vowed that Republicans will "stop the radical Democrats from packing the Supreme Court with far-left justices."

"Although the way the Supreme Court is behaving, perhaps the Republicans should pack the Supreme Court," Trump said, "They are behaving not the way we think is appropriate for our country."