The real figures are considerably higher than previously announced, especially in government-controlled territory 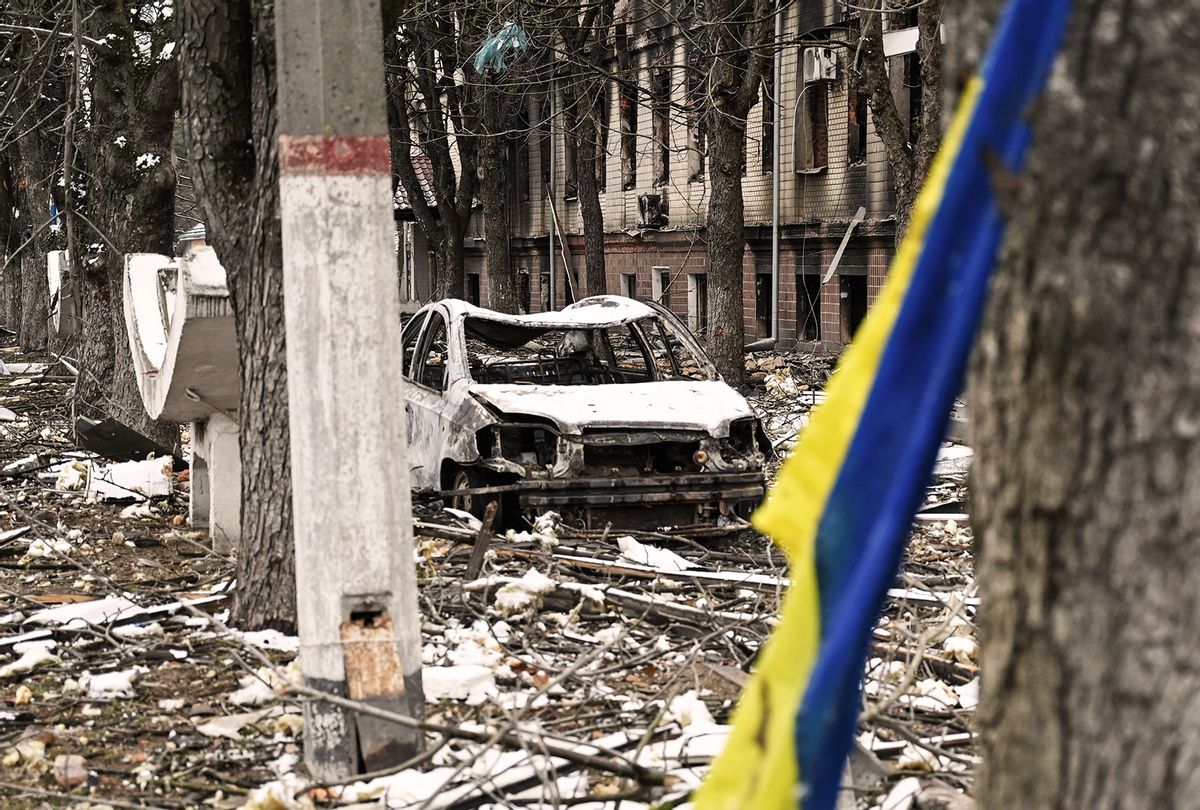 The view of military facility which was destroyed by recent shelling in the city of Brovary outside Kyiv on March 1, 2022. - Russian troops will carry out an attack on the infrastructure of Ukraine's security services in Kyiv and urged residents living nearby to leave, the defence ministry said on March 1, 2022. (GENYA SAVILOV/AFP via Getty Images)
--

Ten days into Russia's war on Ukraine, United Nations monitors announced Saturday that at least 351 Ukrainian civilians have been killed and another 707 injured—though the actual figures for both are likely much higher.

The Office of the U.N. High Commissioner for Human Rights (OHCHR) said it believes that "the real figures are considerably higher, especially in government-controlled territory and especially in recent days, as the receipt of information from some locations where intensive hostilities have been going on was delayed and many reports were still pending corroboration."

"This concerns, for example, the town of Volnovakha where hundreds of civilian casualties have been alleged," the office said. "These figures are being further corroborated and are not included."

The Associated Press noted that "Ukraine's State Emergency Service has said more than 2,000 civilians have died, though it's impossible to verify the claim."

OHCHR added that most confirmed civilian casualties since Russian President Vladimir Putin announced the invasion on February 24 "were caused by the use of explosive weapons with a wide impact area, including shelling from heavy artillery and multi-launch rocket systems, and missile and air strikes."

The International Criminal Court earlier this week launched an investigation into claims that Russian forces have committed war crimes, including by using cluster bombs and targeting civilians and civilian infrastructure.

The U.N. casualty figures came as Ukrainian officials accused Russian forces of violating a cease-fire for evacuation routes out of the cities of Mariupol and Volnovakha.

As the AP reports:

Russian outlet RIA Novosti carried a Russian Defense Ministry claim that the firing came from inside both communities against Russian positions.

Shelling began in Mariupol as thousands of people gathered to leave the city and buses were departing, said Mayor Vadym Boychenko, adding that "we value the life of every inhabitant of Mariupol and we cannot risk it, so we stopped the evacuation."

The Mariupol City Council similarly said on social media that "due to the fact that the Russian side does not adhere to the cease-fire and has continued shelling both of Mariupol itself and its environs and for security reasons, the evacuation of the civilian population has been postponed."

More than 1.3 million Ukrainians have fled the country since the Russian invasion, according to the U.N. Refugee Agency.

Anti-war protests are planned around the world for Saturday and Sunday.