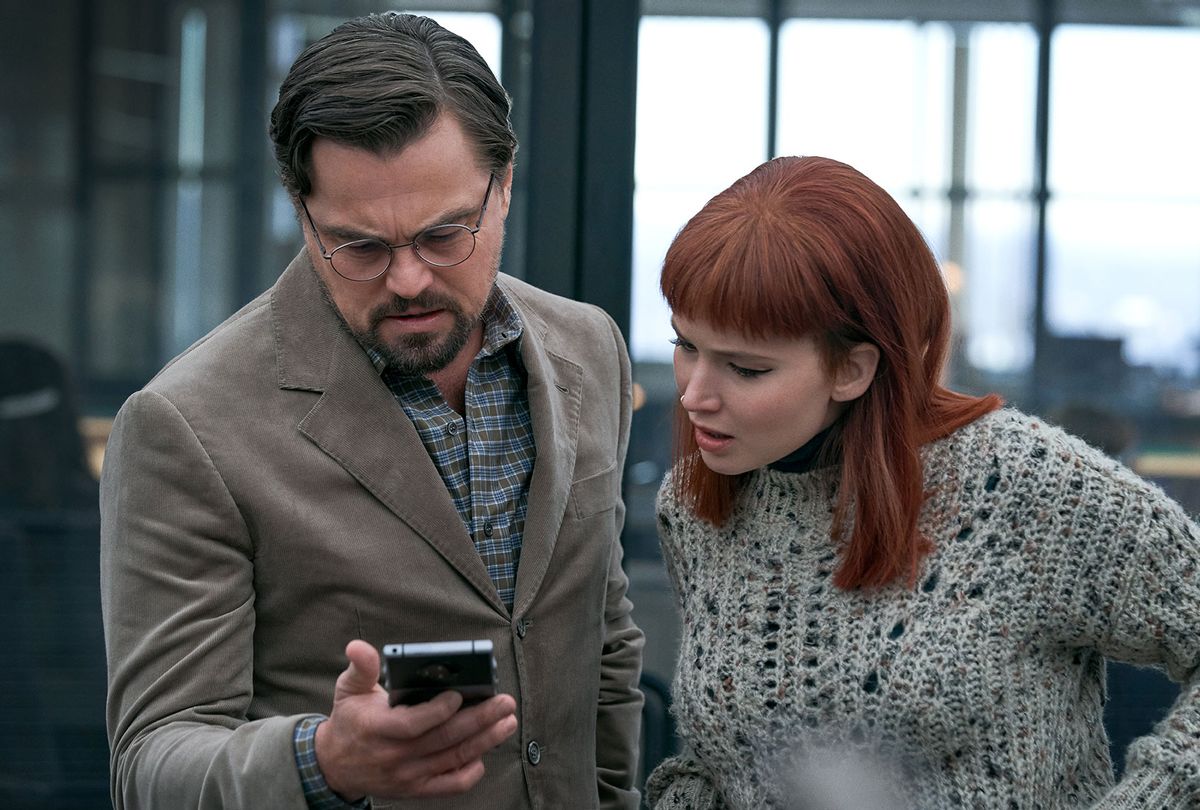 It is often implied that all we need are technological solutions and more renewable energy to solve our environmental issues. But history teaches us that as technology progresses and we become more efficient, we simply consume more. This has associated environmental problems, such as plastic waste, water pollution and mining for finite resources.

To tackle the climate and biodiversity crisis effectively, we urgently need to address cultural values relating to consumption. An important aspect of this is the role models presented on our screens and in books.

Role models are often found among famous people, from Sir David Attenborough and his love of nature to UK Apprentice host Lord Sugar and his private jet. Yet fictional role models also influence cultural values in ways that are less overt but powerful nonetheless.

Research into the growing field of educational entertainment shows that when people are immersed in a story, they become more open to the persuasive messages embedded in them. This process is called narrative transportation. It also shows that fictional role models can have cultural impacts both good and bad.

Cognitive science research supports the importance of role models as they tap into how our brain processes information and learns. Exemplar theory suggests that role models affect values and behaviours in ways that may be less conscious but more impactful than telling people what to do. Currently, green characters tend to be portrayed as irritating, quirky or odd, just as we need to be normalising green behaviours as a way of life.

At the same time, many popular TV shows such as "And Just Like That," "Riviera" and "Emily in Paris" exemplify role models whose lifestyles of gas-guzzling cars, private jets and fast fashion are destroying our beautiful planet.

The title character in "Emily in Paris" is American, quirky and fun. She works in luxury marketing and comes up with innovative ways to get people to buy the latest fad. She wears a different outfit every day, although who knows how she stores so many clothes in her tiny Paris apartment.

People, unsurprisingly, want to dress like her and live like her. But Emily's is a fictional world.

In the real world, the fashion industry emits twice as many carbon emissions than aviation and shipping combined, pesticides in cotton and chemical in dyes and micro-plastics in clothes pollute vast amounts of water, and the fast-fashion trend towards increased clothing production and decreased garment usage lifetime continues unabated.

Emily could get her clothes from fashion swaps and vintage shops, and use her amazing marketing skills to highlight all the new apps and opportunities to rent, borrow, share or buy second hand. Yet the writers are choosing to show us the same old trope of girls shopping, staggering home swinging plastic-coated single-use bags carrying numerous items of clothing that will be worn once or twice. She could easily be written to care more about the earth without sacrificing the lovely Paris backdrop, sexy chefs and fun clothes.

These are just pledges but preliminary results from our study on readers' responses to my eco-themed rom-com novel, "Habitat Man," indicate that embedding green solutions within a story aimed at a mainstream audience results in actual changes in behaviour while not compromising the storyline.

For example, in the garden of the story's love interest, the main character Tim (aka Habitat Man) shares tips on wildlife gardening while readers watch the romance play out. The discovery of a body while digging a pond provides mystery and an opportunity to highlight the benefits of natural burials.

One participant explicitly said they had changed their will to specify a green funeral after reading the book. "Habitat Man" is highly rated by both green activists and mainstream readers, showing that stories can be both engaging in their own right and inspire sustainable behaviour change.

There are also initiatives, such as the Green Stories writing competitions, that encourage writers to develop more sustainable role models. The website suggests transformative sustainability solutions such as personal carbon allowances and sharing economies that writers can embed into their stories. This work is being extended into video, in association with Bafta's Albert initiative, through a competition to create five minute videos that highlight the impact of fictional role-models and calls out those writers and characters that implicitly promote excessive consumption as an aspiration.

I suspect that in 10 years when climate change and mounting waste is impossible to ignore, we'll find the mindless consumption in shows like "Emily in Paris" jarring. But we don't have 10 years. So let's call them out now and encourage writers and producers to develop more planet-friendly characters for us to emulate and enjoy.