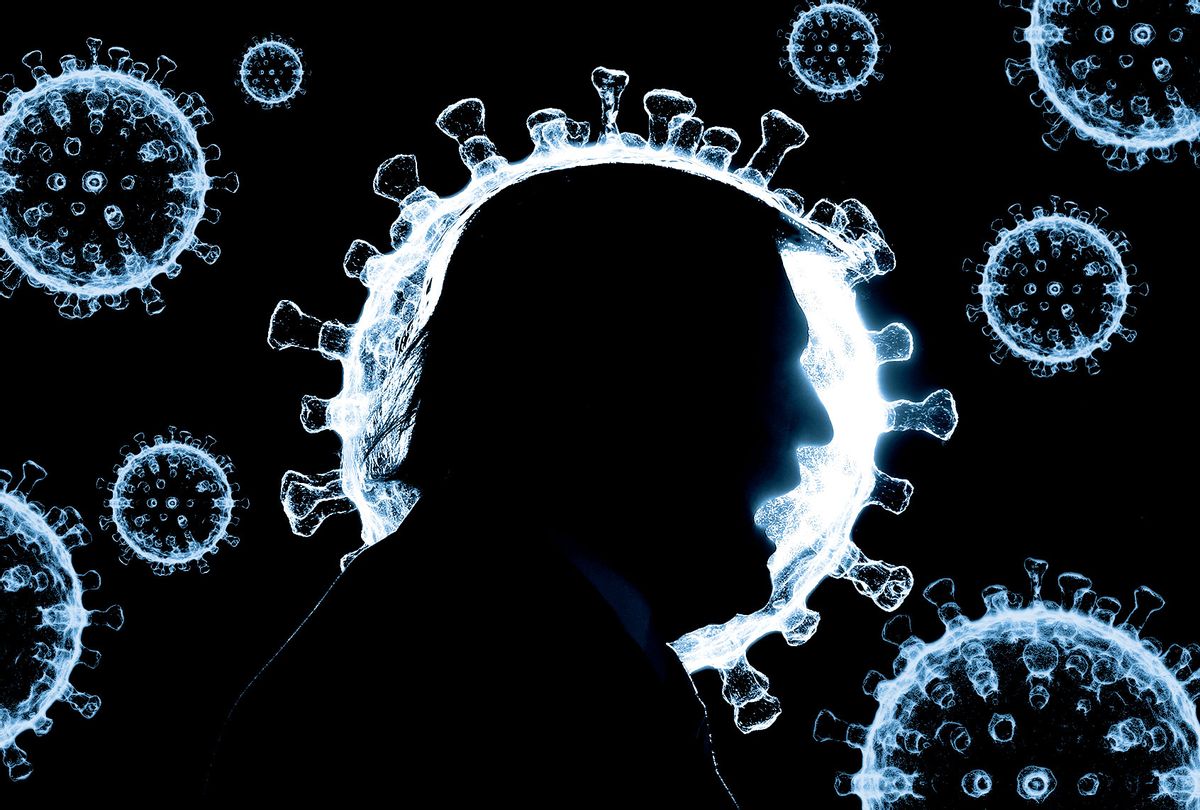 Two years ago today, the World Health Organization declared that the new coronavirus, first detected just a few weeks before in Wuhan, China, had become a global pandemic. That same day the NBA suspended its season and actor Tom Hanks revealed that he and his wife Rita Wilson had contracted the virus. Dr. Anthony Fauci of the National Institutes of Health told a congressional panel that the Covid-19 pandemic in the United States would get significantly worse.

"The number could go way up and be involved in many, many millions."

President Donald Trump addressed the nation from the Oval Office that night and made this big announcement:

Unfortunately, Trump hadn't conferred with European leaders so they were caught unaware when he announced that he planned to halt all travel and imports from the continent. Almost as soon as he stopped speaking, aides were rushing to correct what he said, explaining that the ban would only apply to some European travelers and not to goods.

Trump was typically offensive even in that formal setting, peppering his speech with comments such as "this is the most aggressive and comprehensive effort to confront a foreign virus in modern history," and "a large number of new clusters in the United States were seeded by travelers from Europe" which became his stock in trade over the next year as he finally settled on "China virus" and "Kung flu" as the xenophobic catch phrases of choice.

Throughout the prior few weeks, we'd been following the story with growing interest but it was just a little over a month earlier that Trump had been acquitted in his first impeachment trial and, as usual, his chaotic presidency brought fresh outrages every day so the impact of Covid abroad hadn't truly hit home. On March 9th, two days before, Trump held one his most memorably inane Covid press avails when he visited the Centers for Disease Control (CDC) in Atlanta. He said he didn't want to allow some Americans stranded on a cruise ship back into the country because he wanted to keep his "numbers" down. It was then that he reminded us just how dangerous it was that a man with his temperament was in charge during such a serious crisis. Recall this asinine comment:

You know, my uncle was a great person. He was at MIT. He taught at MIT for, I think, like a record number of years. He was a great super genius. Dr. John Trump. I like this stuff. I really get it. People are surprised that I understand it. Every one of these doctors said, "How do you know so much about this?" Maybe I have a natural ability. Maybe I should have done that instead of running for President.

We were soon learning new phrases like "social distancing" and "flatten the curve" and started wearing make-shift masks everywhere, hoarding toilet paper and inexplicably sterilizing our canned goods. Quarantined in our homes watching the horror unfold on TV, seeing the hospitals and morgues over flowing, bodies being stored in refrigerator trucks. Watching the case numbers grow exponentially was bizarre and disorienting. Many Americans still had to go out into the world and do their jobs. Health care workers, grocery store clerks, delivery drivers, cops and food providers were forced to expose themselves and their families to this deadly plague every day just to keep the country going. Many of them died.

The unemployment rate went from 4.4% in March to 14.7% in April. The stock market fell out of bed repeatedly, schools and businesses closed, and a whole lot of people started getting very sick and dying. None of us had ever been through anything like it.

We learned very quickly that the nation was unprepared for a public health emergency like this. The consolidation of hospitals in recent years resulting in fewer beds for more people left us extremely vulnerable to a mass illness event and our lack of supplies and inability to get the ones we had to where they were needed was a clear national disgrace, all of which was exacerbated by the sheer ineptitude of the Trump administration's federal response.

Sensing an opportunity to be the center of attention, Trump took over the daily Covid briefings and turned them into a macabre vaudeville act, pushing snake oils cures and battling with the media. But within weeks, he lost what little interest he had in properly dealing with the crisis as he grew concerned it was going to hurt his re-election chances. From that point on, the pandemic became a political football — and the country has suffered for it ever since.

On March 11, 2020, the number of coronavirus cases in the U.S. had just crossed the 1,000 mark and 29 Americans had died. Today, the death toll is nearing one million, a number that was considered unthinkable two years ago. And although the numbers have come down rapidly from our most recent surge, we are still experiencing 1,500 deaths per day. This is the new normal.

For all the great sacrifices for the common good so many people have made in this crisis, Covid politics seeded during Trump's last year in office have shown Americans a side of our culture that isn't very pretty. Our vaunted individualism and worship of personal freedom has an ugliness that revealed itself in this critical situation. The refusal to accept the need for collective action to protect everyone, especially the vulnerable, by millions of our fellow Americans has broken the already fragile social contract and as a result cumulative U.S. Covid-19 deaths per capita are the highest among all large, high-income countries. How embarrassing. How tragic.

The latest surge has receded and the mandates and requirements are all coming down. It seems unlikely at this point that they will ever be reinstated even if a new variant comes our way as many public health experts expect will happen. The country is exhausted with COVID and just wants to move on which is understandable. But many Americans are also exhausted from the endless political battle surrounding it.

The COVID vaccines are a medical miracle of which the right could have taken ownership and led the way if it wanted. Trump was begging for credit as the man who single-handedly invented them. Masks and other mitigation efforts are minor inconveniences that might have been seen as acts of solidarity, even patriotic duty. Instead, COVID-19 became just another political weapon, with the right wing literally choosing to die rather than join in any common effort with their political enemies.

Hundreds of thousands of people have now died unnecessarily in America's culture war --- and it isn't over yet.