"Since when were children so blatantly racist?" asked the mother of a boy "auctioned" off by classmates at school 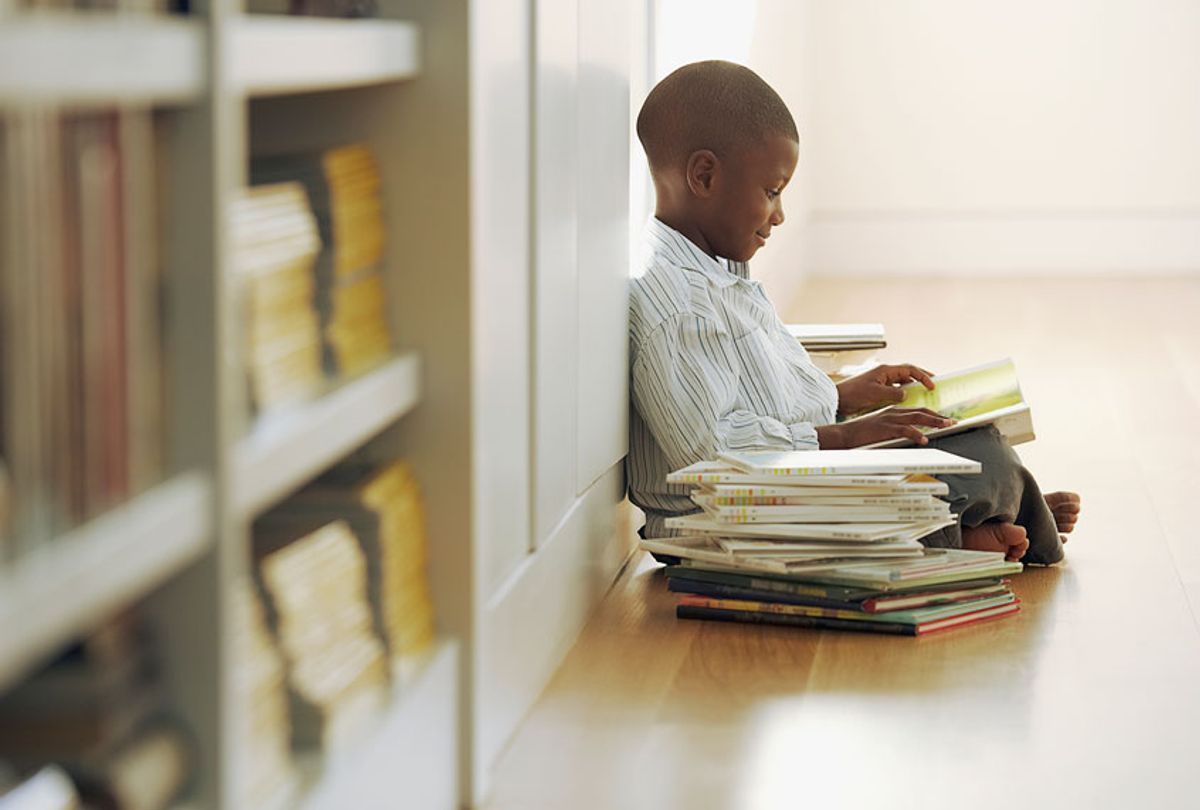 Young boy with a stack of storybooks (Getty Images)
--

A school district in Chatham County, North Carolina has found itself embroiled in controversy after a mother claimed that her son was sold by classmates at a mock "slave auction," according to The Daily Beast.

"In a March 4 Facebook post, parent Ashley Palmer said her son had 'experienced a slave auction by his classmates' at J.S. Waters School in Goldston, North Carolina, in which another student served as 'slavemaster' and her son 'went for $350.' She went on to claim that she had a video of students 'harmonizing the N word,'" reported Emily Shugerman. "'Since when were children so blatantly racist? Why is this culture acceptable?' she wrote in the post, which was first reported by the Raleigh News and Observer."

"Parents teach your kids that this behavior isn't ok," her post concluded. "Teach them also that SILENCE IS COMPLICITY! Laughter is even worse!"

According to the report, Superintendent Dr. Anthony Jackson vowed that "those who are acting outside of our expectations will be held accountable," and the students who held the slave auction were suspended. However, according to Palmer, the school has not responded to the racist video, and the "slavemaster" classmate "hit her child with a baseball after his return to school."

In recent years, a number of schools have come under controversy for racially insensitive incidents; a similar mock slave auction that put prices on Black classmates led to several students being suspended at a high school in Aledo, Texas last year.