"Dune: Part Two will have “much more Harkonnen stuff” 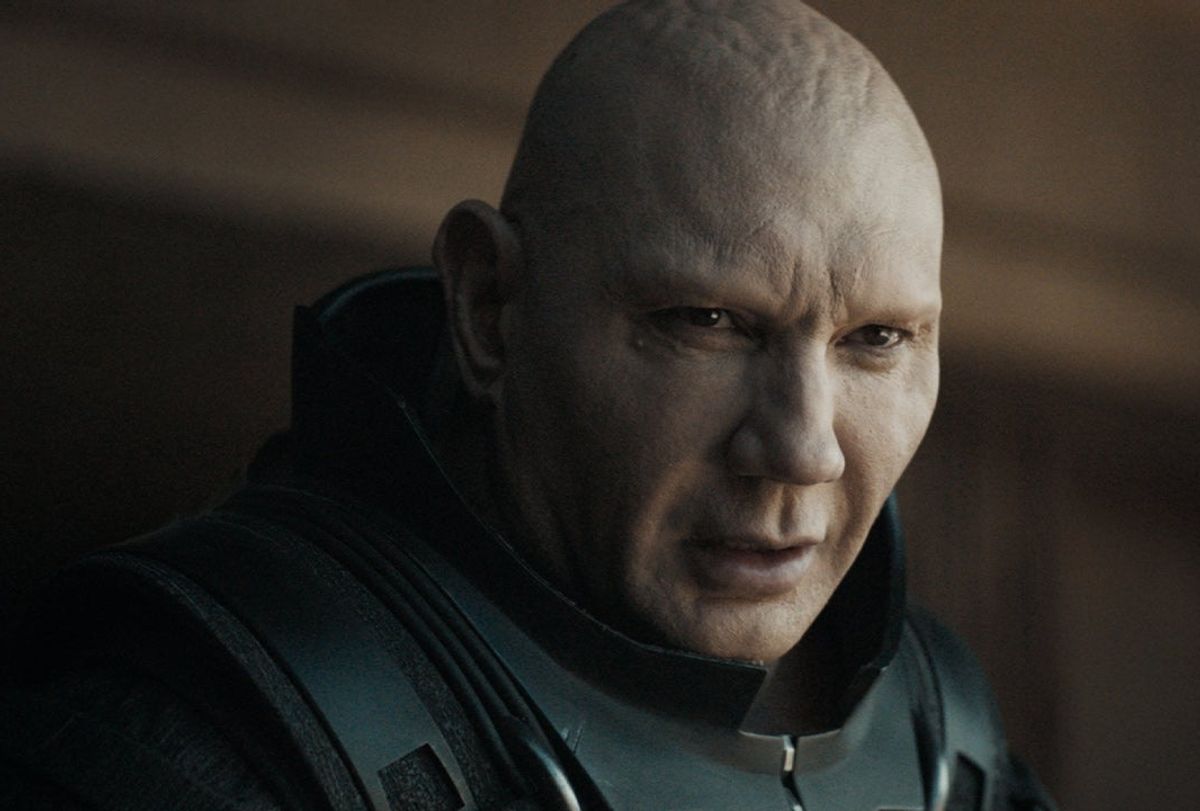 Director Denis Villeneuve's visionary adaptation of "Dune" was one of the biggest movies of 2021, and with good reason. Plenty of people had tried to adapt Frank Herbert's 1965 science fiction novel over the years, but after enough attempts hit wide of the mark it developed a reputation for being nigh-unadaptable. Villeneuve, who previously directed "Arrival" and "Blade Runner 2049," seemed like the perfect fit, finally made a movie that finally got it right. "Dune" was not without its flaws, especially its lack of MENA cast members, but it stuck close to Herbert's vision while still being palatable to a wider audience.

It also featured an insanely talented cast of actors, including Timothée Chalamet, Zendaya, Rebecca Ferguson, Dave Bautista, Josh Brolin, Oscar Isaac, David Momoa, and Stellan Skarsgård. The movie has since gone on to snag 10 Oscar nominations including Best Picture, although Villeneuve himself was notably absent from the Best Director category in a somewhat baffling snub.

In short, "Dune" felt like a movie shooting to become a new modern classic in the same way that Peter Jackson's "Lord of the Rings" movies did in their time. But of course, the movie only adapts the first half of Herbert's novel. Luckily, we know that Dune: Part Two is on the way.

Villeneuve recently spoke to Empire about prepping for his return to Arrakis, including an update on the production schedule and the thing he's most concerned about heading into "Part Two." "We are supposed to shoot by the end of the summer," the director said. "I will say it is mostly designed. The thing that helps us right now is that it's the first time I've revisited a universe. So I'm working with the same crew, everybody knows what to do, we know what it will look like. The movie will be more challenging, but we know where we are stepping. And the screenplay is written. So I feel confident. Frankly, the only big unknown for me right now is the pandemic."

In cutting the source material in half, Villeneuve had to make hard decisions about what elements to include in the first movie and what ones to push back to "Part Two." This extended beyond simple decisions like the choice to cut Gurney Halleck's baliset jam; one notable absence was Feyd-Rautha, Baron Harkonnen's nephew, who becomes a major antagonist in the back half of the book.

"When you adapt, you have to make bold choices in order for the things to come to life. And I think that was the best way to introduce this world to a wide audience," Villeneuve explained. "Now in the second one, I want to have more flexibility, and it will be possible to go a little bit deeper into some of these details. It's like a chess game. Some new characters will be introduced in the second part and a decision I made very early on was that this first part would be more about Paul Atreides and the Bene Gesserit, and his experience of being in contact for the first time with a different culture. Second part, there will be much more Harkonnen stuff."

Despite the difficulties of adapting such a dense piece of work for the screen, Villeneuve is more than ready to get back to shooting. "I just want to experience it, be present with it, every single moment of it," he said. "When I shoot a film, I shoot it like all my movies, as if it's the last one. I will do the same with 'Part Two.'"

Original "Dune" opening would have shown the genesis of Arrakis

Perhaps "Dune: Part Two" will provide the team with an opportunity to do some things it wanted to do in the first film but couldn't. For instance, screenwriter Eric Roth told IndieWire that he originally had a very ambitious opening sequence in mind. "Because I'm adventurous, I started the movie with what would seem to be Genesis — 'and God created' — and you think you're seeing the formation of the Earth. And it's 'Dune,' with wild animals, things you've never seen."

Apparently Villeneuve liked this idea, but passed on it because if they did it, they "can't afford the rest of the movie." Roth is unsure if that was just the director's polite way of saying no, but with people officially looking forward to the sequel, anything's possible.

Despite the fact that "Dune: Part Two" hasn't even begun filming yet, it's already got a tentative release date of October 20, 2023. We won't have to wait too long to get back to the sand dunes of Arrakis.