13 Purim recipes to feast on this year

You gotta soak up all that wine somehow . . . 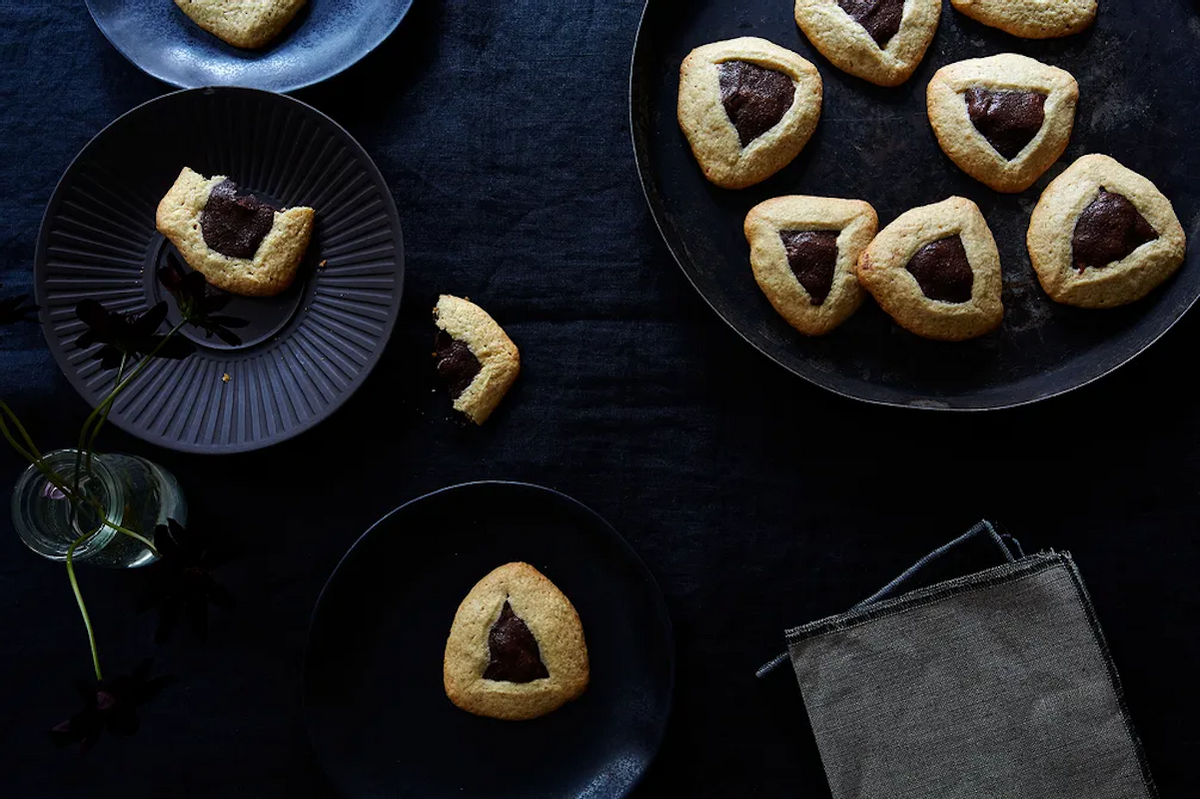 A celebratory holiday based upon a rather dark — yet triumphant by the end — story, Purim (literally meaning "lots") is centered around a young Jewish woman named Esther. As Esther rose through ranks to become the queen of Persia, she kept her religious identity secret to her husband, King Ahasuerus. With the help of her cousin and father figure Mordecai, Esther foils the plot of Persian Empire official, Haman, who'd planned to exterminate all Jewish people, by revealing her true identity to the king. Haman was removed from power, the Jewish people were kept safe, and everyone celebrated. There's a lot more to it, of course, but even with all this biblical gossip I can sense you're itching to comment, "just give us the recipes, already!" So I'll be quick: In short, Purim is a party.

Purim is observed by dressing up as characters in retellings of the story; giving money to those less fortunate; sharing gift bags, or mishloach manot, with friends; and partaking in the festive meal known as seudah, which involves loads of food and even more wine. (In fact, according to the Talmud, it's said to drink until one can no longer distinguish between the phrases "arur Haman," or cursed is Haman; and "baruch Mordecha," or "blessed is Mordecai" — but there's no requirement to actually get sloshed.)

When it comes to the food, some folks load up on the legumes — the story goes that Esther ate vegetarian to ensure she kept kosher; while others prefer to eat turkey in a reference to how far the kingdom spread at the time. Just about everyone partakes in hamantaschen (literally, "Haman's ears") the three-pointed cookies filled with jammy spreads, most traditionally poppy seed-based. (Depending on who's translating, this is a dark reference to devouring the story's villain).

Anyway, with all that said, pass the wine and let's get to the food.

This Persian rice and fava bean recipe is rich and filling enough to be your main dish — and it's a stunning one at that. If you can't find fresh or frozen favas, swap in whichever bean you prefer (lima beans are a great option).

You haven't experienced chickpeas' true potential until you've braised them in olive oil. Trust me.

This fragrant lentil stew is so perfect for dunking challah, you'll probably want to make a double batch for leftovers tomorrow.

4. A Pot of Beans and Greens

A pot of beans and greens is one of those low-effort meals that just feels like a party. Bonus: this is a budget-friendly meal (less than $10!) that serves a crowd.

Purim is possibly the only holiday besides Thanksgiving where you'll get the opportunity to roast a turkey. So why not go for it? (Of course, if you can't find turkeys this time of year, just follow this recipe with a big chicken.)

Embrace the wine part of this holiday with a roast chicken that calls for a cup of white (and then divide the rest of the bottle between your guests). L'chaim!

If you have meat-lovers at the table, you can't lose with a sweet, smoky brisket. This one nods to Texas barbecue but will capture the heart of every brisket fan.

Some Purim-specific challahs will feature nuts or dried fruit, but you can always keep it classic with this recipe from Jessica Fechtor.

Traditional poppy seed hamantaschen get cozy with melted chocolate in this cookie recipe.

Make your own pineapple jam — or swap in your favorite fruit — for this recipe. The result? Cookies that look like gemstones. What could be better?

This chocolate hamantaschen might be even more exciting with a blot of raspberry jam in the center of each pocket. Just a thought.