Trump rules out Pence as his 2024 running mate: “I don’t think the people would accept” him

Trump says their relationship was great, except for what "took place in the end" 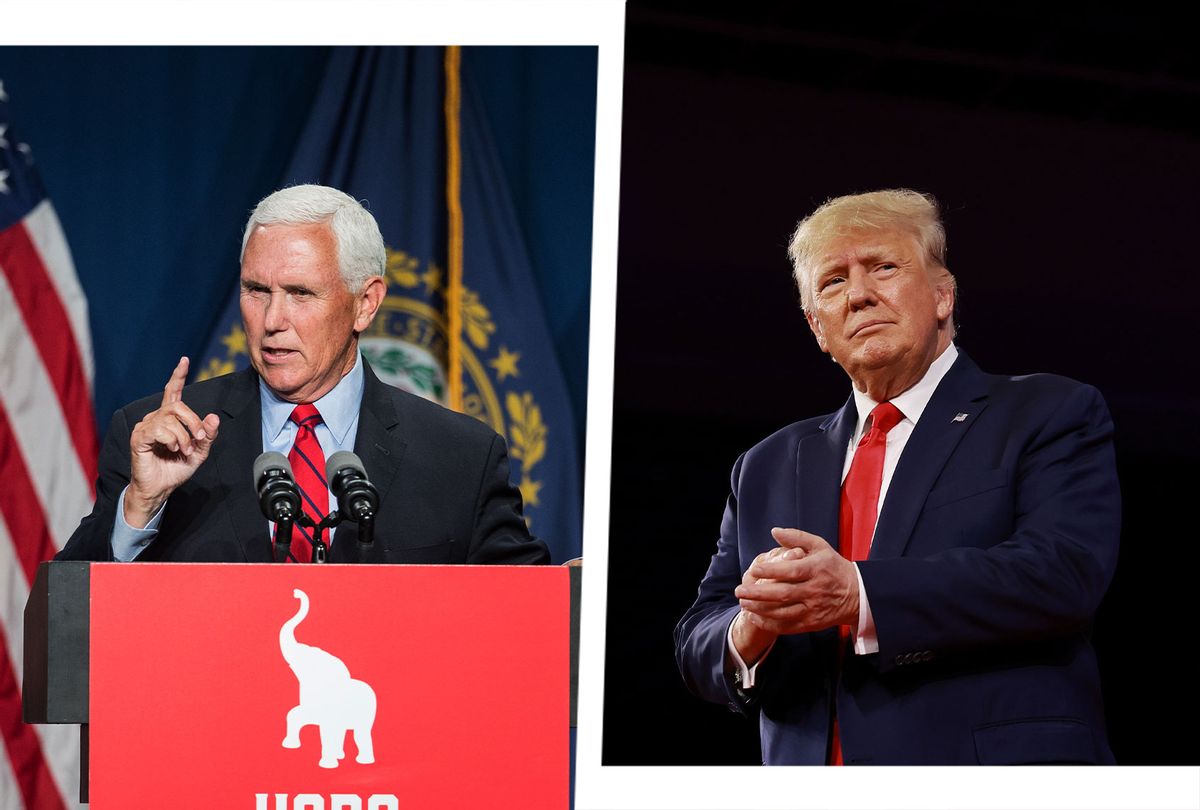 Donald Trump has yet to officially announce his candidacy in the 2024 presidential election. But if he does, Trump said, former Vice President Mike Pence will not be along for the ride.

On Tuesday, the former president ruled out Pence as his potential running mate, saying, "I don't think the people would accept" him for another term.

"Mike and I had a great relationship except for the very important factor that took place at the end. We had a very good relationship," Trump told The Washington Examiner. "I haven't spoken to him in a long time."

Trump also called Pence a "really fine person," though he noted that their relationship has likely come to an end.

RELATED: No, Pence can't start a coup: Despite Trump's bullying, VP has no power to "reject" Joe Biden's win

Pence and Trump's schism came after the January 6 Capitol riot, when Pence was presiding over the certification of Joe Biden's presidential win. At the time, Trump had expected the former vice president to "de-certify" the electoral votes cast by a number of battleground states — a maneuver that federal law and the Constitution does not allow, according to election law experts — in order to reverse the 2020 election in the former president's favor. Pence ultimately refused to go along with the president's plan, ensuring that the House and Senate had no procedural windows to nullify the election.

That move did not sit well with Trump, who immediately castigated Pence for not doing his bidding.

"Mike Pence didn't have the courage to do what should have been done to protect our Country and our Constitution," Trump wrote on Twitter just minutes after hearing the former vice president was evacuating the building as rioters — some of whom were later heard chanting "hang Mike Pence" — breached the Capitol building on January 6.

A week after the riot, a former Pence advisor indicated that Pence's relationship with the former president was over, telling Politico that Pence was "done with Trump's bullshit." The former vice president himself has said that he and Trump may "never see eye to eye" on the insurrection.

Trump has not yet announced his 2024 presidential bid, though current polling indicates that he would come out on top of other Republican contenders, as Politico noted.

Last week, the Wall Street Journal found that Trump and Biden were deadlocked in a presidential rematch, with voters completely split at 45% for both potential candidates.