And this isn’t her first rodeo in political funding 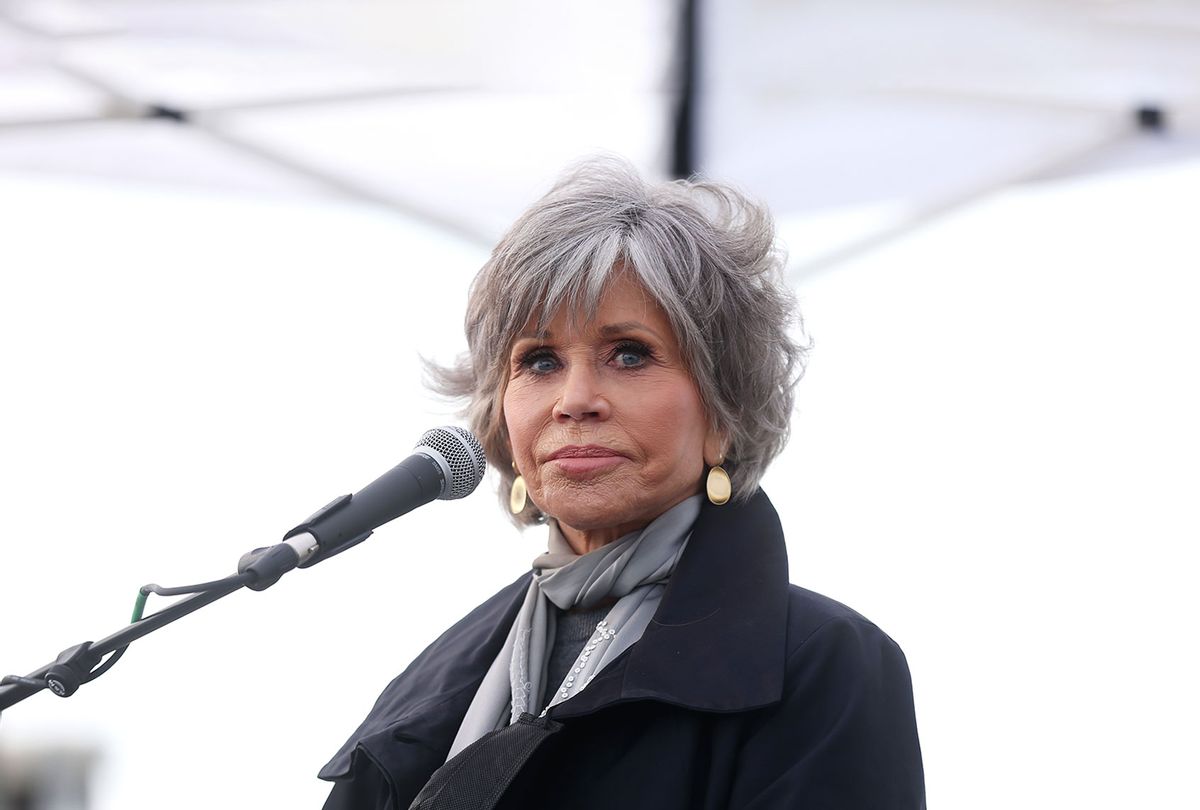 On Wednesday, actress and silver-haired climate icon Jane Fonda announced that she is taking her activism to the next level by forming a new political action committee, or PAC, to defeat politicians tied up with Big Oil.

In a video released alongside the announcement, Fonda lays out the bleak realities of a Congress steered by lobbying money and reminds her audience that there are only a handful of election cycles left in the narrowing window scientists say we have to avoid climate disaster. Accordingly, the Jane Fonda Climate PAC's self-proclaimed goal is to do "whatever it takes to defeat the political allies of the fossil fuel industry, no matter which side of the aisle they're on."

If your main association with Fonda is Grace & Frankie, Vietnam War protests, or gem-toned leotards — well, you have some catching up to do. The 84-year-old has been a vociferous advocate for climate action, hosting weekly "Fire Drill Fridays" events to educate her peers and admirers on issues of climate change and environmental justice. She's also been arrested (five times) for demanding climate action with a crowd of fellow "old ladies" at the Capitol.

But even those familiar with Fonda's climate activism bonafides may be surprised to learn that this is not her first PAC, either. In the 1970s, Fonda and then-husband Tom Hayden — a progressive activist and later California state senator — founded the Campaign for Economic Democracy. The registered PAC was founded to fund a wide variety of progressive causes: the development of solar energy, equitable housing, and the mitigation and cleanup of pollution, among others.

A brief overview of how PACs work: They amass funds from both businesses and individual donors big and small. They then use those funds to pay for campaigns to get elected officials that will represent their values into (or out of) office, or to pass or block ballot initiatives. In the case of the Campaign for Economic Democracy PAC, the money came predominantly from the Jane Fonda Workout empire. In fact, the exercise videotapes that shaped millions of glutes and abs over the 1980s were launched explicitly to fund the organization, Fonda told Oprah in 2016.

All those leg lifts apparently paid off: $17 million in Fonda fitness revenue went straight into the PAC. In 1980, the magazine Reasonpublished an exposé of sorts, revealing the degree to which the Campaign for Economic Democracy was dependent on her workout video business. The article included this (rather degrading) analysis of Fonda's customer base:

These women—upwardly mobile, ambitious young professionals—have much at stake if the beneficiaries of Jane Fonda's Workout gold mine have their way. What if they knew that they are helping to build a political movement that may well put an end to their dreams of upward mobility? What if they knew that they are filling the coffers of the Campaign for Economic Democracy (CED)—which wants to increase government control over their and their husbands' companies, slash executive salaries, nationalize basic industries, and keep out of America less-expensive consumer goods from foreign competitors?

Among the Campaign for Economic Democracy's successes was Proposition 65, a ballot initiative to protect drinking water from carcinogenic contaminants. Fonda eventually stepped down from the committee, and the PAC went on to become Campaign California.

It's unclear what (if any) role Fonda's PAC may play in the lead up to the midterm elections or if, say, Joe Manchin should be fearing for his job. She is certainly well-connected and respected in wealthy, progressive circles, and the committee is actively soliciting donations. But she's up against quite a formidable foe: Leading up to 2020, the oil and gas industry pumped a record $140 billion into the election cycle.

Fonda has stated many times over the years that she believes that climate change is the most important cause of our time. With the launch of this PAC, she appears to be — once again — putting her money where her mouth is.