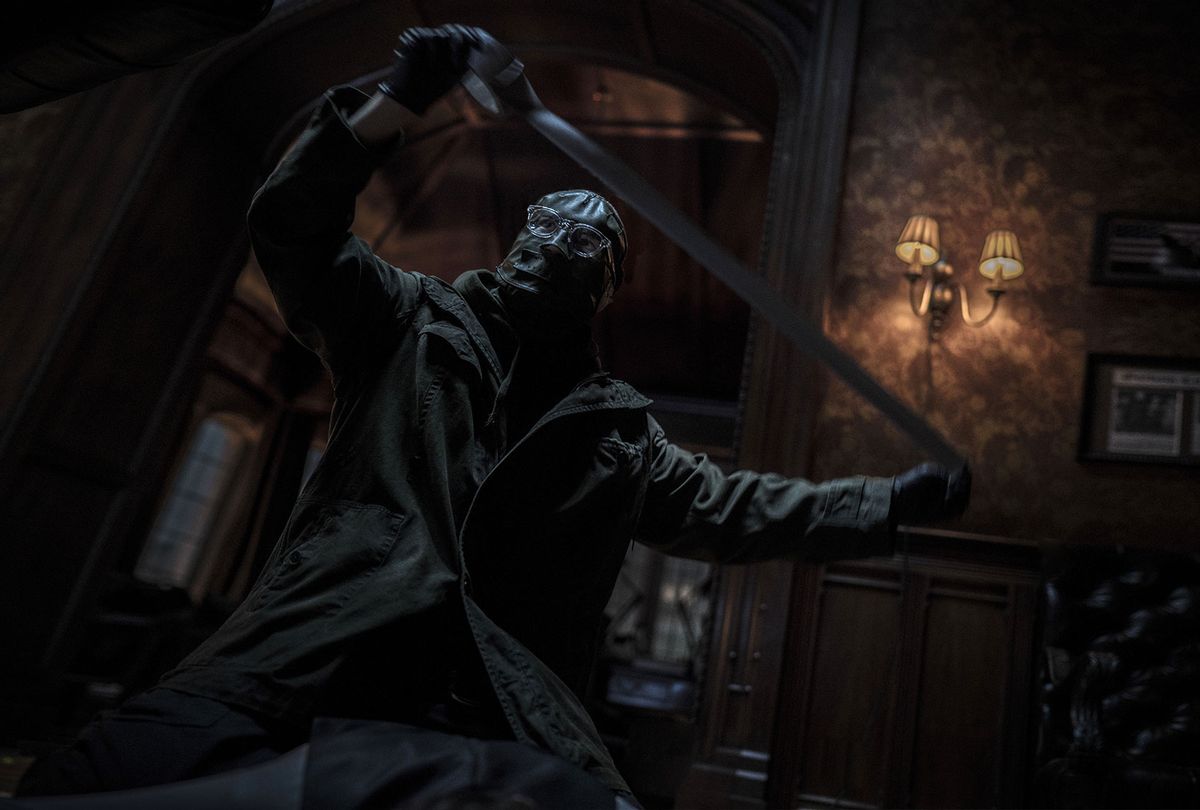 When The Riddler was announced as the main villain in Matt Reeves' "The Batman," there were Bat fans who were skeptical. It's not that the Riddler isn't iconic; he is. But he's usually portrayed as a purveyor of whimsy, a kind of maniacal trickster who plays second fiddle to the more prominent villains of Gotham City.

The first trailer for the film made it look like an emo punk video on MTV2. So the question was: how would Paul Dano's Riddler fit in. Obviously, this Riddler wouldn't be as loud and comic as Jim Carrey's turn in 1995's "Batman Forever." Nor would he don the throwback wardrobe that Cory Michael Smith did to embody a socially awkward Edward Nygma with a split personality on "Gotham." Those two standout performances are the most recent live-action versions of The Riddler. Dano's iteration would need to carve out its own lane lest he be unfavorably compared to what came before.

"The Batman," while it has comedic moments, is a very dark interpretation of Bruce Wayne's story and Gotham as a whole, and the new Riddler follows suit. He's more than a pest leaving riddles for Batman to solve; he's dangerous, a mirror of the real life agents of chaos organizing on the dark web as we speak.

Unlike the Joker in "The Dark Knight," Riddler isn't a man who wants to watch the world burn just to see it go up in flames. He's a product of a broken system; he's suffered and wants to spread that pain around to others. Essentially, the Riddler is the lone wolf the news has repeatedly warned the public about every time there's a shooting or bombing in America.

He's unassuming, a bespectacled white adult male you've passed on the street without looking twice. He's not an incel, though his followers likely are, and he wants to be noticed. Orphaned and forgotten, the Riddler's malice is borne of a believe that he's owed something.

To be fair, the rug was pulled out from under him as a child when the deal Thomas Wayne struck for the city became a funnel for corruption. However, Riddler's not the only person who's gotten screwed over by Gotham authorities. And yet instead of trying to make a positive difference, he decides to go on a riddle-based killing spree.

In "The Batman," the Riddler is clearly a foil to Bruce. While Riddler's vigilante justice involves murder, he initially only targets those involved in Carmine Falcone's takeover of the Gotham Renewal Project. But by the time Bruce comes across the villain's final clue, his scheme has expanded to the entirety of Gotham, which he plans to plunge into chaos.

While Riddler's plan succeeds, Batman ends up being the hero the city needs. Riddler's followers, who he'd formed a community with online, are essentially useless, and he's once again left to his own devices time at Arkham Asylum. Though it's possible he's made a friend in Barry Keoghan's Joker.

How does Paul Dano's Riddler compare to Jim Carrey and Cory Michael Smith's?

Dano's Riddler is right for the times we live in now. Jim Carrey's was cartoonish and scene-stealing in a way that fit the '90s. Batman Forever was a comic book movie that didn't take itself seriously and was meant to be fun.

As for Cory Michael Smith, he got to explore more sides of the character over the course of this seasons-long TV series. "Gotham" gave Edward Nygma a live-action television origin story, one that saw him crossing paths with more than one iconic Batman character.

However, there's a depth to Dano's performance that may outshine all previous iterations of the villain. The Riddler is actually terrifying in "The Batman." We don't get any of Carrey's humor or Smith's fragile humanity disrupted by madness. Dano Riddler is a glass-fogging, vindictive serial killer who finds elaborate ways to murder his victims to create a spectacle. Even when captured, unmasked, and revealed to be mousy, his sinister presence never abates. Sure, he adjusts his glasses with his index finger and looks like Tom from IT, but that's what makes him so unsettling.

In "The Batman," Riddler is the man no one would have expected to have committed a crime. Perhaps someone would crack a joke about how you can't trust the quiet ones, but it wouldn't be said seriously. Instead, on Gotham City News, they'd say he kept to himself, did his job and went home; we didn't expect this.

Arguably, that's the point. Reeves' Batverse begins with a commentary on government corruption and an indictment of the rich, powerful and ineffective. Riddler is the kind of character who will exploit the faults of society to rile up the masses. And he's a loner who finds a sense of community among the dregs of society, bringing the story full circle.

"The Batman's" Riddler is an example of the kind of monster a broken system can create. The duality with which Dano plays him, being a sheep in wolf's clothing with one hell of a bite, elevates the character. The Riddler has always been fun, but Reeves asks us to imagine him as a nightmare, one that could be having a cup of coffee beside you right now.