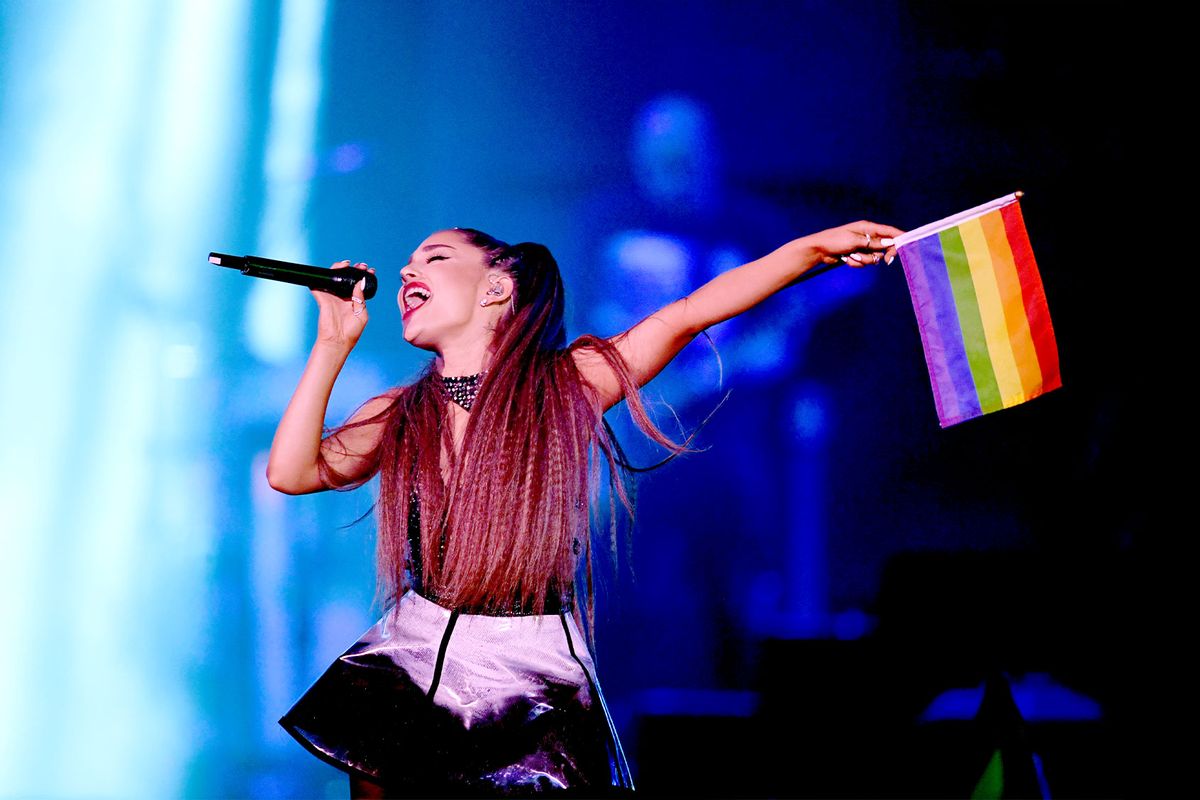 "If the 90's were right and gay means bad, then this is the gayest law I have ever seen!" she said, pointing to the camera with a defiant head shake on an SNL episode earlier this month. "If you can't say it, you might as well sing it — gay, gay, gay!" The audience promptly joined in on a rhythmic chant of "gay" to the tune of Deep Purple's "Smoke on the Water."

McKinnon's comedic response was the beginning of a wave of other celebrity reactions to the Florida law, formerly referred to as the Parental Rights in Education bill. The legislation, which Florida Republican Governor Ron DeSantis signed into law this week, outlaws any reference to sexual orientation in classrooms from kindergarten to third grade. Schools are also obligated to contact parents if a student comes out to a school administrator. School districts must also submit materials for review of "age-appropriate" materials at every grade level. Parents have the option to sue a school district if they believe the policy is violated.

"Queer identity is beautiful & natural. Say it to yourself until you feel safe enough to say it out loud," Lin-Manuel Miranda tweeted in reaction. "Then say it again. And again. Say Gay all day. It needs to be heard and it bears repeating."

Shawn Mendes encouraged civic participation to combat the legislation in early March. "Florida call your senators! #LetFreeFloridaSayGay" he tweeted along with a message from Florida Equality's account.

Some Hollywood voices, on the other hand, have been notably absent from the conversation.

Katy Perry, a former Hillary Clinton surrogate and current "American Idol" judge, has not commented on the bill. In a former interview with Out Magazine, the singer said she "wouldn't have survived" without her LBTQ+ fan community.

And Taylor Swift, who formerly used her 2019 single "You Need to Calm Down" to raise money in support for LGBTQ+ organizations, has not publicly commented on the Florida law.

Miley Cyrus, typically a visible supporter of the LGBTQ+ community, has not mentioned "Don't Say Gay" either. ​​In 2014, Cyrus founded the Happy Hippie Foundation in support of vulnerable homeless and LGBTQ+ youth and previously donated $500,000 in AIDS research.

For his part, Ron DeSantis remains unphased by the Hollywood backlash. "I don't care what Hollywood says. I don't care what big corporations say," he said during a press conference ahead of signing the law. "Here I stand. I am not backing down."

Disney star Raven-Symone led the cast of Raven's Home in a walkout on March 22 over the law. "In [today's] world it is imperative that we take stands, show support, and move forward not backwards," she captioned an Instagram post documenting the walkout. "Every family every person and every child deserves to be recognized no matter their race, gender, or sexual orientation. Education that reflects the truth and the world we live in is something we must fight for."