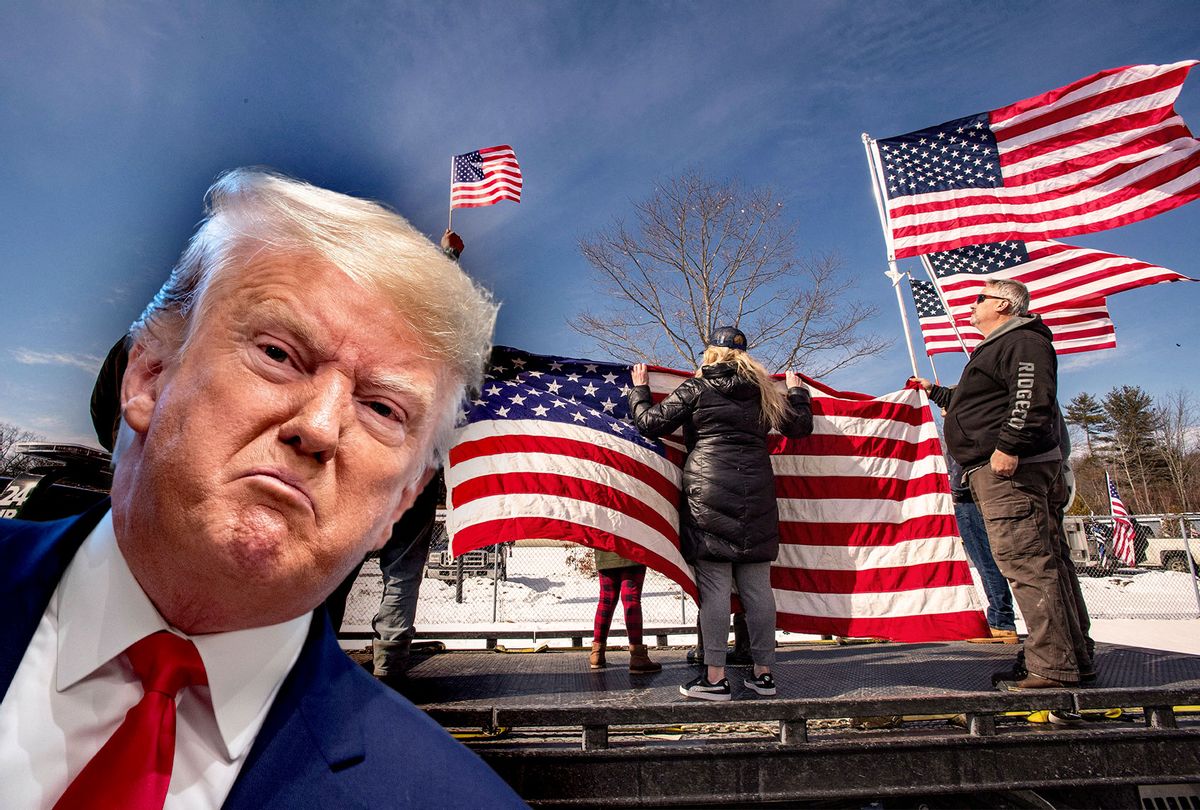 Donald Trump | People wave large flags from the top of a tow truck at the kickoff rally for the northeast convoy to DC at an I95 service area in Kennebunkport, Maine, March 2, 2022. - Rally attendees and speakers protest against vaccine mandates, covid treatments and government emergency orders. They claimed their convoy would enter DC. (Photo illustration by Salon/Getty Images)
--

CNN White House Correspondent John Harwood says Donald Trump, the former president, "is mentally unwell in a way that makes him interested exclusively in what benefits him."

"Russia has helped him financially and politically over the years," Harwood continued, "and he has aligned himself with Vladimir Putin. This is significant not just because he was president, but he's the leader of one of America's two political parties, he might be president again. And this is a moment of moral clarity. When Vladimir Putin is slaughtering thousands of people in Ukraine, for Republicans who do care about the difference between right-wrong, true-false, America's friends, America's enemies, to reflect on whether this is the person they want to attach their party to."

CNN reports that in "a new interview published Tuesday, former President Donald Trump called on Russian President Vladimir Putin to release any damaging information he has about the Biden family, in a brazen request for domestic political assistance from America's top adversary."