Rick Scott describes a GOP Civil War in the Senate, compares himself to Ulysses S. Grant

The Florida senator calls himself an "outsider" among Republicans 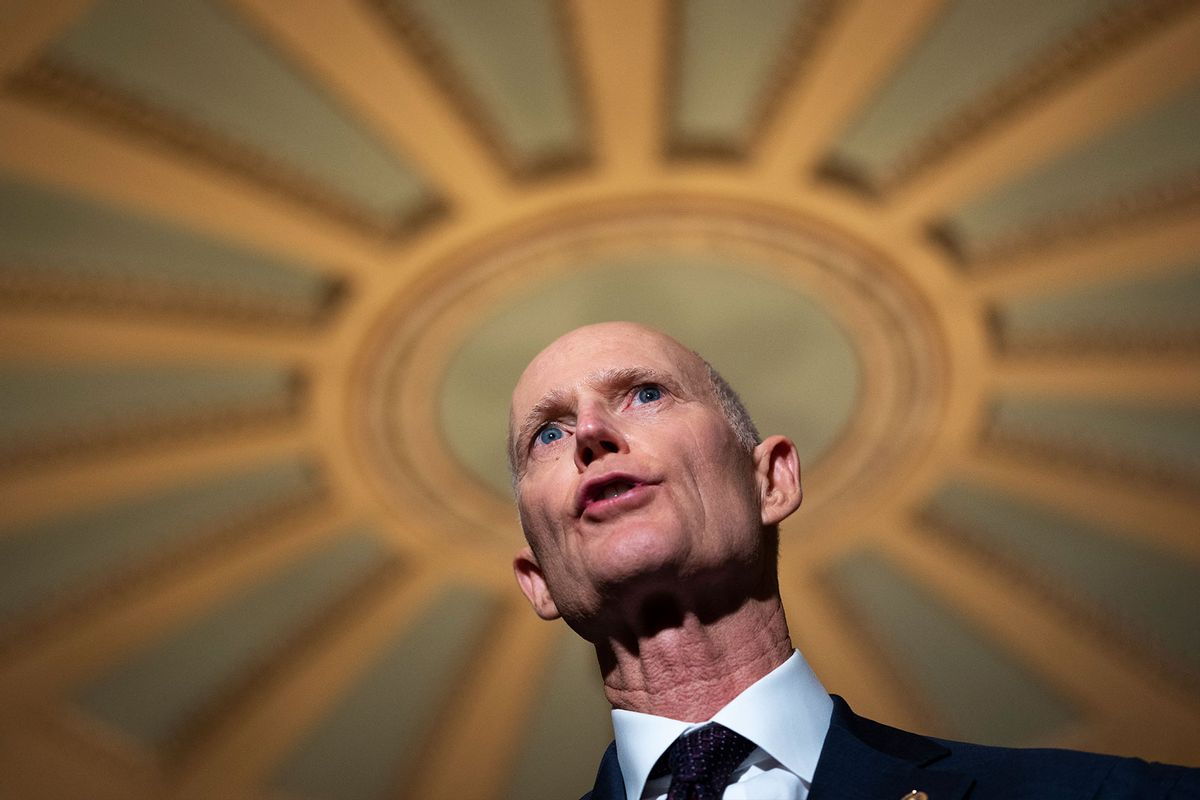 Sen. Rick Scott, R-Fla., on Thursday compared himself to the union general and former President Ulysses S. Grant in defense of his much-reviled "11-point plan to rescue America," calling himself an "outsider" who will do whatever it takes to push his agenda forward.

"I think of myself more like Grant taking Vicksburg, and I think as a result of that, I'm always going to be perceived as an outsider," Scott told the Associated Press. "I'm going to keep doing what I believe in whether everybody agrees with me or not."

Despite receiving considerable pushback from his GOP colleagues, Scott has continued to advocate for a right-wing agenda that clarifies what Republicans stand for. His plan includes provisions like completing Trump's now-abandoned border wall; limiting federal workers to twelve years of service; providing foreign aid to "countries that are willing to defend themselves, like Israel"; requiring that all children to say the Pledge of Allegiance and stand for the National Anthem; and ending the practice of racial and ethic disclosures on government forms.

"Hopefully, by doing this, we'll have more of a conversation about what Republicans are going to get done. Because when we get the majority, I want to get something done," Scott said in a February interview with Politico. "There's things that people would rather not talk about. I'm willing to say exactly what I'm going to do. I think it's fair to the voter."

Senate Minority Leader Mitch McConnell, R-Ky., by contrast, has insisted that the GOP refrain from spelling out a concrete agenda ahead of this year's midterms, instead opting to pick apart any action items the Democrats have and will put forward. McConnell made this clear during a private function with Republican donors and lawmakers back in December, according to Axios.

Most notably, the Senate minority leader has criticized the sweeping tax hikes laid out in Scott's plan, claiming that they would impact a large swath of the GOP's voting block. "We will not have as part of our agenda a bill that raises taxes on half the American people and sunsets social security and Medicare within five years," McConnell has explained.

According to the non-partisan Institution on Taxation and Economic Policy (Itep) Scott's plan "would increase taxes by more than $1,000 on average for the poorest 40% of Americans."

Still, Scott has seen praise from a small contingent of Beltway Republicans who stand in support of a more forthright messaging strategy.

Sen. Mike Braun, R-Ind., who recently suggested the Supreme Court was wrong to legalize same-sex marriage, defended Scott's platform in an interview with the Associated Press, arguing that Republican voters need to know what they're voting for – not just against.

Republicans should "stake a little ground out that gives independents who elect swing-state senators and the president something other than the party of 'No,'" Braun said.

Kevin Roberts, president of the Heritage Foundation, also gave Scott plaudits, saying that the GOP's current debate about taxes is "not an honest conversation."

"It's about the establishment self-appointed ruling elites – I mean that generally – inside and outside the Capitol telling a great member of the Senate who's working on behalf of his constituents that he just needs to stop talking about this because it's not the plan they've decided," Roberts told the Associated Press.