Everything you need to make Georgian cheesy bread

Get the recipe for khachapuri, a traditional appetizer of egg and cheese bread 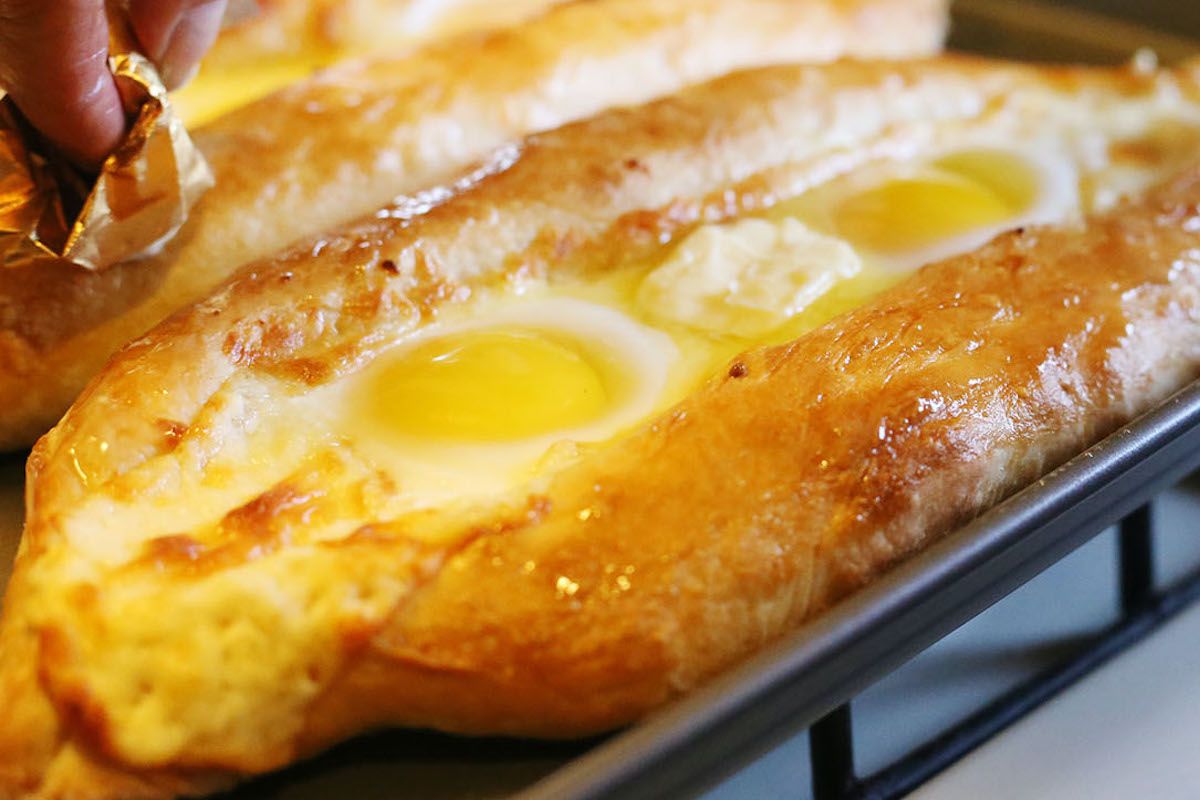 Elmira Avetian’s khachapuri. (Courtesy of the Institute of Culinary Education)
--

Georgian food may not have had its moment in the sun yet, but the country's signature bread is starting to make its rounds on social media, shining a spotlight on the former Soviet Socialist Republic's cuisine and culture.

Perhaps it's that money shot of the bright orange, runny yolks blended into a pool of cheese, that has promoted one of the most addictive and unique bread variations in recent [social media] memory. But there's more to the story of khachapuri than what you see in those crave-inducing photos.

Khachapuri is a combination of two Georgian words: khacho, meaning cheese curds, and puri, meaning bread. Each region in Georgia has its own iteration of khachapuri, and the Adjaruli version is gaining popularity in American food cities like Los Angeles where there is a large population from Georgia's neighboring country, Armenia. The Adjaruli hails from the Black Sea region of Adjara and is boat-shaped given the maritime culture. The bread is served as a precursor to any meal with the exception of dinner.

Elmira Avetian, an instructor with The League of Kitchens — a collective of immigrant cooks in New York and Los Angeles — was born in Georgia's capital city of Tbilisi and lived in Armenia before moving to Los Angeles. Elmira visited the Los Angeles campus of the Institute of Culinary Education (ICE) and shared khachapuri with students, saying the cheesy bread is the centerpiece at Georgian gatherings as it is customarily served to welcome friends and family into one's home. 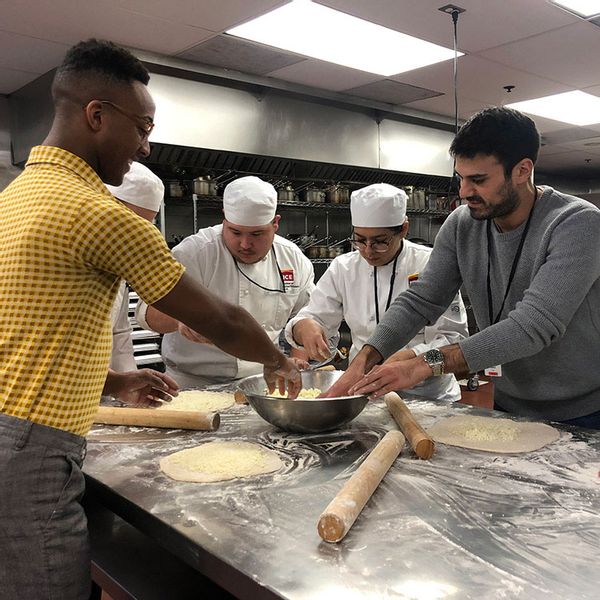 After baking the raw cheese enveloped in the dough in a steam-filled oven, it's a real crowd-pleaser with its tableside theatrics of eggs cracked on top of the cheese. Then the bread is returned to the oven for a few minutes to set while still runny. Next, cold butter is added and stirred very quickly with a fork to create an ocean of ooey gooey cheese mixture. The boat-shaped bread is cut into small pieces around the perimeter to pull and dip — khachapuri is best eaten with your hands.

Make this Georgian staple at home to wow whomever you're breaking bread with.

To form and bake:

Sulguni is a mild, semi-firm Georgian cheese that is similar to mozzarella with a bit saltier and more sour flavor. It is sold in round discs and is not only a key ingredient in khachapuri, but also commonly eaten as table cheese during a Georgian meal. Sulguni is available online and in Eastern European grocery stores. Whole-milk mozzarella may be substituted, however, avoid using fresh mozzarella packed in water as it makes the dough soggy.