How to tell if your eggs are *still* edible 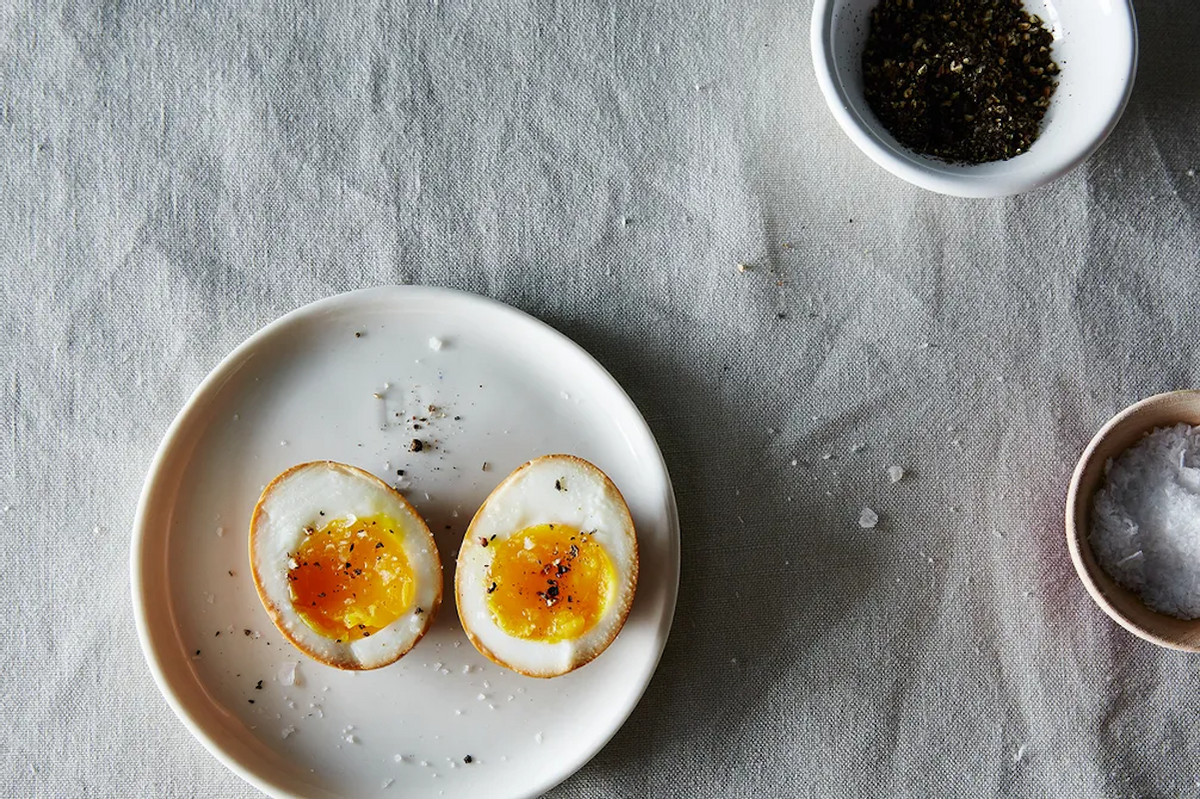 You get home from work late, don't have dinner planned, and the fridge is bleak: two apples, hunk of cheddar, half a bottle of white wine, and a carton of eggs that you forgot were on the bottom shelf.

A cheesy omelet sounds nice, but are those eggs still good? How do you know if eggs are safe to eat, especially if you can't remember when you bought them or read the "best by" date clearly on the carton? Worry not. Today, we'll show you how to tell if eggs are good, plus how to properly store them, and more.

How long do eggs last?

First things first: The fresher the egg, the better it will taste. Flavor is best within the first week. That said, according to the FDA, whole eggs in the shell can be refrigerated (40°F or below) for up to three weeks after purchase. Ideally, choose organic, heritage, or free-range eggs from chickens and hens raised in a happy environment; producers like Happy Egg Co. pride themselves on their top-of-the-line free-range farming standards, which results in a brighter, creamier yolk and all-around better egg flavor.

But, according to "How to Cook Everything," eggs can be refrigerated "for as long as four to five weeks beyond the pack date" on the carton (check before you buy and try to snag a carton with the most recent date). If you're nearing the end of that range, try to use the eggs for baked goods instead of scrambled, fried, poached, et cetera, where you would have noticed the dulled flavor more. Plus by cooking or baking the egg thoroughly, you'll cook away any possible bad bacteria that may have started to develop in this time.

Glad you asked. It's not the same as other dates you might see on egg cartons, such as sell by or best by. The pack date, also known as the Julian date, is a three-digit number — ranging between 001 (January 1) and 365 (December 31) — that corresponds with a day of the year. Here's a handy chart for reference. It refers to the specific day that the eggs were packed in the carton, without avoiding confusion about when the eggs should be consumed.

Do eggs go bad if not refrigerated?

Depends on where you are in the world. For example: In the U.S., yes. In the U.K., no. Why? Not because of the refrigerators, but because the eggs are processed differently. It all comes down to the cuticle, a thin coating on eggs after they're laid.

In the U.S., commercial eggs are washed with warm water and detergent to remove the cuticle and any potential contamination on the shell (the biggest concern is salmonella). In the U.K., hens are vaccinated to prevent salmonella transmission, and the cuticle is left on as a natural barrier. But with that all said, there's an argument for refrigerating eggs wherever you are. According to "The New Food Lover's Companion," room-temperature eggs "lose more quality in one day than a week in the refrigerator." In our eyes, better to be safe than sorry.

How should I store eggs?

If you're in the United States, you should store eggs in the refrigerator. Your refrigerator door probably has a cute little shelf, which holds an egg carton perfectly — but don't use it.

Here's why: 1) The door is warmer than the rest of the fridge (and the warmer the environment, the quicker the egg's quality goes downhill). 2) The door moves every time you open it and the more an egg moves, the thinner its white gets. Plus, it will constantly be exposed to warm air when you open the door every 20 minutes to look for a snack.

What's more, eggs are super susceptible to absorbing odors from other foods, which is why you should either keep them in the container they came in, or transfer them to an airtight one; avoid open-format containers where they would be exposed to the air circulating in the fridge. Whether you keep them in their original container or otherwise, keep them on the bottom shelf toward the back of the fridge. That way, they'll be in the coldest section of the fridge while also away from other foods. If you break an egg, it will create less of a mess over multiple shelves if it's on the very bottom rack.

How can I tell if eggs are good or bad?

After you crack open an egg, there are several signs of freshness:

If you don't want to crack open the egg, you can always try the famous float test. Which brings us to our next question . . .

Is the egg float test a myth?

Nope! It's an easy, reliable method that's been around for hundreds of years (English cookbook author Hannah Glasse wrote about it in 1750!). Here's the gist: If the egg sinks, it's good, and if the egg floats, it's bad. But why?

"The egg as a whole loses moisture through its porous shell, so the contents of the egg shrink, and the air cell at the wide end expands," writes Harold McGee in "On Food and Cooking." "As an egg ages and its air cell expands, it gets progressively less dense." Which means if an egg is able to float in water, it's old as heck, and you should toss it in the trash (or recycle those shells!).

Actually, it's fine (creepy but fine). A blood spot on an egg yolk isn't a sign of spoilage, and it isn't unsafe to eat — it's just a burst vein. The older an egg gets, the less noticeable the spot will be, so if it's very noticeable, that's another way to rest assured that the egg is fresh. Of course, if the blood spot grosses you out, you can try to remove it with a paring knife or chopstick. Just keep in mind that the yolk might break. Not a problem if you're making scrambled eggs, but you might want to pass on this method if you're making fried eggs or poached eggs.

How can I tell if a hard-boiled egg is bad?

Hard-boiling a bunch of eggs and storing them in the fridge is an A+ way to get ahead on meal prep (go you!). But like raw eggs, they won't stay good forever. After hard-boiling, eggs will keep in the fridge for up to one week. Store in an airtight container, so they don't absorb other odors. The same goes for soft-boiled or medium-boiled eggs too, but know that these are more delicate and more susceptible to foodborne bacteria growth, so remember to keep them tucked away in the back of the refrigerator (just don't forget about them!).