Why some women are traveling to South Korea to find boyfriends

Drawn to K-drama leading men, international women in their 20s are looking to recreate the love they see onscreen 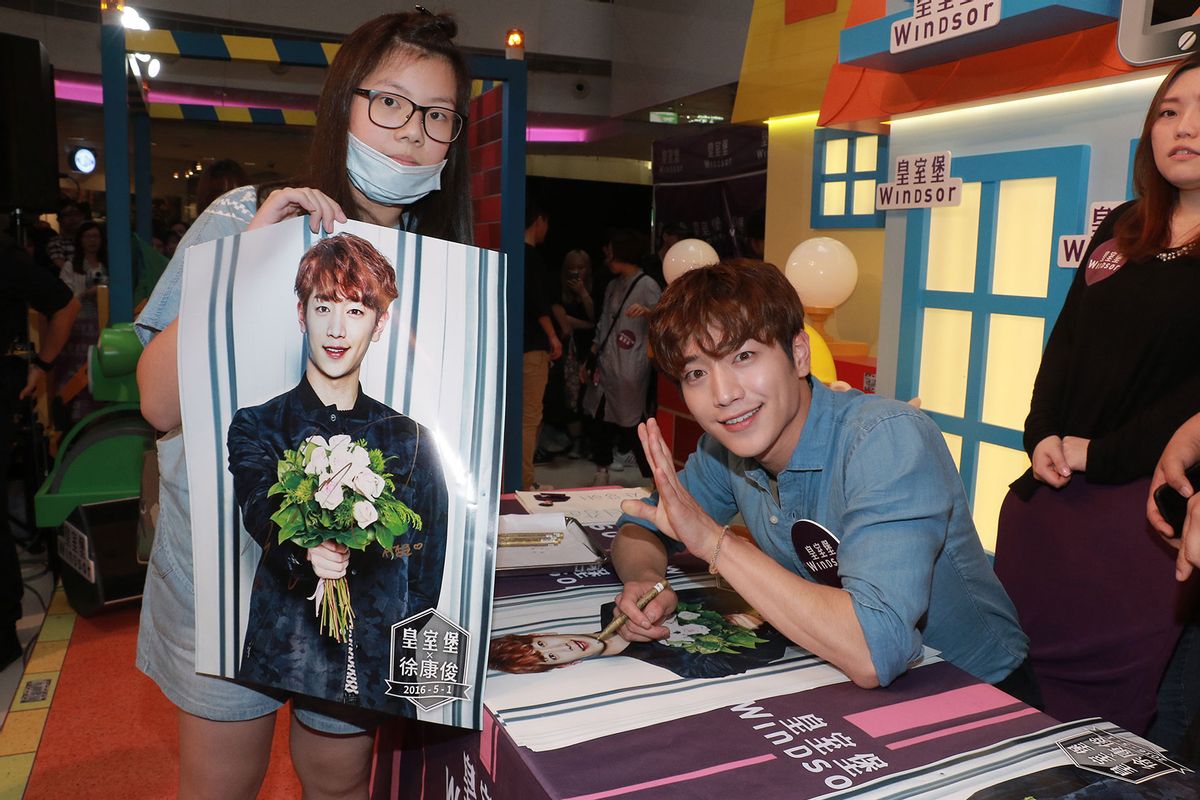 The term refers to the disparate genres of television dramas produced in South Korea, including mystery, crime and rom-com. Regardless of genre, most K-dramas seek to elicit a visceral response in viewers – laughter, tears, anger, indignation. The series usually feature charming, well-groomed actors who are in touch with their emotions.

When I was in elementary school in the U.S., I regularly went with my parents to a Korean grocery store an hour away from my home to borrow VHS tapes of K-dramas. Eventually, streaming services ended the need for VHS rentals, and I could watch my favorite K-dramas, such as "The Innocent Man," on platforms such as Rakuten Viki and Dramafever.

I turned my passion for South Korean television into a career by earning a doctorate in gender studies at University of California, Los Angeles, where I researched the racial, gender and sexual politics surrounding the global popularity of K-dramas.

For my dissertation, I interviewed women from different parts of the world who were inspired by K-dramas to travel to South Korea to experience the culture firsthand. To meet them, I stayed at guesthouses around Seoul near K-drama filming locations and popular tourist destinations.

The rise of the K-drama

Some of the first K-dramas to attract a following outside of South Korea were "Jewel in the Palace," "Guardian: Lonely and Great God" and "My Love from the Star," which aired at the start of the 21st century. People around the world watched them on legal streaming websites offering subtitles, as well as on illegal, fan-operated streaming sites where volunteers wrote subtitles.

In recent years, K-dramas have gone mainstream. Today, streaming platforms such as Netflix and Disney+ not only offer up a bevy of K-dramas for their subscribers, they've also produced K-dramas of their own, such as "Squid Game" and "The King's Affection."

The worldwide popularity of K-dramas occurred alongside the popularity of other South Korean cultural products, including K-pop, cosmetics and food. This phenomenon is known as "Hallyu," or the "Korean Wave."

"Hallyu tourism" – with a twist

Galvanized by their interest in South Korean popular culture, more and more tourists are traveling to the country.

South Korean locals call these visitors "Hallyu tourists." Many of them dine at restaurants and street food vendors so they can try out the food that they see in K-dramas, visit K-drama filming locales or attend a live K-pop performance.

However, a significant subset – the group I came to be most interested in – travel to South Korea for love. Drawn to the characters they see on their TVs, they start to wonder if real-life South Korean men resemble the K-drama male characters, both in their looks and behaviors.

They come from all around the world – North America, Western Europe, Russia – but tend to have a similar profile: heterosexual women in their early to mid-20s.

In 2017 and 2018, I stayed in the guesthouses and hostels that Hallyu tourists frequented when they visited South Korea. The tourists who were interested in Korean men soon stood out. Unlike the other tourists who would wake up early so they could explore the city, these tourists would sleep in or watch K-dramas during the day, and then dress up and put on makeup before hitting the clubs and bars at night. They had one primary goal: to meet a Korean man.

To some of these tourists, the opportunity to date these men was a way to fulfill a fantasy. One German tourist told me that when she meets a Korean man, she feels as if she's "living in [her] own Korean television drama."

Our chats often took place over a meal. Occasionally, I would interview them as we walked to and from clubs and bars – or even in the clubs and bars as the women attempted to meet guys. Some of these women were fluent in Korean, while others were able to communicate by mixing Korean and English. Many of them claimed to have learned Korean by consuming hours of Korean popular culture.

In pursuit of 'soft' masculinity

"Romantic," "gentle," "handsome," "knights in shining armor" are just some of the terms that the tourists used to describe their idealized Korean man. It was a stark contrast to the men back in their home countries, whom they tended to describe as emotionally stunted and hypermasculine.

"I feel so safe around Korean men," one Swedish woman told me. "Men back home are so [sexually] aggressive. They grope me and try to have sex all the time. I do not like that."

A certain type of man does tend to appear in romantic K-dramas. They're usually depicted as well-groomed, romantic and gentle – a type of masculinity that's sometimes called "soft" masculinity. As Korean studies scholar Joanna Elfving-Hwang explains:

. . . men in popular dramas and romantic comedies are portrayed as attentive, sensitive and ready to express their feelings if needs be. They are well-groomed and fashionably dressed, accessorised with the latest man-bag, and excessively concerned with their looks.

Some of the tourists did, in fact, find their ideal partners, marrying and settling in South Korea. Their photos and stories circulated among some of the other tourists, giving them hope that they, too, might find and marry a Korean man.

However, these success stories were the exception, not the norm.

Most of the tourists I interviewed and stayed in touch with left the country somewhat disappointed. Some did manage to have a short fling with a man; but in most cases, these relationships – exceedingly difficult to maintain at a long distance – fizzled out.

A Spanish woman I interviewed broke up with her Korean boyfriend shortly after returning to Spain. "You have given me nothing but pain," she wrote in an Instagram post.

Other tourists left South Korea utterly dejected: The men they met weren't anything like the K-drama actors they'd seen on TV.

Interestingly, regardless of whether they left the country only partially satisfied or demoralized, many of the women I interviewed were steadfast about their desire to one day fall in love with a Korean man. They believed that they were simply unlucky this time around – that there still existed the possibility of meeting the perfect man during a future visit to South Korea.

The power of media to move

In 2020, after South Korean film director Bong Joon Ho won a Golden Globe for his film "Parasite," he said, "Once you overcome the 1-inch-tall barrier of subtitles, you will be introduced to so many more amazing films."

To me, these K-drama fans-turned-tourists – and their longing for Korean men – signify the power of media from other cultures to move viewers only emotionally, but also physically. Scholars have documented how some Japanese people take trips to the United Kingdom after watching British period dramas; other researchers have studied how anime has spurred American tourism to Japan.

With entertainment from other cultures increasingly accessible through streaming platforms, I expect this kind of media-inspired tourism to become still more common. Films and TV series set in other countries can pique a viewer's curiosity about distant cultures, new sounds and exotic foods.

But as my research shows, they can also fuel fantasies about love and romance that don't always have a happy ending.