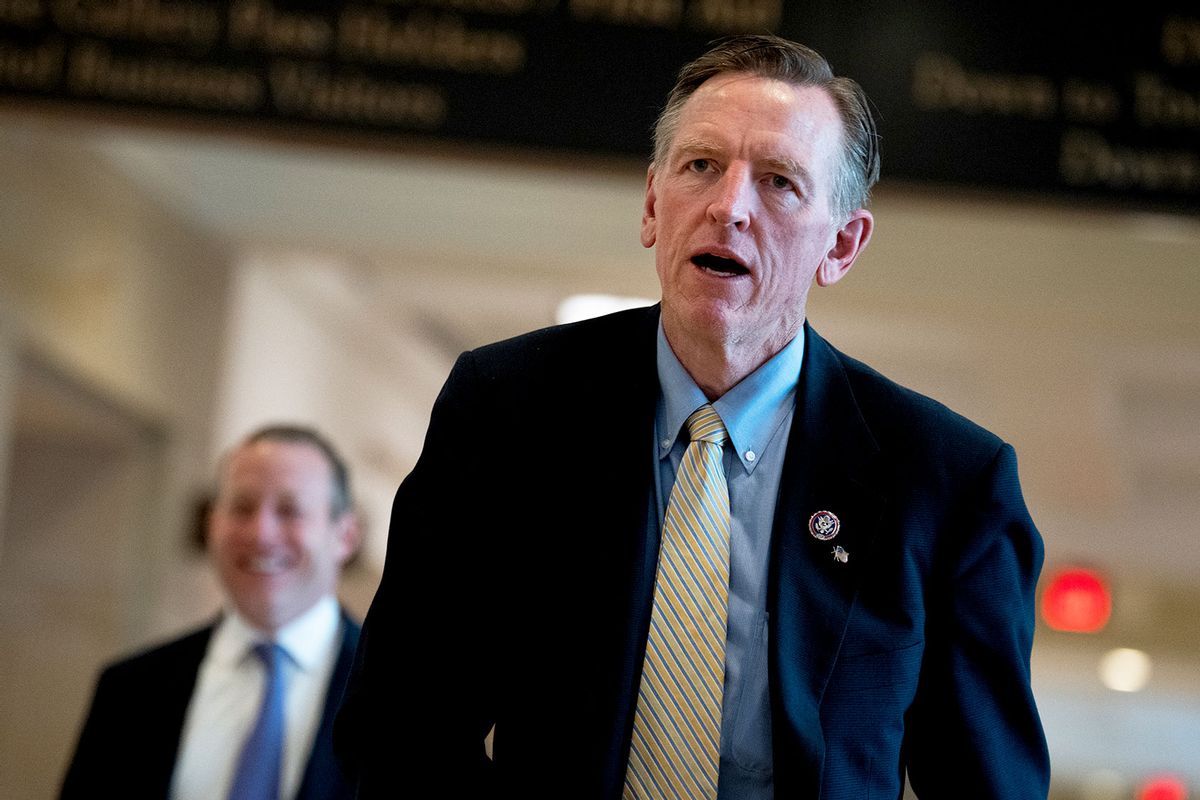 After weeks of avoiding the subject, Rep. Paul Gosar, R-Ariz., is now blaming his own staff over his appearance at a white nationalist conference, claiming that "there was a miscommunication."

"It wasn't supposed to go to Nick's group," Gosar claimed, alleging that his staff sent a pre-recorded "welcome video" to AFPAC.

"We're kind of short-handed," the conservative said. "And there was miscommunication."

Gosar added that he's "given up … on dealing with Nick. Nick's got a problem with his mouth."

It remains unclear why Gosar apparently waited five weeks to address the matter.

Gosar's remarks are also dubious considering his attendance at AFPAC last year, which led to him missing a House vote on a $1.9 trillion coronavirus relief package.

"There is a group of young people that are becoming part of the election process and becoming a bigger force," Gosar said to a crowd of white nationalist youths at the time. "So why not take that energy and listen to what they've got to say?"

After that year's event, Fuentes posted a photo of the two men sharing drinks.

RELATED: Who is Nick Fuentes? A young white nationalist who hopes to pull the GOP all the way to Hitler

"For me it was appalling and wrong. And there's no place in our party for any of this," McCarthy said at the time. "The party should not be associated any time any place with somebody who is anti-Semitic.