David Axelrod was a big booster of Obamacare, which has done little to prevent Big Pharma from price-gouging 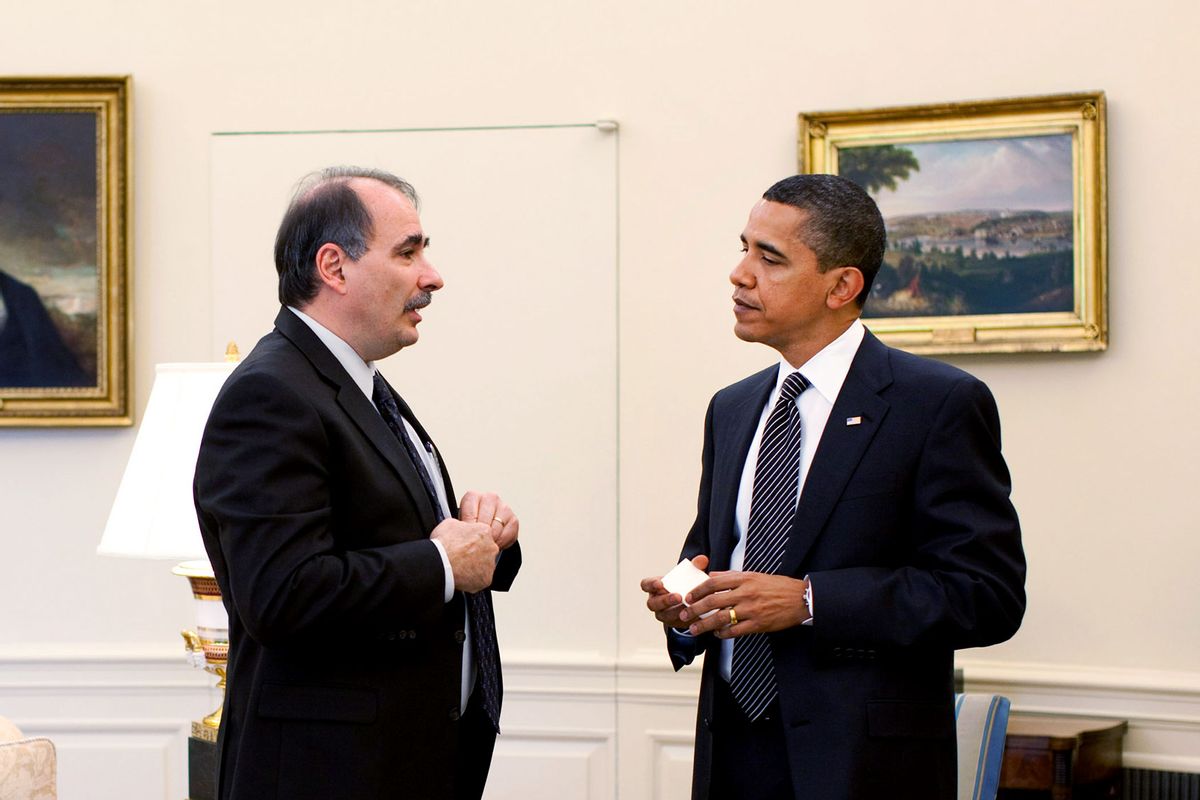 In this handout from the The White House, U.S. President Barack Obama talks with Senior Advisor David Axelrod during a staff meeting in the Oval Office May 12, 2009 in Washington, DC. (Pete Souza/The White House via Getty Images)
--

Former President Obama's top ex-advisor expressed outrage over the cost of his prescription drugs this past weekend, even while his former boss plans to tout the Affordable Care Act during a White House visit Tuesday.

"I've been taking an RX for a chronic condition for years. This week, I learned my insurance no longer covers it. Now the cost is $639-a-month!  How many people can afford that?" David Axelrod, Obama's former senior advisor, tweeted on Saturday. "'Your money or your life' is a hell of choice that people shouldn't have to face."

That comment did not sit well with Axelrod's critics, a number of whom were quick to point out that the ex-official campaigned against Medicare for All, a still-hypothetical progressive plan that would establish a single-payer healthcare system in the U.S.

"Remember when you gave paid speeches to a health insurance trade group opposed to Medicare for All?" responded journalist Ken Klippenstein, linking to a report detailing the speech.

RELATED: How we can bypass Mitch McConnell and the Republican-controlled Senate to get Medicare-for-All now

"Wow if only something could have been done about this like, I don't know, 13 years ago,"  journalist Eoin Higgins echoed. "Can you imagine having a federal trifecta and near limitless political capital and failing to push through real healthcare's reform? Wow!"

Nina Turner, a former Ohio state senator, also joined in, encouraging Axelrod to "care about these issues before they impact you personally."

As an Obama advisor, Axelrod was an ardent backer of Obamacare, a landmark piece of legislation that in 2010 expanded public healthcare coverage through a number of provisions like minimum essential coverage, coverage for preexisting conditions, Medicaid expansion, and increased tax credits and subsidies.

Back in 2017, Axelrod revealed that he wept after the program's passage, calling it a "prodigious political accomplishment" amid a Republican-led plan to scrap its provisions. Since then, Obamacare has largely withstood Republican efforts to dismantle it.

But despite all of its achievements, the program to this day remains vastly insufficient for American consumers. Roughly 28 million Americans are uninsured, meaning that they have to pay all medical costs out of pocket. Meanwhile, American medical debt stands at about $195 billion, according to the Kaiser Family Foundation. The unfettered growth of Big Pharma has also made American drug consumers extremely vulnerable to monopolistic price-gouging, a practice that Democratic lawmakers have condemned and yet failed to regulate ever since the passage of the Affordable Care Act.

RELATED: ​​Why are drug prices rising so much? Pharma exec admits "no other rationale" but profit-making

Still, the former president Obama appears to be insistent about the positive impact of legacy.

On Tuesday, CNN reported that the former president is scheduled for his first White House visit since President Biden's inauguration to celebrate the 12-year anniversary of his eponymous healthcare bill's passage.

Obama "will deliver remarks celebrating the success of the Affordable Care Act and Medicaid in extending affordable health insurance to millions of Americans as a part of the President's agenda to cut costs for American families," said a White House spokesperson.

"[Biden] will take additional action to further strengthen the ACA and save families hundreds of dollars a month on their health care," they added.