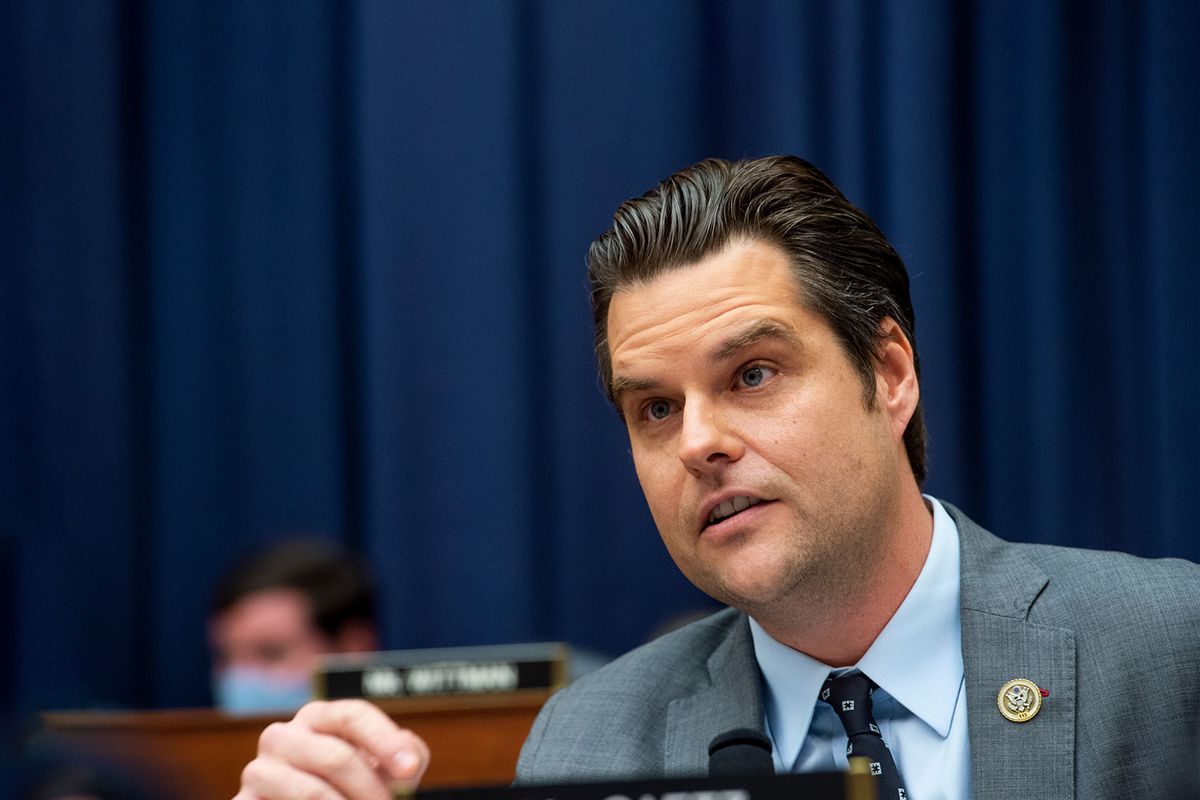 U.S. Defense Secretary Lloyd Austin and Rep. Matt Gaetz., R-Fla., got into a heated argument over the agency's intelligence capabilities on Tuesday, with Gaetz accusing Austin of prioritizing "wokeism" over defense.

The acrimonious exchange played out during a House Armed Services Committee hearing on the Pentagon's proposed $773 budget for 2023, an amount that Gaetz adamantly opposed over what he felt was poor leadership displayed by Austin.

In his questioning, Gaetz referred to recent intelligence predictions around military conflicts in Afghanistan and Ukraine, noting that the Pentagon overestimated Kabul's ability to remain in control during America's withdrawal and overestimated Russia's ability to carry out a quick takeover of Ukraine.

"So, I guess I'm wondering, what in the $773 billion that you're requesting today is going to help you make assessments that are accurate in the face of so many blown calls?" Gaetz asked Austin.

"Has it not occurred to you that Russia has not overrun Ukraine because of what we've done and our allies have done?" the defense secretary shot back.

Gaetz also alleged that America was "behind" other countries when it comes to hypersonic missile development.

"What do you mean we're behind in hypersonics?" Austin responded. "How do you make that assessment?"

But the Florida congressman failed to provide any explanation, continuing on with his rant: "While everyone else is in the world seems to be developing capabilities and being more strategic, we got time to embrace critical race theory at West Point, embrace socialism at the National Defense University, to do mandatory pronoun training."

"I'm sorry you are embarrassed by your country," the retired general quipped after Gaetz capped off his rant.

But that apology appeared to rile up the conservative firebrand even more.

"That is so, that is so disgraceful that you would sit here and conflate your failures with the failures of the uniformed service members," Gaetz raged. "You guys said that, that Russia would overrun Ukraine in 36 days, you said that the Taliban would be kept at bay for months".

"You totally blew those calls and maybe we would be better at them if the National Defense University actually worked a little more on strategy and a little less on woke-ism," the lawmaker added.

It isn't the first time Gaetz and Austin have sparred. Last June, Gaetz accused the defense secretary of allowing the Pentagon to teach critical race theory.