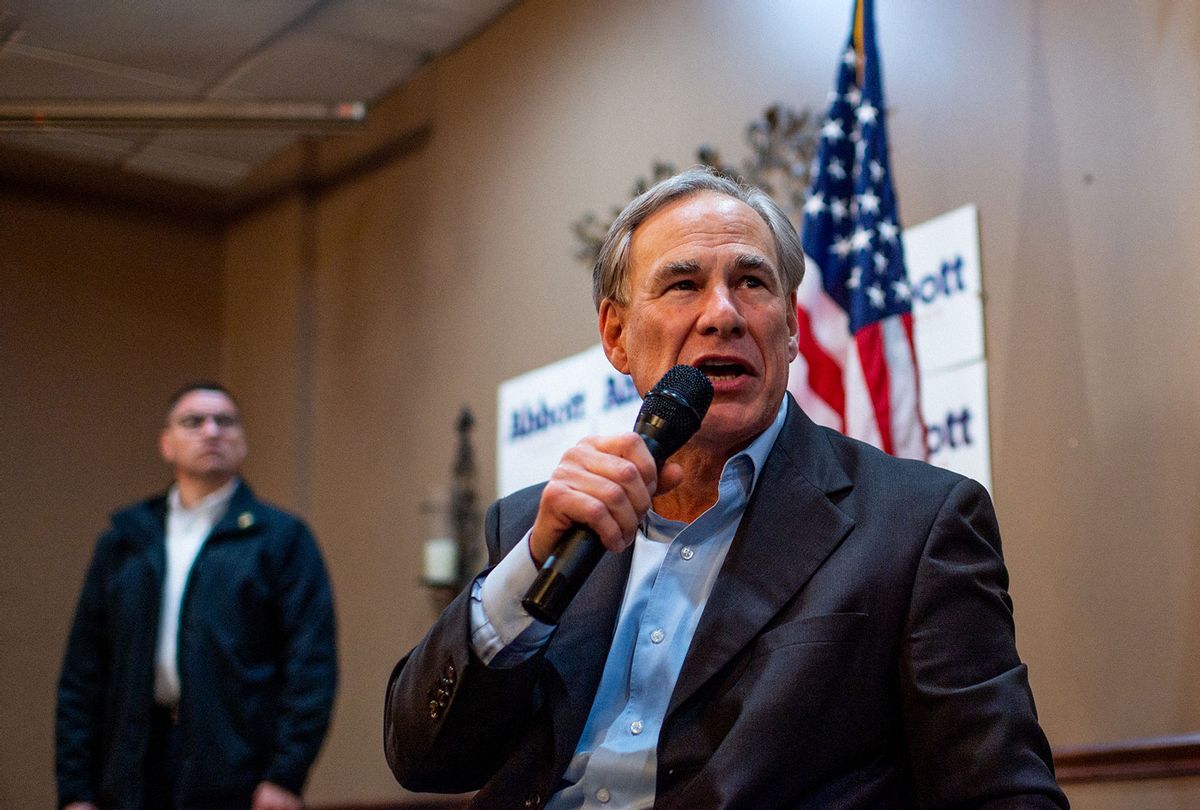 Texas Gov. Greg Abbott speaks during the 'Get Out The Vote' campaign event on February 23, 2022 in Houston, Texas. Gov. Greg Abbott joined staff at Fratelli's Ristorante to campaign for reelection and encourage supporters ahead of this year's early voting. (Brandon Bell/Getty Images)
--

Texas Gov. Greg Abbott on Wednesday announced plans to send buses filled with undocumented immigrants to the U.S. Capitol in protest of the White House's recent decision to lift a Trump-era health policy that restricted the flow of migrants entering from the border.

"We are sending them to the United States capital, where the Biden administration will be able to more immediately address the needs of the people that they are allowing to come across our border," he added.

According to CNN, Texas has already assembled a large convoy of up to 900 buses for the operation. Abbott has also noted that all rides will be voluntary, allowing the transfer of immigrants who have been fully processed by the Department of Homeland.

The governor's plan came in direct response to the White House's recent rescission of Title 42, a federal health order that has over the past two years allowed border patrol to expel more than 1.7 million migrants over apparent COVID-19 concerns. Throughout its implementation, the policy was widely criticized by doctors and Democratic lawmakers for being both pseudoscientific and racist.

RELATED: Why is the Biden administration still keeping migrant kids locked up? The saga of Title 42

Immediately after Abbott's plan was announced, several Republican lawmakers expressed a desire to take it up a notch.

"Maybe, if you put some busloads of illegal immigrants right in her backyard," Crenshaw said, "she can finally start paying attention to this crisis at our border."

Critics of Abbott's plan have called it a political stunt designed to rile up the Republican base at the expense of immigrant welfare.

"You can always count on Abbott to choose stunts over solutions," tweeted Texas gubernatorial candidate Beto O'Rourke, a Democrat.

Meanwhile, at the border, Abbott has deployed thousands of National Guard troops to support border patrol – an effort that troops have decried as a logistical and financial disaster.