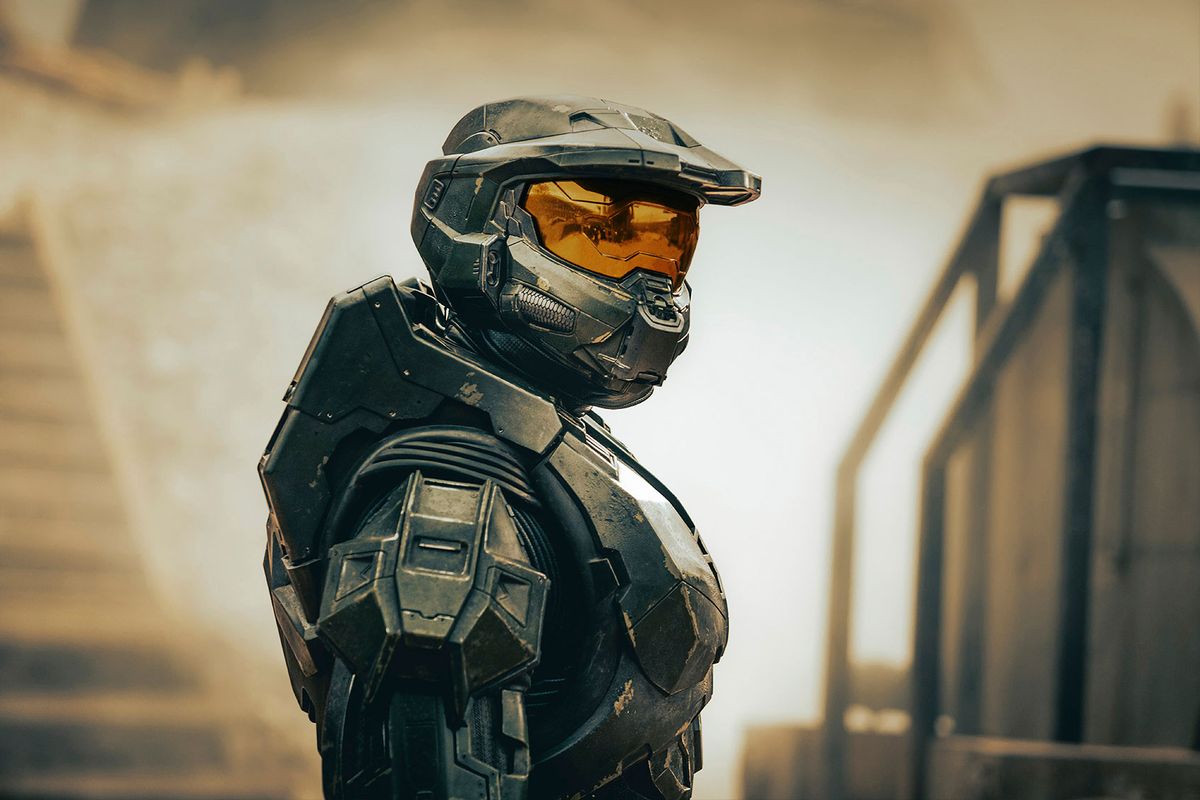 Episode 3 of "Halo" premieres later this week on Paramount+, and all signs point to the show being one of the biggest hits for the streaming platform to date. Based on the long-running series of bestselling video games, "Halo" tells the story of an intergalactic struggle between humanity and a hostile alien collective known as the Covenant. At its center is the Master Chief, an armored super soldier who stands in for the player in the games, but is receiving a lot more development on the show. Ably played by Pablo Schrieber, the story focuses on peeling back the layers of Master Chief's humanity.

"Halo" has broken with the games in a way major way by having the Chief remove his signature helmet. Paramount+ let fans know ahead of time this was going to happen, which meant that even before the show aired, there were plenty of people griping about how the Chief removing his helmet meant the show was going to be bad.

Taking to Instagram earlier this week, Schrieber addressed the backlash from "fans" who hadn't even seen the show yet, and also thanked all those who have been supporting it.

"Huge thanks to everyone who has supported our show," the actor wrote in his post. "To all the fans who have been waiting for this moment for so long and to the newcomers who have responded with such overwhelming support and love, I am honored and humbled to be in service to this amazing universe and lore . . ."

For all the "fans" rooting against the home team, who hated the show before they saw it and disagree with what we are doing, I respect your opinion and I love you too. Because the truth is, we love the same thing. And I will keep working my ass off each and every day to make this show the best version of itself, to bring attention and respect to this ["Halo"] universe we love.

While calling out fans can be a tricky business that has gotten more than one actor in trouble over the years, Schrieber handled things pretty gracefully here. "Halo" isn't the first show to be review-bombed on platforms like IMDb for somewhat spurious reasons. Just last week "Moon Knight" received a glut of negative reviews from fans not because it was a bad show but because it mentioned the Armenian Genocide, which is a politically hot button issue in parts of the world.

Whether you like Halo, hate Halo, or just plain don't care about it, it's a pretty fair statement that in order to weigh in on it with any sort of credibility, you kind of have to watch it. One point for the Master Chief.