"This is as explicit as it gets," said one observer. 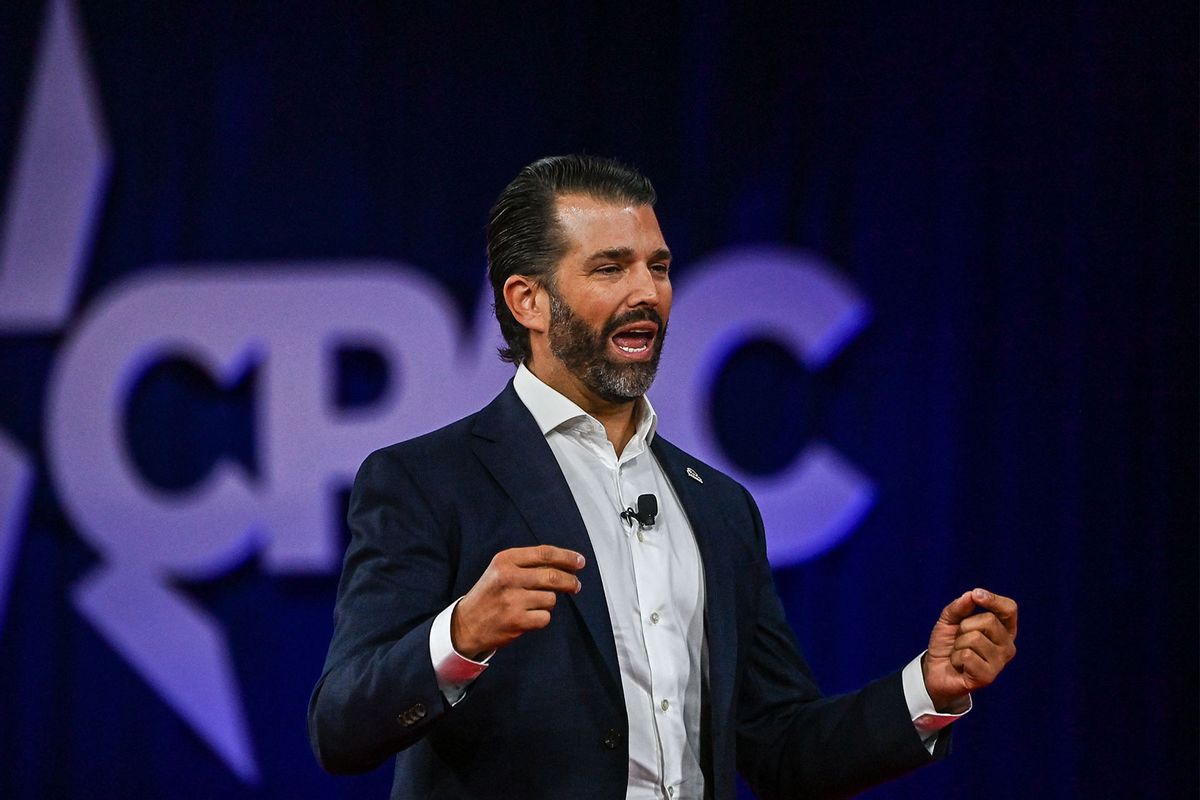 Text messages obtained by the House select committee that is investigating the January 6, 2021 insurrection revealed that people in former President Donald Trump's closest circle—specifically his son, Donald Trump Jr.—were strategizing before the votes were even counted how they could overturn the results of the 2020 election and make sure Trump served a second term.

As CNN reported late Friday, Trump Jr. texted former White House Chief of Staff Mark Meadows on November 5, 2020—just two days after the election and before President Joe Biden was announced the winner—to urge White House officials to use "operational control" to ensure a Trump victory regardless of the results.

He then suggested that Republican-controlled state legislatures in Pennsylvania, North Carolina, Wisconsin, and Michigan "step in" and put forward "Trump electors."

"This is as explicit as it gets," tweeted Yale University philosophy professor Jason Stanley.

The former president's son also suggested that the U.S. House could vote for president by state party delegation if neither Trump nor Biden got enough electoral votes to be declared the winner, with each state getting one vote.

"We either have a vote WE control and WE win OR it gets kicked to Congress 6 January 2021," said Trump Jr.

His final suggestion was having the White House dismiss FBI Director Christopher Wray, who angered Trump and his allies by not releasing information that they believed would be harmful to the former president's rivals.

Later that same day, Grenell announced that he was joining Trump campaign officials in filing a lawsuit to "stop the counting of illegal votes."

"Jr. was all in on the coup and demanding misuse of the government to investigate Trump's enemies," said New Yorker staff writer Susan Glasser.

Trump Jr.'s text messages were revealed less than two weeks after a federal judge found that the former president and his lawyer likely committed a felony in their efforts to overturn the election by filing dozens of lawsuits and demanding vote recounts—which took place in several states and never unveiled any irregularities that would have changed the outcome of the vote.

As Common Dreams reported last month, U.S. District Court Judge David Carter found the Trump campaign's strategy after the election was "a coup in search of a legal theory."