The climate case for seizing superyachts, Russian and otherwise 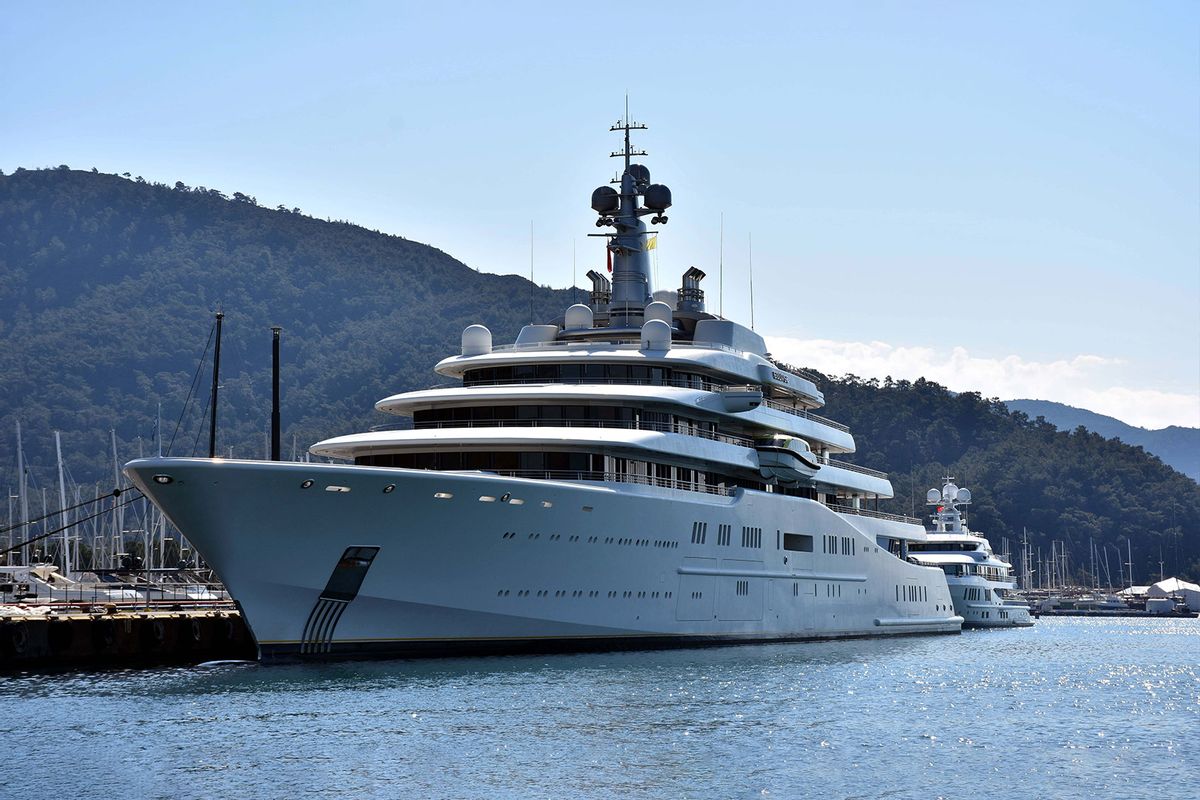 On Monday in Mallorca, Spain, the U.S. government seized a 254-foot yacht linked to Russian businessman Viktor Vekselberg, a billionaire and close ally of Vladimir Putin. This was the first such capture for the Biden administration under its own sanctions imposed after the invasion of Ukraine. It's one of several recent developments that drive home the outsize influence that the assets of the uber-rich have on both international diplomacy — and climate change.

Since the start of the Russian invasion of Ukraine, we've seen world leaders repeatedly use the tactic of appealing to the interests of the super rich to further their own agendas. On Sunday evening, for example, Ukrainian President Volodymyr Zelenskyy addressed the glamorous attendees of the Grammy Awards ceremony to urge them to support stronger sanctions against Russia. And over the past month, a number of international governments have worked to ban billionaire Russian oligarchs from their borders and to seize their most valuable assets, in hopes that they will demand Vladimir Putin put an end to the war so that they can get their yachts back.

Vekselberg's Tango is the latest superyacht owned by Russian oligarchs to have been seized from various harbors around the world. Multiple vessels owned by industrial billionaire and soccer club owner Roman Abramovich — including the Eclipse, the second-largest private yacht in the world — have so far eluded capture in Antiguan and Turkish waters.

In the case of defense conglomerate CEO Alexander Mikheyev's Lady Anastasia, which has been docked in Port Adriano in Mallorca, the story is particularly dramatic: A Ukrainian man who had worked as the yacht's chief engineer for a decade attempted to sink the boat in an attempt to retaliate against his former boss for his role in attacks on Kyiv. The vessel was captured by authorities a couple of weeks later.

Why do we care so much about the yachts? Well, for one, even the richest people in the world would probably feel the loss of a superyacht, as they're valued at tens or hundreds of millions of dollars. They're also such a poetic symbol of fuck-you wealth — you'd be hard-pressed to imagine anything more egregiously extravagant than a football-field-size boat complete with helicopter pad, pool, and movie theatre. And, to that end, they are also the most carbon-intensive asset you can own. (Well, not you. You will not own a superyacht. Neither will I.)

It remains to be seen whether this yacht-seizing tactic will lead Putin to rethink his invasion of Ukraine. But it does raise some questions about yacht-seizing as a form of climate mitigation! Bear with me.

Last month, "Bloomberg Green" published a breakdown detailing how much the carbon footprints of the world's 0.1 percent vastly exceed those of everyone else, but I'd like to focus on the yachts alone – specifically, the ones seized from Russian oligarchs in the past month. An analysis by Richard Willk and Beatriz Barros of Indiana University estimated the carbon emissions of Abramovich's 500-foot-long Eclipse at 22,440 metric tons of CO2-equivalent per year. (That doesn't even take into account the emissions that go into building the Eclipse in the first place, which are surely considerable.)

Using that figure, I've calculated some very rough estimates of the annual carbon emissions of our favorite currently impounded assets.

Altogether, they add up to about 112,000 metric tons of CO2-equivalent per year. To put that figure into context, it exceeds the combined carbon emissions produced by the Pacific Island nations of Kiribati and Tuvalu in 2018. It is worth noting that these nations in particular are so endangered by climate change that they could be lost entirely by 2100.

Which brings us to the (carbon) elephant in the room: Russian oligarchs are hardly the only super-polluting yacht-owners on Earth. American offenders in this department include business magnate and producer David Geffen, tech founder Larry Ellison, and Walmart heiress Ann Walton Kroenke. If we're trying to seize yachts as a roundabout method of international diplomacy, why not seize them to cut out millions of metric tons of CO2 per year? I mean, I don't know if you've read the latest IPCC report.