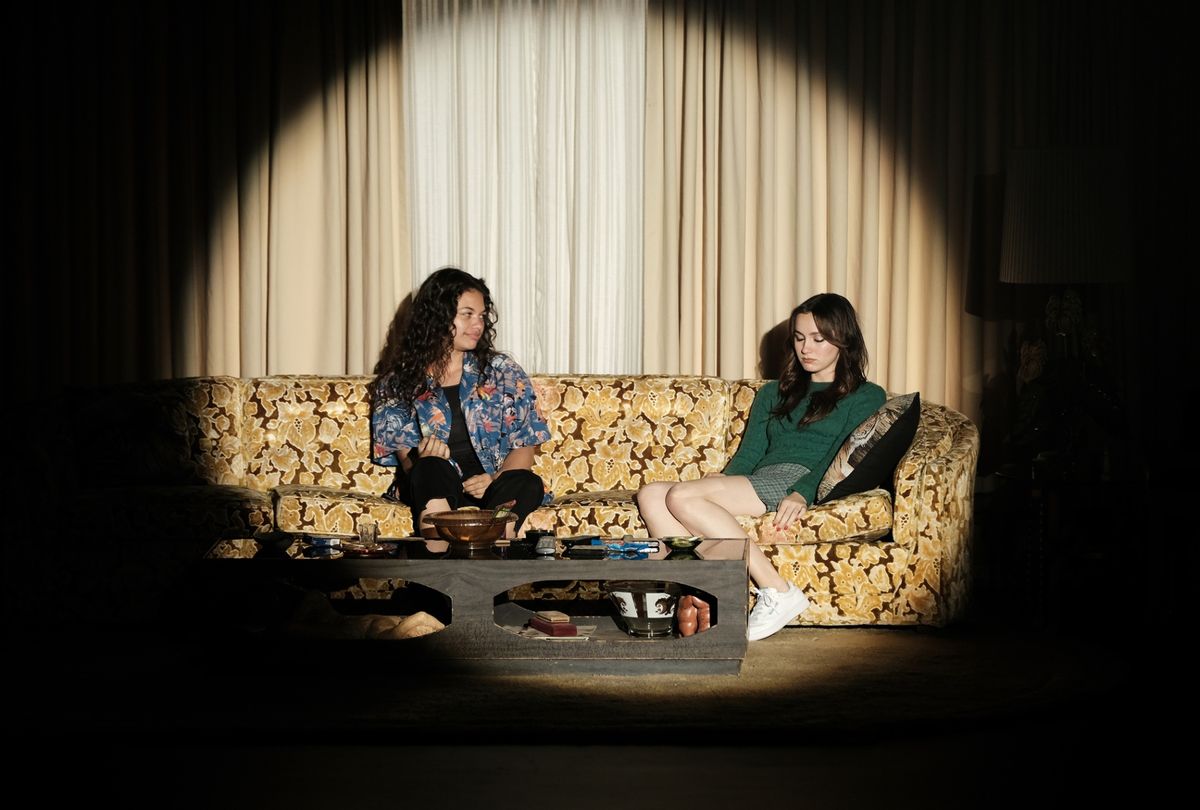 The series "Euphoria," whose second season was broadcast on HBO in the winter of 2022, continues to be a hit. The series tackles the status quo head-on with an aesthetic of transgression that works by shocking the expectations of viewers accustomed to certain narratives and themes. "Euphoria" surprises them with unconventional filmmaking and in the way it addresses several social issues.

As a doctoral student in literature and film studies, my research is situated at the intersection of audiovisual and gender studies.

The character of Rue, an anxious and cynical teenager with a substance abuse problem, dominates the narrative of "Euphoria." Her view of the world is sensitive, frank and intersectional, an inclusive concept that refers to breaking down different systems of oppression.

Rue is conscious of delivering a television narrative. She frequently addresses the audience directly, even amusing herself by manipulating the order and tone of events. More than just an off-camera voice, she freezes some scenes to provide context, or presents alternative scenes of what she wished had happened. Her narration is one of the few spaces she can control.

But Rue also appears to suffer from bipolar disorder. Or at least that's what the therapist she consulted as a child suggested, echoed by the extreme emotional swings she experiences. Coupled with her drug addiction, the teenager's breakdowns sometimes lead to intense moments where she skids out of control. This is particularly evident in the Season 1 finale, where Rue starts using again after a several weeks of abstinence.

The scene unexpectedly turns into a musical number where Rue leads as a soloist with a haggard look and disjointed body. She is joined by a gospel choir performing an erratic choreography of the song "All for Us" by Labrinth. The performance symbolizes repressed suffering.

The first few notes of the melody were heard several times during the season, though not for more than 30 seconds. Rue is usually able to suppress her distress, but she is overwhelmed by it in the season finale, which includes grief after her father's death and a romantic breakup. Rue's grief explodes and comes out as the entire song unfolds for the first time and she becomes part of the music.

Even when she knows she's at fault, Rue relates her misdeeds with a biting humor that makes her endearing. When she confesses her relapse, she intersperses the story with a monologue and slideshow addressed directly to the audience (Season 2). She admits that as the main character she may be letting her audience down, yet she sets straight anyone who might have forgotten the many times she said she had no desire to stop using. Rue finds creative ways to connect with the audience, and let them know she cares about their perspective.

Even though "Euphoria" is built on the narrative of a flawed and irreverent protagonist, Rue elicits empathy because she doesn't try to hide her fallibility. The series offers access to her subjectivity, for better or worse. The creator of the series strives for emotional realism. Two special episodes were released between the two seasons providing a slight break from suspense, a sign that the artists behind "Euphoria" also use staging variations to give the audience some respite.

From opioids to love addiction

At the heart of "Euphoria" is the passionate relationship between Rue and Jules. In contrast to the other relationships in the series, which are heterosexual and steeped in violence, this love story appears to be based on affection and consent. But Rue doesn't know the meaning of moderation, more so when it comes to love. The intoxicating feeling of falling in love becomes a substitute for her drug use — and an unsustainable responsibility for Jules. A break-up seems inevitable until Rue goes to detox, giving new meaning to the expression "toxic relationship."

Love addiction also arises with two other characters, Nate and Cassie, who have a secret relationship in Season 2. When Nate loses interest in her, Cassie enters an obsessive spiral: her days are punctuated by compulsive beauty rituals, with their harmful nature emphasized in the repetitive montage. Cassie's looks become more and more burlesque as her mental state deteriorates, to the point where her friends ask her one morning if she is dressed up for the school play. Even the other characters realize that Cassie is undergoing a transformation and that there is something off about her: At the climax of Season 2 she no longer seems to belong.

Like the British series "Sex Education" (Netflix), but in a different style, "Euphoria" manages to denounce and educate without adopting a moralizing tone. For example, the series contributes to normalizing certain situations of intersectionality for the public.

The series doesn't feature storylines on Jules' gender identity or any coming out, because its natural for Rue to be in love with a woman. Rather it denounces discrimination by contrasting the ease with which the protagonists embrace their gender fluidity with the stereotypical reactions of the men around them.

It is also the first time in the series that an unfeigned female orgasm is shown on screen. Even more, to Kat's embarrassment, it is revealed that Ethan has ejaculated in his pants. Kat's experience with Ethan shatters an important glass ceiling in "Euphoria" by showing a non-penetrative sexual encounter where a boy derives pleasure from satisfying his partner.

However, when Kat later realizes that her relationship with Ethan is not working for her, she expresses her dissatisfaction by drawing on the aesthetics of slasher and pornographic films. She fantasizes that Ethan is being put to death by a Dothraki warrior with whom she then has sex in front of Ethan's bloody corpse. Far from sticking to its own narrative style, "Euphoria" has fun drawing on different fictional styles to personify the inner worlds of its protagonists.

From tears to glitter: materializing paradoxes

The series attracted early attention for its ethereal yet alienating soundtrack, as well as for its unique make-up looks, which were widely reproduced on social networks. Glitter under the eyes, multicoloured eyeliner, diamonds in their hair: the teenagers of "Euphoria" display daily looks worthy of great fashion magazines.

Given the pessimistic nature of the show, this extravagant aesthetic is surprising, especially since the characters display it so casually. The reason for it is that "Euphoria," despite its jovial-sounding title, proposes a dysphoric rather than euphoric experience. Tears and glitter are mixed on Rue's face, who struggles to find balance between ecstasy and depression.

This ability of the series to make such paradoxes coexist is the cornerstone of its originality. The audience is witness to both the waves of happiness and the abysmal suffering of the characters. Nor does the show try to sugarcoat the pain to make viewing more enjoyable. The embodiment of such variation in emotions illustrates the complexity of the issues the protagonists are going through.

Getting the audience used to the unexpected

Human experience is full of contradictions. In using both realism and surrealism to show difficult realities, through both its narrative and audiovisual styles, "Euphoria" does not heed any thematic or artistic constraints.

In order to become engaged, viewers must be ready not to take anything for granted. A charismatic family man can be repressing a deviant sex life in which he abuses minors, just as the town's drug dealer can be one of the show's most empathetic and complex characters.

"Euphoria" is an unpredictable series that deliberately flouts convention in order to challenge several stubborn taboos in an uncompromising way.