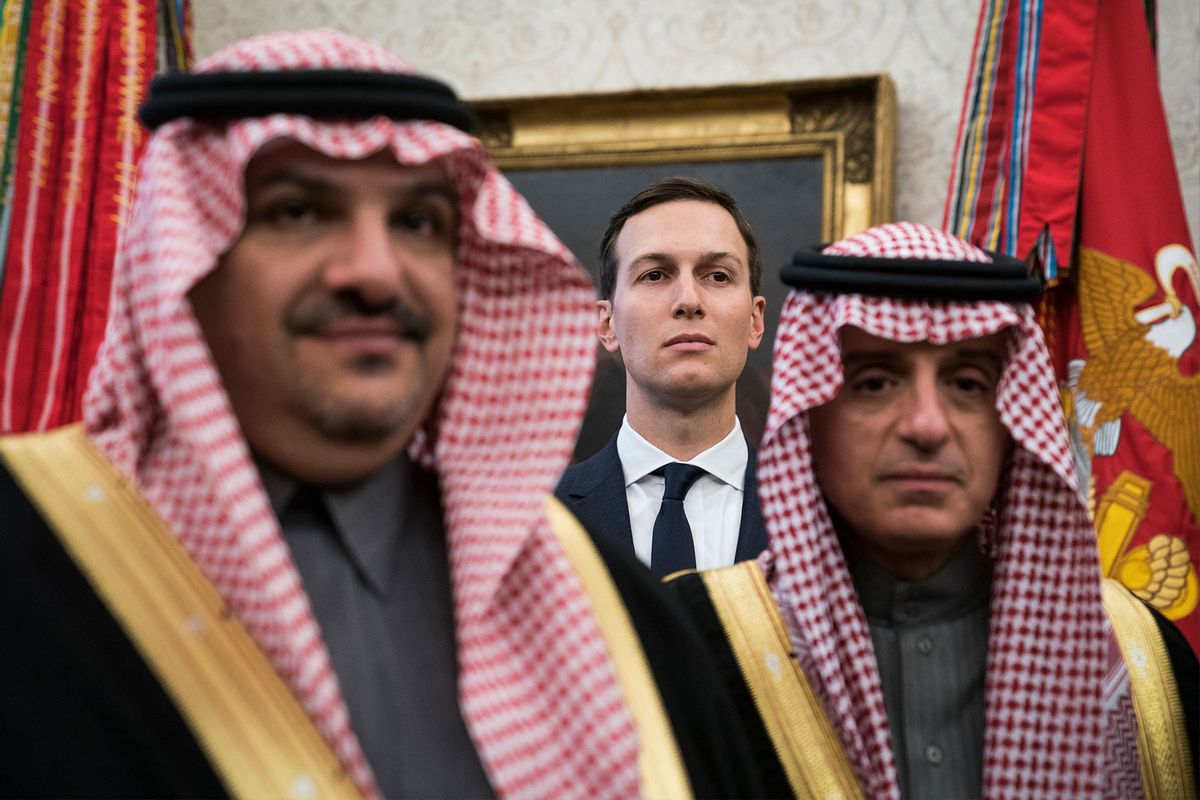 Former Trump official Jared Kushner, the son-in-law of former President Donald Trump, is using his past work in the White House as an asset for investors in his new Affinity Partners investment fund.

The Intercept has obtained a slide deck from Affinity Partners that pitches Kushner's experience cutting deals with the governments of Russia and Saudi Arabia as something that should give investors confidence that their money will be well spent.

In particular, the slide deck touts Kushner's role in negotiating an oil production cut with those two nations in the spring of 2020 in a bid to stabilize rapidly collapsing oil prices at the start of the novel coronavirus pandemic.

"Affinity's unique network and experience makes us a differentiated partner for companies navigating the rapidly evolving global political and economic environment," reads one slide obtained by The Intercept.

Kushner has come under scrutiny after the Saudi government invested $2 billion with Affinity Partners, despite the fact that a panel screening the prospective investment warned that Kushner did not have sufficient experience in this particular field.

A Kushner spokesperson defended his dealings with the Saudis in an email sent to The Intercept.

"Jared's track record in government was unprecedented," the spokesperson said. "His leadership and efforts led to the historic Abraham Accords, the [U.S.–Mexico–Canada Agreement] which was the largest trade deal in history, life changing criminal justice reform, Operation Warp Speed among many other achievements."