A jalapeño popper, reborn as your new favorite grilled cheese 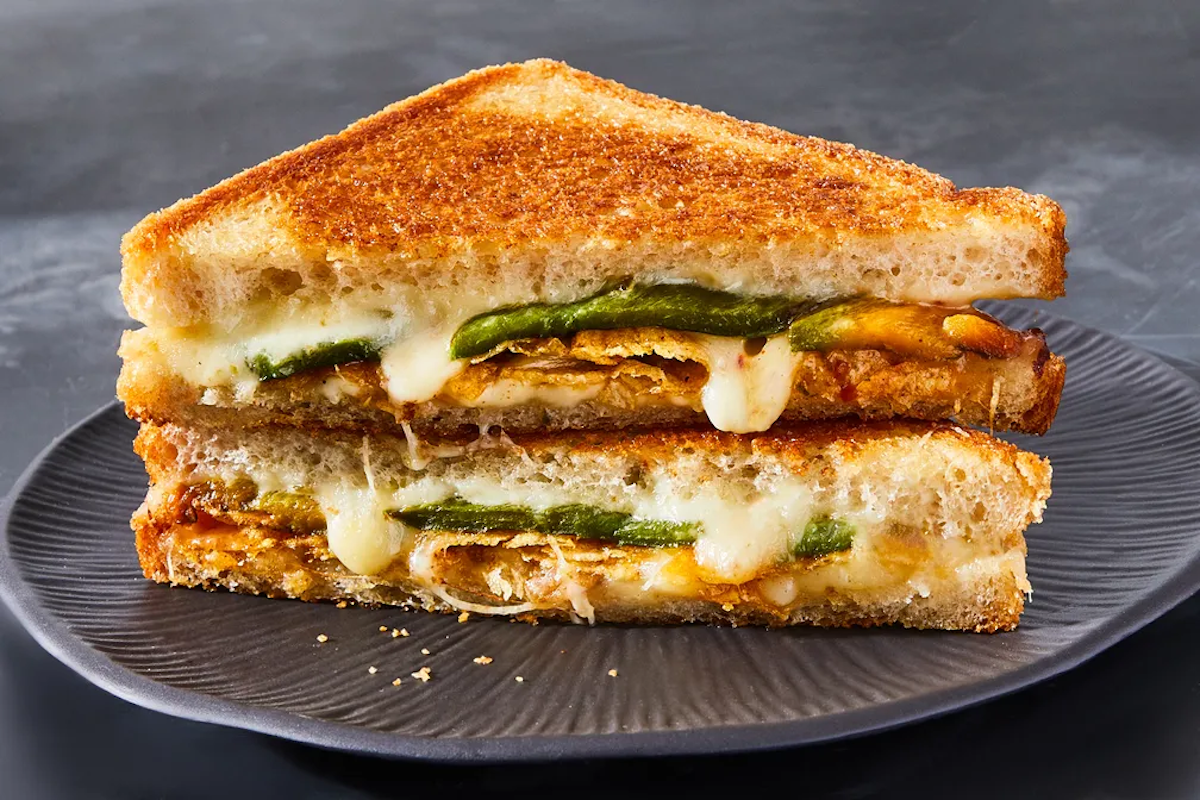 Just like what it sounds like — a jalapeño popper, reborn as your new favorite grilled cheese. If two peppers per sandwich seems outrageous, it is, but in a good way. The char from the broiler mellows the heat from sharp and stingy to smoky and warm. (And if you don't like spice at all? Well, you're in the wrong place.) You'll notice that the recipe offers two paths: crispy bacon or barbecue potato chips. Obviously, one way to think about this is: Do you eat meat or nah? But even if you do eat meat — not to pick favorites but, yeah, to pick favorites — the potato chips snatched my heart.