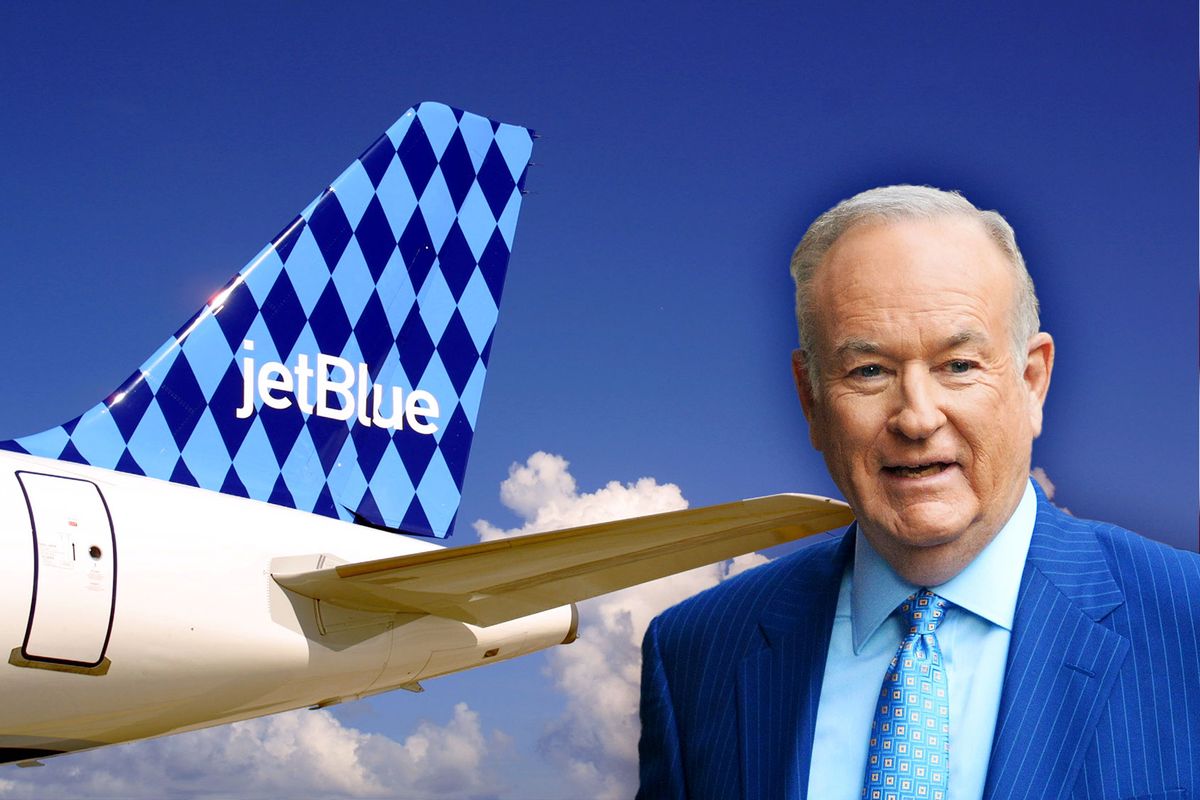 Disgraced Fox News host Bill O'Reilly was recently spotted calling a JetBlue employee a "f**king scumbag" after he was told his flight to the Caribbean islands of Turks and Caicos was delayed.

The video, which has already racked up 3 million views on Twitter, was first published by The Daily Mail. In it, O'Reilly is shown at a JetBlue terminal in New York's John F. Kennedy airport aggressively badgering an employee.

"What you're gonna do … it's three hours late," O'Reilly tells the employee. After the employee responds, O'Reilly says, "No, no, no. You're going to find out."

"You fucking scumbag," the former host continues. "Don't talk to me like that."

At one point, O'Reilly is shown holding the employee's badge, saying, "You're lucky I don't put my fist through it."

"You're threatening me with violence, man," the employee responds.

"No, I'm not," O'Reilly shot back before storming off. "You're gonna lose your job."

Asked about the incident, O'Reilly told The Daily Mail that he was set for a trip to Turks and Caicos but was told that his flight would be delayed by five hours. He reportedly acknowledged that the interaction had gotten "heated."

In a subsequent tweet, the conservative claimed that he was being unfairly maligned by the press. "The character assassins on social media completely lying about my interaction with a JetBlue guy who misled passengers during a five-hour delay," O'Reilly wrote.

RELATED: Bill O'Reilly has stopped his accuser from appearing on "The View"

It isn't the first of O'Reilly's outbursts. Back in 2008, a video of O'Reilly, then a Fox News host, showed the Republican commentator sounding off at his production team over his teleprompter malfunctioning.

Nearly a decade later, O'Reilly was fired from the network amid a series of sexual harassment allegations.