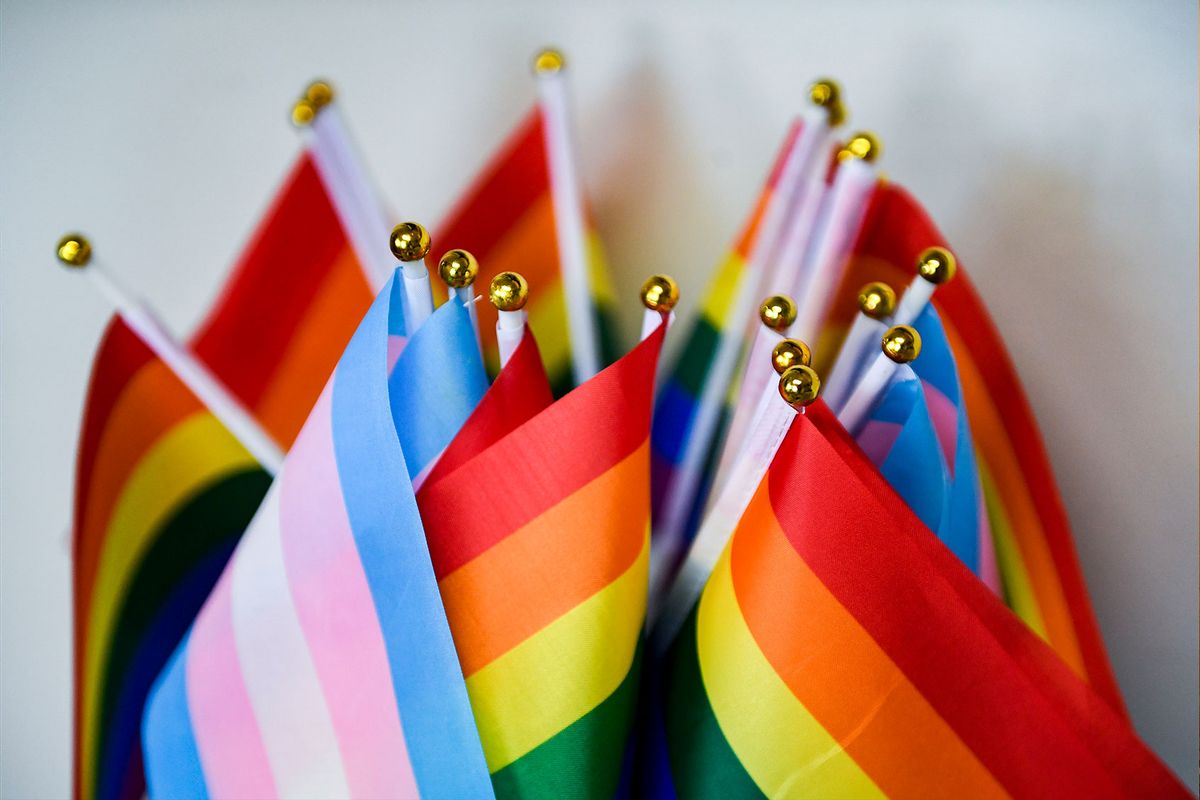 A Tulsa, Oklahoma middle school teacher was allegedly fired after refusing to remove Pride flags from his classroom.

Last Friday, Tyler Rathe, a seventh grade science teacher at Jenks Middle School, lost his job after displaying a number of flags representing his students' identities and countries of origin, according to KWGS. Initially, Rathe was put on administrative leave but was subsequently sacked after rejecting the school's request to take the flags down.

The ACLU has strongly objected to Rathe's firing, arguing in a Tuesday letter to the school's superintendent that the move was "unlawful" and "discriminatory."

"The administration's termination of Mr. Rathe for failure to remove Pride flags from a 2SLGBTQ+ teacher's classroom, unguided by any written policy, is an inherently arbitrary and prejudiced attack on free speech and free association," wrote staff attorney Hanna Roberts. "Erasing 2SLGBTQ+ imagery from the classroom will never erase  2SLGBTQ+ students or teachers, but it will certainly send a clear message to the Jenks Public Schools' 2SLGBTQ+ community – you are not welcome; your identity is not valued here."

According to KWGS, Roberts has not retained the ACLU to represent him in any legal challenge.

"Jenks Public Schools would be in violation of confidentiality laws if employment records are disclosed. All employees deserve dignity and respect," Loeber said. "Details of employment records will not be discussed or shared by JPS in a public forum. Employment actions taken by Jenks Public Schools are never based on discriminatory reasons. JPS adheres to non-discrimination policies in all personnel matters."

Rathe is just the latest educator to be fired over concerns around LGBTQ+ representation in the classroom.